Home > Astrology Articles by The AstroTwins > Year of the Sheep: Your 2015 Chinese Astrology Forecast

Year of the Sheep: Your 2015 Chinese Astrology Forecast 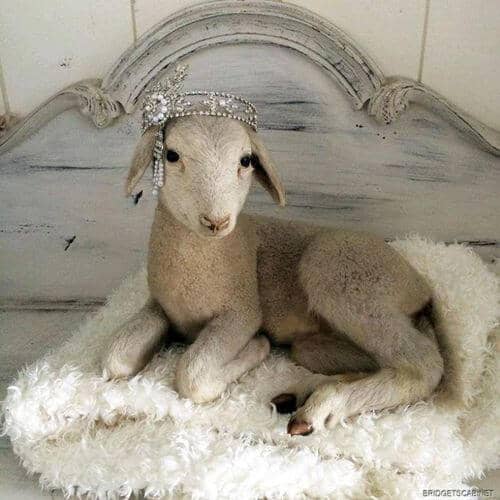 Just say baa! February 18, 2015 will kick off the Year of the Sheep in Chinese astrology. Bid adieu to the prancing, pompous Horse and all its 2014 fanfare. Instead of galloping hooves and in-your-face flair, we have the contemplative and indirect Sheep ruling the general vibe. Where the Horse comes on too strong, the Sheep can be a “woolly bully,” turning the tone passive-aggressive.

New to this type of astrology? Here’s the bottom line: In addition to your Western-based Sun sign, you also have a Chinese astrology sign. Based on a completely different system (which includes lunar calculations), the Chinese astrological calendar changes every January/February at the Aquarius new moon. The year of your birth can tell you a lot about your personality, interests and life path. (Find or learn more about your Chinese zodiac sign here.)

This year, we’ve invited the legendary Suzanne White, High Priestess of Chinese and Western Astrologies (and a Scorpio Tiger!), to give you a full rundown on what the Year of the Sheep will hold. We’ve been longtime fans of her book The New Astrology, which cleverly combines both “hemispheres” of astrology into one stunningly accurate system. Below is Suzanne’s insightful prediction for what’s in store for ewe, er, you (sorry, couldn’t resist) in the Year of the Sheep/Goat/Ram. So, what is this Sheep year all about?

by Suzanne White
Creator of THE NEW ASTROLOGY

Last May (2014), I read a piece in the Washington Post about how people in China and other Asian societies were rushing to get pregnant early in 2014 so they would hatch a Horse baby in the Horse year. They did not want to breed a baby in the Sheep year i.e. after Feb 19, 2015.

According to Chinese beliefs, Sheep (also called Goats) are meek creatures, raised for nothing more than slaughter. Many Chinese think that babies born in the Year of the Sheep will, therefore, grow up to be followers rather than leaders. We westerners might call this belief a superstition. But, it is true, that bazillions of Asians intentionally avoid having Sheep babies. They believe that Goat/Sheep children are destined for heartbreak and failed marriages. And worse… they think Sheep will be unlucky in business. One popular Chinese folk saying holds that only one out of ten people born in the Year of the Sheep finds happiness. (AstroTwins note: Even marketers are dodging the Sheep’s milquetoast reputation, according to this AdAge article.)

The above folklore may indeed be at least half true. In my own experience, Sheep people are intentional non-conformist outsiders. They often prefer not to fit in to any societal role. Some Sheep simply do as they please, when and where it pleases them to do it.

The luckiest Sheep are artistic or wildly intellectually creative. All the arts and innovations—from mandolin playing to haute couture to concocting new software—are abetted if the artist doesn’t care what society thinks of their work. Sheep do it their way. They paint or write or invent or dance or act or cook or grow things better than almost any other sign of the Chinese Zodiac.

However, no matter what masterpieces they produce, Sheep have trouble exploiting and protecting them. They are frequently hopeless when it comes to selling and buying, negotiating prices or putting money aside for a rainy day. Sometime Sheep are even at a loss to provide a roof over their own and their family’s heads.

The basic energy of Sheep subjects is Yin. Not Yang. Some say that Yin represents peace, harmony and tranquility. One would hope then that a feeling of utter world serenity might pervade in 2015.

Not so fast! Let’s look at previous Sheep years in memory:

Those Sheep years were anything but peaceful, harmonious or tranquil. It is true that Sheep years are Yin and so might be thought softer and less warlike than other years. However, that is clearly not always the case. When Sheep are challenged or their actions thwarted, they can switch from peace-loving Yinsters to vile aggressors, self-pitying and pessimistic cranks. And so with the years of the Sheep. They may at first give us an impression of serenity. But wait. There will be many slips twixt the cup and the lips to come in 2015.

This Wood Sheep year will be a time for all right-thinking peoples to pull together. If you ever wanted to start your own political party, participate in a group charity effort or teach Afghan children how to speak English, 2015 is your year. Any and all humanitarian endeavors will be supported and rewarded. Being one of “the good guys” will be encouraged. Bad guys won’t be popular and hypocrites will be flushed out of their secret lairs. The man or woman who is unfaithful to a spouse or lover will be rejected by their fellows. The employee caught with their hand in the till will be publicly ridiculed and severely punished. Crime and violence in film and TV will not be popular. In 2015, people will be more interested in the arts and culture than in watch- ing punishing sports events and viewing bloody cadavers. In short, from a day-to-day living standpoint, the Sheep year 2015 will be more clement and gentler to be alive in. Good riddance to the rigorous backbreaking Horse year 2014.

Sheep, as you may already know, can hardly be thought of as workaholics. They put in their time at work. But oftentimes their hearts and minds are elsewhere. Sheep are only work- crazy when the job at hand is something they are passionate about. Usually Sheep have a side interest to their day job and as soon as they grab the time, they are deeply involved in music or painting or inventing or sculpting or dancing or singing or collecting some oddball thing nobody else would take time to bother about. Not ordinary collector’s items such as butterflies or coins or stamps. Rather Sheep will accumulate a slew of obscure types of grasshoppers, old- fashioned alarm clocks or vintage frocks and hats from the early 20th century.

How does this unusual bent, affect us in the year 2015? Well, the year will not be about ambition, success or money. Instead it will be about people and their essential needs. Ef- forts to relieve poverty and stamp out rampant illness will be favored. Those of you who invent and innovate can expect to be given time and even funds for your projects. But if you are one of those money-hungry folks who thinks of nothing but earning more success and social standing, you will ride a bumpy road ahead in 2015. Sheep don’t care about ac- cumulating money. They care about musing in fertile fields, making and building things with their minds and hands; and they care about routine. Not a routine that they impose on others. Rather a safe, unchanging routine which they can be guided by and which allows them to do more of what they are passionate about.

Big changes are not designed to please Sheep people. Aggression for its own sake in not in the Sheep makeup. Sheep prefer stasis. They are a peace-loving lot. Hence, even though at present, we can hear the rattle of sabers loud and clear,

there is hope. Sheep are about compromise. So, if events go according to the Sheep’s plan, 2015, the year of the Green Wood Sheep will smooth its wooly balm over the various hostilities and keep them from inciting wars among the peoples of the earth.

In 2015 you will see families reunited. Harmony will return between couples. Runaway children will come back to the safety of their homes. The year encourages concession. These are turbulent times. 2015 will point the way through the storms and rekindle our belief in ourselves as one people who need to drop our petty individual quarrels, mend our broken fences and act as one human race to save Mother Earth from our own follies and excesses.

Read more from Suzanne White about how the Year of the Sheep will affect YOUR Chinese zodiac sign in our 2015 Planetary Planner.

Suzanne White is American, but she lives in both France and Buenos Aires. She has produced many best-selling books on western and Chinese Astrology, including The New Astrology. Suzanne’s readers around the world have dubbed her “The High Priestess” of both Chinese & Western Astrologies. Today, Suzanne White makes her living writing and selling her books as both e- books and paperbacks.She also does chart reading consultations for clients all over the world. To contact Suzanne directly, go to www.suzannewhite.com.

Consult Suzanne’s Daily Double Horoscopes and get a copy of her brand new bestseller: 2015 NEW ASTROLOGY HOROSCOPES – CHINESE AND WESTERN. 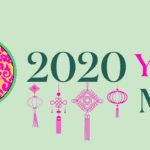 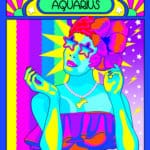 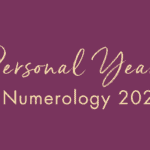