2016 Election Aftermath: Where Do We Go From Here? 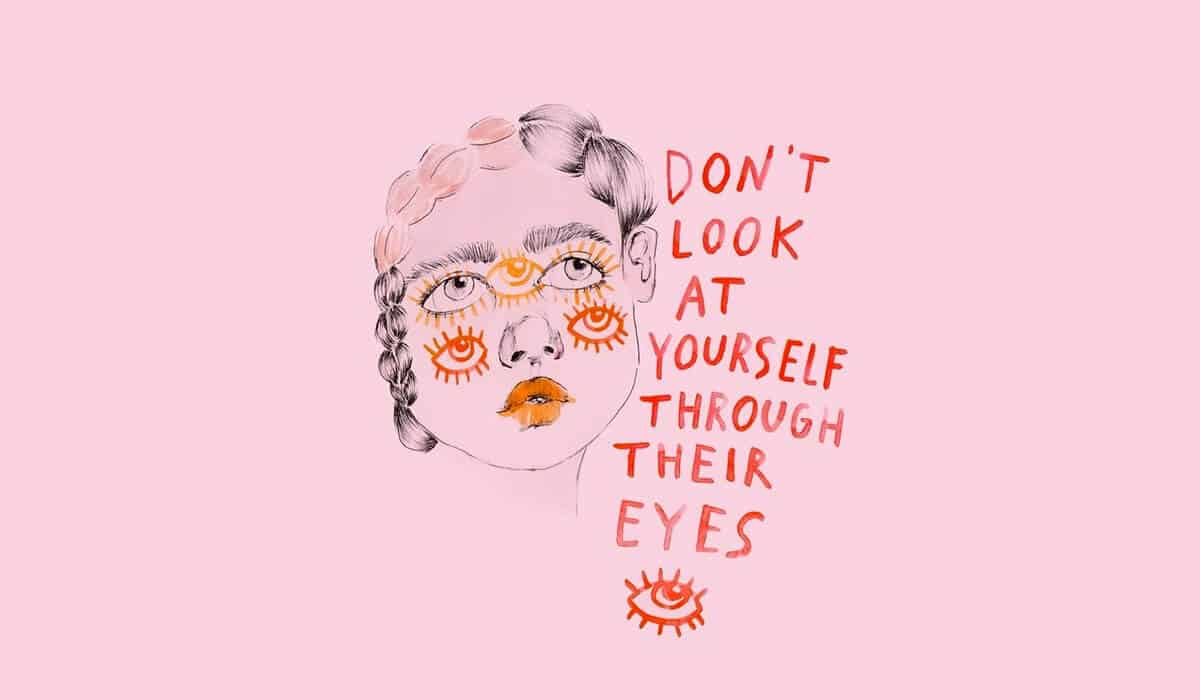 An open letter from The AstroTwins to our readers, the day after the United States 2016 election.

Speechless. Stunned. Shocked. Scared. Those were the words so many of our astro-tribe as more and more states turned red on the electoral map this November 8, putting Donald Trump ahead of Hillary Clinton. But the blood is on all of our hands now, as we must—like it or not—find a way to accept the results while still refusing to accept the horrific racism, sexism, anti-immigrant, xenophobic, bigoted demagoguery that has been a cornerstone of the Trump-Pence campaign. As one of our clients Akima put it, “My soul hurts.” Ours do too.

If you’re upset today, you’re not crazy. You’re having a sane response to insane circumstances.

You see, we understand what Trump is up to. It’s a snake-oil technique that’s used by many people in our own field. There are astrologers and psychics in the world who, like Donald Trump, build their platforms by preying on people’s fear. We’ve been to storefront palm readers or Tarot shops where a so-called medium incites panic, uses anxiety-provoking language and promises that their nebulous but magical solution or $100 crystal bath will transform our lives. There are astrologers who freak everyone out when there’s an eclipse, a supermoon or Mercury goes retrograde.

It’s the same technique as Trump declaring America a “disaster,” then promising that “I alone can fix it.” It worked with Brexit, too. The formula is simple: 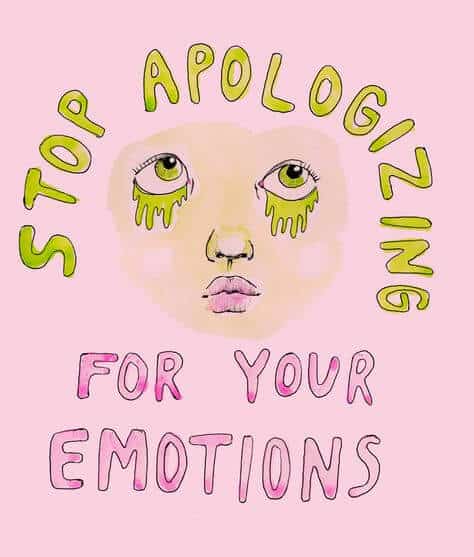 We want to encourage you, our readers, to find the light that is already burning within you. We don’t want you to see us as gurus or saviors—in fact, we reject the notion of gurus altogether. The answers are already within you, and our job is to help you discover them. Those seeking a savior will always be let down.

Wakeup call: This is a massive jolt—courtesy of Mars moving into lightning-bolt Aquarius on Election Day—that we all need to grab our power by the you-know-what. Whether Trump or Clinton won, none of us can afford to lean back and trust that someone else will just take the wheel. It’s time to lean in, to raise our voices, to protest and fight like hell when the new powers that be try to strip our rights away. Because from the looks of it, they will. 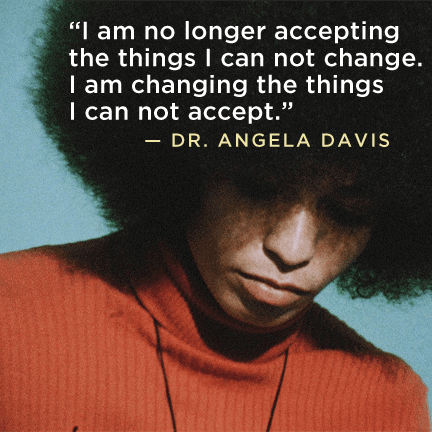 Why we can’t be neutral…or silent

Some readers have demanded that we be “neutral,” insisting that our job as astrologers is to impartially report through the lens of astrology. To all of you, we respectfully disagree. This was not an ordinary election. The fundamental values of Astrostyle—unifying people across differences, spreading love and enlightenment, teaching people to come from a non-reactive and empowered place—are flagrantly at odds with what the Trump rallies and campaign stood for. We could not be impartial about a man who was openly endorsed by the KKK, and who used white supremacist imagery to fire up hate and violence. If you’re upset today, you’re not crazy. You’re having a sane response to insane circumstances.

There are astrologers and psychics in the world who, like Donald Trump, build their platforms by preying on people’s fear.

Who are we? We are Jewish women whose grandparents fled the Nazis. The daughters of an immigrant father and a rabbi mother who heads an interfaith alliance bringing Detroit’s Jews, Muslims and Christians together. We are Detroit natives raised in a richly multicultural city that harbors one of the largest Arab populations outside the Middle East. Ophi is the mother of girls who will grow up with a president who became the poster child for rape culture while running for office. We’re feminists and former editors at Ms. magazine, the founders of HUES magazine the world’s first-ever glossy, full-color and nationally distributed multicultural women’s publication. The founders of AdiosBarbie.com and editor of the book Body Outlaws, which advocate for self-love and body positivity across all genders, races, cultures and identities.

Those are our roots, people. We have been schooled our whole lives on how Hitler came to power, tapping into the anger of the white poor and working class, and choosing an ethnic minority as their scapegoat. When Mexicans and Muslims are targeted in the same way, we refuse to be silent about it. We will not make a naïve, wide-eyed endorsement of a man who dehumanizes others. Silence, in fact, was the greatest crime of Nazi Germany…the “good Germans” who looked the other way allowed the catastrophic events to occur. We will not, and will never, participate in that. As Rabbi Hillel said, “If I am not for myself, who will be?”

2016 Election Astrology: So, what happened in the stars here?

For months people have understandably asked us: Who will win? Our own anxiety stopped us from saying anything definitive, because we knew our emotions would color it. What we DID predict were a ton of unpredictable curveballs. In truth, it didn’t look great for Hillary as a Scorpio, and we didn’t want anyone (ourselves included) to lose hope by saying that.

On September 9, 2016, expansive Jupiter entered Libra and Clinton’s twelfth house of secret enemies, illness and hidden agendas for 13 months. That very day, she was diagnosed with pneumonia and since then has been dogged by WikiLeaks and FBI director James Comey reopening the flimsy investigation right when she needed to be making her final big push to victory. We saw that, even if she did win, her first year as POTUS would be made into a living hell by Trump and his goose-stepping, blindly allegiant followers. (Of note: Vladimir Putin is a Libra, and surely he’s gloating in his Jupiterian bounty now.)

In the month leading up to the election, aggressive Mars and powermonger Pluto were both in Capricorn, the sign that rules the patriarchy.

As optimistic Sagittarians, we also knew that Jupiter in the twelfth house can also bring miracles, and we were hoping hard for one. We believe in the power of creative visualization, and Hillary’s debate performance seemed to be turning the tides.

In the month leading up to the election, aggressive Mars and powermonger Pluto were both in Capricorn, the sign that rules the patriarchy. Under this warlike and masculine starmap, it’s no surprise that the ugly side of the old boys’ club surged up.

We also know that Trump, a Gemini with a blustery Leo rising, could do himself in with double-talk. Never before have we actually HOPED that a Gemini would reveal a new personality…but if there was ever a time for Trump’s non-evil Twin to emerge, now is it. In face, he’s been championed by co-conspirator Geminis (Mike Pence, Rudy Giuliani, Newt Gingrich) and old-guard Capricorns (Donald Trump Jr., FOX News’ Sean Hannity…even Kim-Jong Un, who expressed pro-Trump sentiments). Oh, and a cadre of sellout Aquarius women: Kellyanne Conway, Omarosa Manigault and Sarah Palin. Ugh!

What’s truly scary though, is that in many ways, Donald Trump is just a messenger. He pulled the white hood off of the racist and hateful population that’s been there, seething with rage and sharpening their knives for eight years while Obama was in office. But he also gave them a voice. He unified them and brought them together. There’s power in numbers.

Trump pulled the white hood off of the racist and hateful population that’s been there, seething with rage and sharpening their knives for eight years while Obama was in office.

So let’s use Trump’s techniques and unify. As Sagittarius Margaret Mead said, “Never doubt that a small group of thoughtful, committed citizens can change the world. Indeed, it is the only thing that ever has.”

Enlightened and enraged friends, our work is just beginning. The planet needs lightworkers more than ever, people who are bravely willing to stand up against the hatred that has been unleashed on America and will seep into the Oval Office.

Interestingly, we have both seen 11:11 and 1:11 on the clock all week long, a call to higher consciousness. Let us not give all our power to Trump, even as we are forced to accept what feels like a literal death to many—a death of the hope and progress humanity has made in the past two decades. As with any death, we need to grieve. Certainly the day after the election feels like one collective funeral for progressive values and the rights of so many disenfranchised groups.

So, we must lean on each other, because that’s all we have. As we mourn, it will soon be time to move into action. Together, let us refuse to turn back the clocks.

WALL OF SHAME FOR OUR HATERS

We received these hideous and hate-filled response to our election coverage on Facebook, further underscoring our point. In our vow to not stay silent, we are sharing them with you. 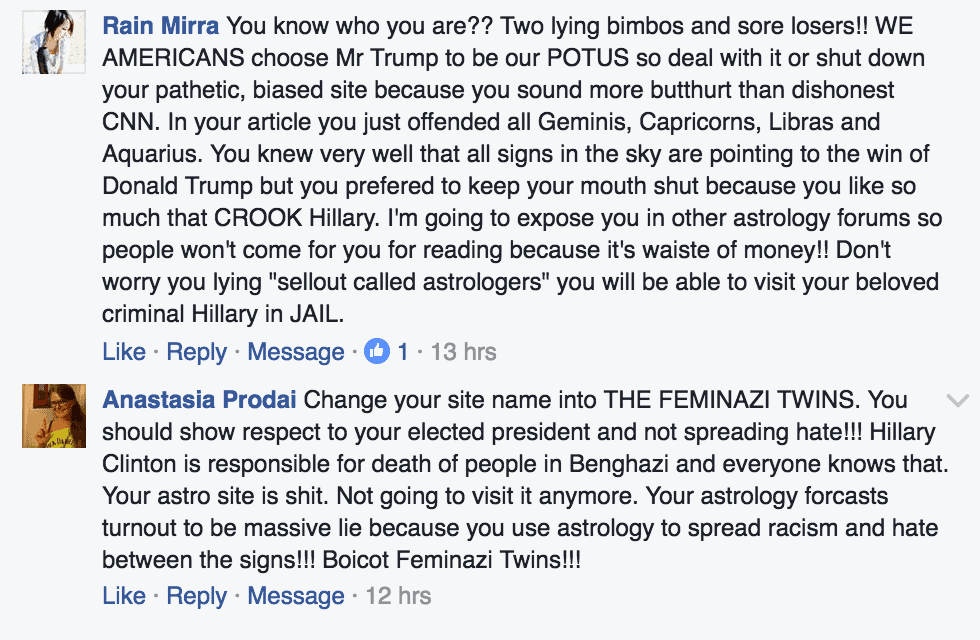 Oh, and here’s one more from Michael A., whose excellent spelling skills impressed us as much as his enlightened views.