April 2020 Horoscope: Where Do We Go From Here? 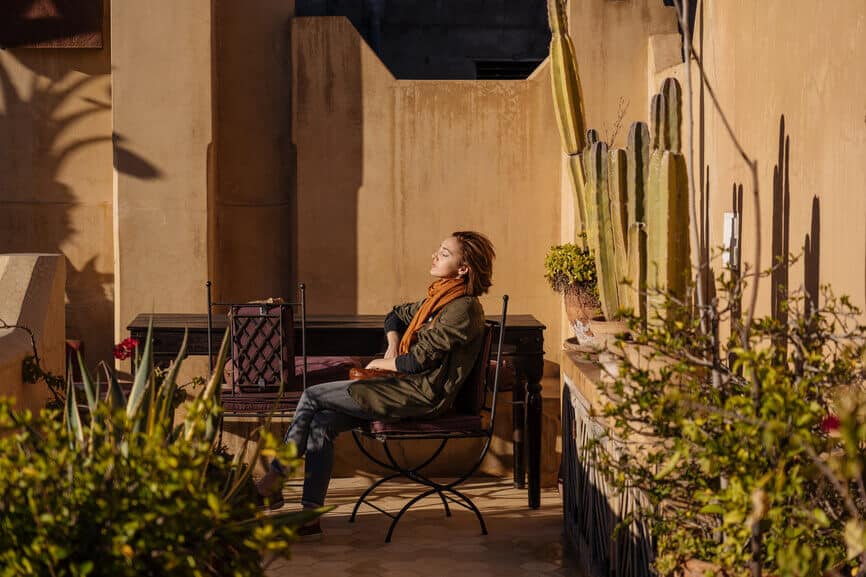 Spring arrives against a backdrop of Saturn’s social distancing and quarantines—and a major meetup of Jupiter and Pluto that could shape what happens next.

When T.S. Eliot wrote that “April is the cruelest month,” he probably didn’t mean it like this. But the Libra laureate’s verse sums up what many will feel as cherry blossoms and magnolia trees burst into life against a backdrop of global quarantine, illness and heart-wrenching loss. And with the Sun in Aries, the zodiac’s first sign, we typically emerge from hibernation to gather with friends, get physically active and descend on public spaces.

This year there will be no bustling rooftop bars, alfresco sidewalk cafes, bike rides and picnics. It’s all the harsher now that bubbly and affectionate Venus is making a long visit to interactive Gemini from April 3 to August 7. But with restrictive Saturn now in Aquarius, an air sign that governs public spaces and group activity, from March 21 to July 1, it could take from the spring equinox to just past the June 21 summer solstice (if not longer, in some places) before some semblance of “normalcy” returns.

And while Saturn in progress-driven Aquarius will continue to promote scientific and medical developments, the constraining planet is also causing (or exposing) shortages—from masks to test kits to toilet paper. The hopeful note? Tough teacher Saturn is “cruel to be kind,” like a building inspector who finds all the flaws in our system.

Indeed, we’re seeing our lack of preparation exposed in communal, Aquarian-ruled areas such as public health services, large cities and anywhere people gather. Parks and convention centers are being converted into field hospitals. People are still defying social distancing, at their own (and everyone’s) peril. At this writing, grocery store delivery people are calling in sick and organizing strikes; medical facilities are understaffed and out of crucial supplies. Saturn governs policies and enforcement—and while he’s in “power to the people” Aquarius, we can expect workers to (rightly) fight for proper protective measures.

Many astrologers trace the COVID-19 illness to a rare (once every 33 to 38 years) January 12 Saturn-Pluto conjunction. Tangible Saturn and secretive Pluto’s union makes the “invisible” visible—for example, a tiny but destructive virus that announced itself when Saturn and Pluto came within four degrees of each other in November 2019. While the two planets have parted ways, they’ll be back in close contact from July until December 2020, when Saturn takes its final lap through Capricorn. Hopefully, we’ll use the time prior to ramp up preparations, rather than getting lax again over the summer and fall.

Our advice: expect to deal with this situation throughout 2020. Why do we say that? Well, on April 4, shadowy Pluto will make its first of three rare conjunctions (meetups) with global and expansive Jupiter in Capricorn (the next two are on June 30 and November 12). On a positive note, Jupiter-Pluto conjunctions can bring major developments—new knowledge and progress, resourcefulness and hope. As they make their first connection, there’s optimistic news that Abbott Labs will mass-produce COVID-19 home testing kits and Johnson & Johnson is starting human trials of a possible vaccine.

At the same time, some history’s worst pandemics also fell during Jupiter-Pluto conjunctions, including the Bubonic Plague, the HIV/AIDS crisis and the 1918 Great Influenza (see our post “Pandemics, Plagues and Jupiter-Pluto Conjunctions” for more).

The silver lining: by truth-teller Jupiter exposing what Pluto’s been hiding, we can “know thy enemy. Some of these plagues peaked and receded following a Jupiter-Pluto summit. The Black Death of 1771—which is the last time Jupiter and Pluto met in Capricorn—was one such instance. It may take until their last union on November 12—or a hopeful Jupiter-Saturn meetup (the Great Conjunction) at the winter solstice—for the world to develop a real recovery plan.

In the meantime, we have April. You’re here, you’re probably stuck at home and we pray that you and your loved ones are healthy. Somehow, we must remain connected as human beings, even if we can’t see each other in person. With boundary-planet Saturn in Aquarius, we’re socializing and gathering through barriers, celebrating Passover, Easter and birthdays through screens and video chats or with much smaller groups.

The April 7 Libra full moon—a pink supermoon—spotlights our relationships. Who are the most important people in your circle? Anyone under quarantine has been handed a whole new basket of interpersonal stressors. If you live alone, you could be combating isolation. If you live with others, sharing space 24/7 has probably brought new challenges. While many have found a secret relief from the busy, nonstop pace of life, this diplomatic full moon is here to help you sort out what’s NOT working. And with a tense Mars-Uranus square arriving the same day, resentments could reach a boiling point. Tap these harmonizing moonbeams and creatively compromise.

Taurus season arrives on April 19, as the Sun settles into this grounded earth sign through May 20. Get out into “nature” even if it’s just your front porch or for a walk at an appropriate distance. Bring green into your world, whether you plant a kitchen window box herb garden, pick up a potted aloe plant or paint a wall a vibrant, verdant hue. The Taurus new moon on April 22 reminds us to appreciate each moment—and to “be here now,” in the words of the late (Aries) spiritual teacher Ram Dass.

On April 25, Pluto starts its annual five-month retrograde, backspinning until October 4. While retrogrades get a bad rap (rightly so, Mercury!), when the slow-moving outer planets recede, it can actually be a blessing. With Pluto causing so much havoc this year, we’ll be glad to see him move to the backseat/time-out chair. Pluto rules, among many things, death, so perhaps during this retrograde, the toll of the virus will lessen. We certainly hope so!

A powerful moment of progress and innovation ends the month, when the bold Sun and ingenious Uranus make their once-a-year alliance on April 26. As the unite in Taurus, an important scientific or societal breakthrough could help us all get a better idea of where we stand.