Year of the Monkey: Your 2016 Chinese Horoscope

The Chinese Year of the Fire Monkey begins on February 8, 2016. What will this new lunar horoscope year bring for us all?

by Suzanne White, The New Astrology 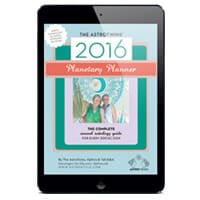 PinNote: You can read Suzanne’s complete Year of the Monkey forecasts for every Chinese zodiac sign in our 2016 Planetary Planner & Horoscopes Guides!

The influence of the Fire Monkey in 2016 will cause many of our preconceived notions to hit the fan. It’s going to be a scurrying kind of year. Individuals can accomplish great deeds. But extremist group movements will have less and less effect on the world at large. Fire Monkey years are chockablock with wakeup calls for all and sundry. Fire Monkeys have no time for ostriches.

Sweeping global shifts are afoot. Whether it’s climate change which brings everything from volcanic eruptions to cyclones, drought, floods and unbearable heat and cold spells, or it’s the prevalence now of religious wars when enemies fight each other over whose God is the best God and whose God doesn’t count—these, we know, are futile wars. But they exist and will persist and even try to worsen in the Fire Monkey Year.

The Monkey is the problem solver. The arrival of a Monkey year, just at this juncture, is like a sunrise full of hope.

Another planetary niggle in 2016 will be about massive exodus and immigration of desperate refugees from the above-mentioned conflicts. Many war-torn countries today can do nothing for their people who are homeless and frightened and hungry. So these same people (understandably) need to leave their stricken lands and find a place where they can live in safety and peace and try to make a better life for themselves.

Trouble is, where can they go? Where will they be welcomed and accepted? Looks like 2016 will be chockablock with trials and tribulations. In other words, 2016 might be the perfect time to Dial-A -Monkey.

Because 2016 is a Fire Monkey Year, progress will be accelerated in all the above areas. Wars might not stop being fought and tornadoes and earthquakes may not desist. But the Monkey is the problem solver. The arrival of a Monkey year, just at this juncture, is like a sunrise full of hope. Monkeys find solutions to even the most labyrinthine of issues. And they do it in subtle ways that other less wily and crafty signs would find impossible. Everybody’s life will be somehow altered because of the Monkey’s know-how in 2016.

In 2016, alternative energies to dangerous pollutants will suddenly be taken seriously and developed quickly. Populations everywhere will begin calling for reforms to delay the progress of global warming. Detractors and fanatics who have resisted the idea of climate change will be forced to accept that the consequences of their faulty beliefs are grave and they can no longer hide behind reactionary rhetoric. Let’s face it: When the underpinnings of their million dollar seaside villas begin eroding and their houses teeter on the brink and threaten to topple into the ocean, even the most conservative climate change dinosaurs will begin to pay attention to what reforms are necessary to save the earth from self destruction.

In 2016, unconventional medical advances and a new respect for naturopathic cures will also thrive. Already we see that scads of people are fed up with allopathic remedies that not only make people sicker, they don’t always cure them. Instead they treat the symptoms—not the cause. The Fire Monkey will see to it that this trend changes. In 2016, more and more patients will be drawn to homeopathy, acupuncture, osteopathy, naturopathy, traditional Chinese medicine, Ayurveda and many other nonconformist techniques. Health maintenance and disease prevention products such as food supplements and natural healing methods will begin to be taken seriously. 2016 could be just the right time to invest in the stocks of laboratories which make vitamins, homeopathic remedies, food supplements and the like.

During this Fire Money year more and more countries will be outlawing toxic insecticides and refusing to allow farmers to use genetically modified seeds (GMOs). It’s the Monkey’s job to clean up what has gotten muddled and soiled through greed. Monkey years are famous for making order out of chaos. Monkeys are forever seeking novel solutions for all the world’s problems.

The Monkey, instead of looking at the problem, looks through it, calculates the risks and then begins to pick it apart. This unique method of sorting out predicaments gives the Monkey an edge. Monkeys have few hostile verbal confrontations because their enemies know full well that they are up against a superior Monkey mind.

This is not to say that the Monkey year will always favor your side. If you are a Dragon or a Rat, you might have an easier row to hoe in 2016. Not so the Rooster or the Dog who consider Monkeys scatty and inconsequential. And by comparison to the hardworking Horse or the slog and drudge Ox person, Monkeys look like lightweights. But they are not. Monkeys achieve their goals. But often they don’t succeed merely through sheer toil and trudge. Monkeys get what they want by adapting their behavior to the situation and then setting about dismantling it in order to fix it.

On a personal level, everyone will be called upon this year to take stock of the condition of their bodies. Some of us have developed chronic conditions such as carpal tunnel syndrome, trick knees or tennis elbow. Some people ache in every joint. 2016 will be the perfect year to start a regimen and perform at least one detox. Simultaneously, get yourself to a physical therapist who can guide you through exercises to heal even the most painful and debilitating complaints.  Too, you should either join a gym, swim four times a week, jog or sign up for courses in Pilates, Yoga, Zumba or cycling. If you can afford it, hire a coach to assist you in building and maintaining muscle. If you’re feeling sluggish, see a nutritionist and follow their instructions. If all of the above approaches are also above your means, grab a throw rug and download an exercise video. The Fire Monkey year urges and even pushes us to find original ways to remain healthy and strong.

Love in the Fire Monkey year? Well… it’s iffy. There are some New Astrology™ signs whose love lives will float along without incident this year. Others of you will encounter snag after snag, often having to do with one of the members of the couple evolving and growing in a direction that both frightens and alienates the other. If you are planning to improve your life and/or make huge personal changes this year, don’t forget to inform your partner and, if they so desire, take them along for the ride. The more you do together, the closer you will become. No matter how passionate you are about your bodywork and cures for chronic ills, remember to maintain a satisfactory level of passion between the sheets.

The real estate markets will improve in 2016.  Low interest bank loans for mortgages will become more available. The banks themselves will show more flexibility with the people they lend money to. In all 50 U.S. States, same-sex couples can now be married. This breakthrough alone means that 2016 will see new approaches to fusty old obstacles. As Bob Dylan warned way long ago: The times they are a-changin’. Banks will become more user-friendly. And if you are buying or selling property, don’t hesitate to negotiate the price. Monkeys applaud and encourage the haggler in us.

In the Fire Monkey year you can get ahead, create new concepts, start a business or leave a job. This is a time to be bolder and cleverer than the next guy. But remember that this Fire Monkey year will also be rife with chicanery and deceit. You must play each opportunity deftly. Do not barrel ahead on any project or make any investments that you have not thoroughly researched. Study each situation and pore over complex documents ‘til your eyes are popping out of your head. Just because 2016 is a leap year doesn’t mean you should leap before you take a good hard objective look at all the details. Nonetheless, forge onward. Take charge and dare in the Fire Monkey year.

But before you rush into any enterprise—be it personal, romantic, professional or social—do your homework. The Monkey encourages the spunky, audacious you. But he or she might also be hanging out on a neighboring branch, waiting for you to show weakness. When you do, the Monkey may swing right on over and snatch your banana. 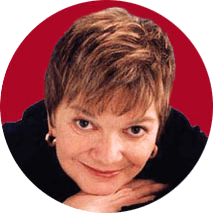 PinSuzanne White is American, but she lives in both France and Buenos Aires. She has produced many best-selling books on western and Chinese Astrology, including The New Astrology. Suzanne’s readers around the world have dubbed her “The High Priestess” of both Chinese & Western Astrologies.” Today, Suzanne White makes her living writing and selling her books as both e-books and paperbacks.She also does chart reading consultations for clients all over the world. Consult Suzanne’s Daily Double Horoscopes at www.suzannewhite.com and get a copy of her brand new bestseller 2016 New Astrology Horoscopes—Chinese and Western.