Eclipse Season: How to Cope with Spring’s Unpredictable Changes

Eclipse season is upon us! In 2015, there will be four page-turning eclipses, which can bring moments of unexpected change. This spring, there are two eclipses—a March 20 Pisces total solar eclipse, which accompanied a supermoon AND the spring equinox (whew!); and the April 4 total lunar eclipse in Aries.

Here’s what you need to know to prepare and make the most of eclipse season.

Okay, what is an eclipse?

Eclipses happen 4-6 times a year, bringing sudden changes and turning points to our lives. If you’ve been sitting on the fence about an issue, the eclipse will knock you off and force you to face the facts. Truths and secrets will rise to the surface. Things that aren’t “meant to be” will be swept away without notice, leaving space for a better fit. Eclipses are like giant industrial vaccuum cleaners. They either suck away the messes, or clean up what’s gotten dusty and leave it shiny and new. Procrastinate if you must, but it’s best to find out when the eclipses are, so you deal with your issues in advance—before an eclipse deals them right back to you.

There are two types of eclipses—solar and lunar. Lunar eclipses happen at full moons when the earth passes directly between the sun and moon, cutting off their communication. A solar eclipse takes place when the new moon passes between the sun and the earth, shadowing the sun. The effect is similar to a spiritual power outage—it either makes you feel a little off-center, or makes your mind crystal clear. The effects of an eclipse can usually be felt for 3-5 days before and after (some astrologers say eclipses can announce themselves a month before or after, too). Expect the unexpected, and wait for the dust to settle before you act on any eclipse-fueled impulses.

Is there a naturopath in the house? Two solar (new moon) eclipses fall on the Virgo-Pisces axis this year, on March 20 and September 13, kicking off a two-year series.

Virgo and Pisces are the signs of health and healing, so everything ranging from government healthcare to alternative treatments and even the “afterlife” could be totally reformed between now and 2017. Eclipses are paradigm shifters, and they fall in opposite signs. In one camp, we have eclipses in analytical Virgo, which is about science, medicine and empirical data. On the other side, we have mystical Pisces, beckoning us to explore chakras, energetic bodies, quantum physics, self-healing and all things that modern medicine can’t explain.

Virgo rules the earth and Pisces rules the seas. Expect more headlines about melting polar ice caps, the safety of our oceans, and the widespread shortage of clean, accessible water. These are also the two signs associated with service, charity and giving back. Here’s hoping these eclipses awaken the spirit of good and kindness that lives in every human. The March 20 eclipse is also a perigee Supermoon—meaning there’s a short distance between the moon and the earth, so we’ll feel the effects of this total solar eclipse profoundly.

The Aries/Libra eclipses: Individuality vs. relationships.

Is all about me…or all about us? This year also brings two powerful total lunar eclipses in Aries (September 27) and Libra (April 4). Libra is the sign of partnership and compromise, so spring could resound with themes of togetherness. Hello, dynamic duo! But before you lose yourself to the power of the plus-one, a second eclipse puts your autonomous needs in the spotlight. Aries is the sign of individuality, so fall could bring a shining solo moment for us all. The Aries lunar eclipse is also a Supermoon, so its effects will be bold and impossible to ignore.

This series of eclipses started October 2013, and will end with a Libra lunar eclipse on March 23, 2016. From a broader view, some would argue that the rise of social media and constant connectedness (Libra) has cultivated a culture of narcissism (Aries) as a side effect. Media theorist Douglas Rushkoff’s book Present Shock: When Everything Happens Now asserts that our sense of time has been warped into a frenzied, futureless present tense—filled with flash mobs, pop-up shops, pinging devices and what he calls “digiphrenia,” the social media-created effect of being in multiple places, or more than one “self,” all at once. Below, Rushkoff explains the impact of digiphrenia: 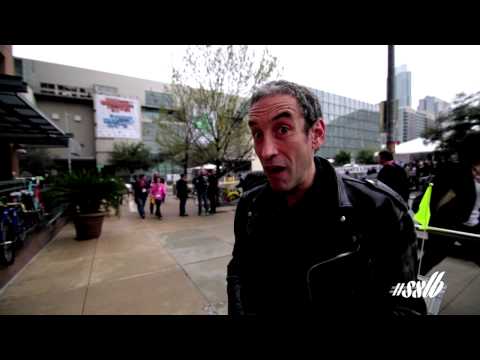 The impact of being simultaneously together and alone will continue to be a hot topic in 2015. In fact, the Spike Jonze movie Her, which literally premiered at the first Aries lunar eclipse (October 2013), starred Joaquin Phoenix as a lonely man who falls in love with the female voice in his operating system. The October 2014 Aries lunar eclipse brought us the ABC network sitcom series Selfie, about a formerly unpopular girl who reinvents herself with social media, only to become an insufferable narcissist. But when a SNAFU strikes, she finds that she has no real friends, so she enlists the help of her firm’s marketing guy to help her become less of a pill.

Perhaps it’s time for one less selfie, or as our Libra friend Joanne suggested, to throw a party where cell phones are checked at the door along with coats. A new spin on the “if a tree falls in the forest and nobody sees it, did it happen?” riddle could be: If a great time was had by all and nobody Instagrammed it, did the party exist? Already people are doing cell-free Sundays along with their meatless Mondays, or seeking new ways to feel connected without being device-dependent. The Aries/Libra eclipses this year could continue to help us strike a balance.

For more on how the 2015 solar and lunar eclipses will affect your own zodiac sign, download a copy of our 2015 Planetary Planner.