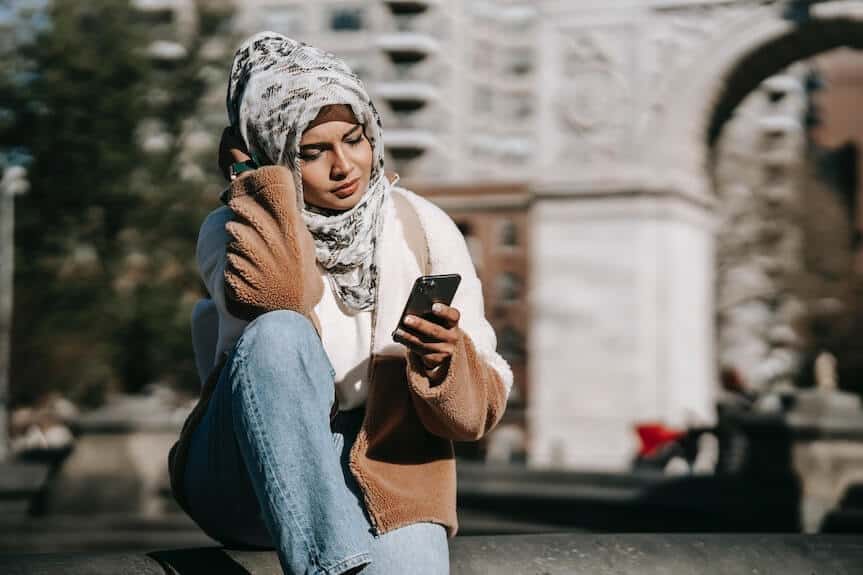 Messenger planet Mercury makes a U-turn in Libra from September 27 to October 18—its final retrograde of 2021. What will the Fall 2021 Mercury retrograde mean for you?

Mercury retrograde makes headlines for being an all-around signal scrambler. During these three-week backspins, communication is tricky, travel can take longer, and the fine-print can seem extra tiny. It’s good practice to take an extra step to read a text before pressing send (be sure your side-convo isn’t on the group chat), double-check flight times, and have another set of eyes on contracts.

Mercury retrogrades are also known for reappearances of things from our past, including past loves. We wrote about this for Elle: Fall’s Hottest Trend: Getting Back With Your Ex. It generated a lively discussion on our Instagram! So, will you block your ex or bring some Bennifer 2.0 back into your life?

How to move through the Fall 2021 Mercury retrograde, by zodiac sign

Don’t take things at face value in your key relationships, Aries. From September 27 until October 18, messenger Mercury will be spinning retrograde in Libra and your seventh house of partnerships. Even if you (or they) have the best intentions, this backspin can scramble signals and make innocent comments sound fraught with accusations. Take this as a “warning” to be extra clear in your communications with everyone you care about and to let your beloved know what you’re needing without them having to guess!

“Better safe than sorry” goes double over the next three weeks as nimble Mercury turns retrograde in Libra and your sixth house of health, organization and self-care, Taurus. You probably never leave home without a mask and sanitizer, but even beyond that, with cold and flu season looming, it can’t hurt to strengthen your immune system with fresh produce, supplements, plenty of hydration—and sleep. While you’re at it, work on managing those stress levels!

Messenger Mercury turns retrograde beginning September 27 in your fifth house of amour and creativity, so be as prepared as possible for things to go sideways in those departments until October 18. Don’t be shocked if someone from your past—perhaps a former flame—reappears, Gemini. But don’t feel like you have to take their bait. If things didn’t end well the first time, why would you expect a do-over to turn out any differently?

Things may get a little wonky on the home front over the next three weeks as communication planet Mercury turns retrograde in Libra and your domestic fourth house. Ride out any storms and don’t get defensive (or go on the offense) with someone who isn’t living up to a commitment or is saying one thing and doing another. The winged messenger won’t straighten out until October 18, so rather than inadvertently pouring gasoline on the fire, keep a healthy distance from any drama, Cancer.

On your best days you can be a mindful conversationalist, Leo, but when chatty Mercury turns retrograde on September 27 (until October 18), you might not be able to hold your tongue. This backspin will whip through Libra and your third house for the next three weeks. Plan to say as little as necessary, and if there are important work calls or a potentially emotionally combustible conversation, try to postpone them till after the cosmic messenger corrects course.

Keep your mind on your money and your sharpest gaze too, Virgo. As your ruler, mindful Mercury, turns retrograde in your financial sector second house, it will bring its signal-scrambling energy to various fiscal and security issues through October 18. The takeaway? Stay aware of your spending AND what comes out of your mouth. You may feel like you can’t slip up, but one mindless comment could threaten an all-important bridge! Working with a colleague from your past could bring a sequel success. Reach out and explore.

Words may escape you starting September 27 as the winged messenger planet kicks off its Fall 2021 Mercury retrograde in your sign. No need to slip off for a silent meditation retreat. But during this backspin in your first house, which lasts until October 18, you’ll be presented with opportunities to consider your communication style. Where can improve on things, even subtly? For instance, what strikes you as nice and polite could confuse people who like to get straight to the point. And watch for that bossy streak, Libra. Even if you’re speaking in dulcet tones, people won’t take kindly to being ordered around.

Even if you have to literally bite your lip over the coming three weeks of the Fall 2021 Mercury retrograde, it’ll be worth it, Scorpio. With the cosmic communicator, Mercury, retrograde in Libra and your unconscious twelfth house, it pays to be less glib and more introspective, especially in conversations about sensitive subjects. Things that roll off your back can hurt a more sensitive person to the quick. While you’re under this self-imposed “gag order,” become a better listener. You never know what you might learn!

You might be tempted to unleash your bawdy, unfiltered wit in a group setting, but as mindful Mercury turns retrograde in Libra and your eleventh house of teamwork, look out! A few of your bon mots could offend, or worse, get you canceled from September 27 to October 18. Especially if this is a time-sensitive project, save the quips for another time (or audience) and stick to the simplest, most concise instructions possible. And even then, Sag, realize that with the cosmic communicator off-course, things can—and probably will—be misconstrued. So back everything up with a paper trail!

Hurry up and wait? You may have to curb your enthusiasm or at least tamp down some of your career ambitions, Cap. Starting September 27, Mercury the cosmic communicator flips into retrograde in Libra and your professional tenth house. On the upside, it’s a chance to scale BACK on plans that might not have been tenable. Review and revise to your heart’s content. And if you shift your focus to behind-the-scenes developments, you can stun with your debut once Mercury corrects course on October 18.

Oh, the irony! If you’ve been waiting all year to book some sort of a trip, you may need to double- and even triple-check all the pieces of your itinerary. Cosmic trickster Mercury turns retrograde in Libra and your ninth house of travel and adventure. It’s not that everything will come undone, Aquarius, but things that feel like a “lock” could go sideways. So between September 27 and October 18, take nothing for granted and make “Hi, just confirming!” your new mantra.

Your poetic sign sometimes forgets that not everyone is as abstract of a thinker as you are, Pisces. And while there’s plenty of charm to your mindset, it doesn’t always work to your advantage. You might want to try another tack starting September 27 as trickster Mercury turns retrograde in Libra and your secretive and emotionally intense eighth house. If strong feelings come up for you, rather than getting lost in their vortex, take a breath, and pause to observe them. Ones that aren’t worth dissecting might just wash over you like a wave. Imagine the hours you will reclaim!

You might also like: The Fall 2021 Mercury retrograde occurs during Libra season, and Mercury in retrograde brings the total planetary retrograde count to SIX right now (only Venus and Mars (the love planets) are moving at their normal (direct) pace!

Photo by Keira Burton via Pexels