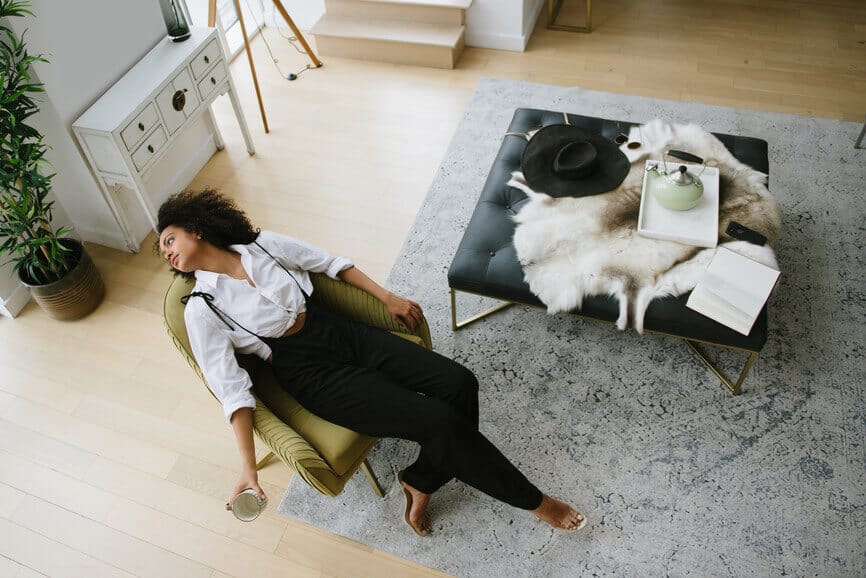 As we enter retrograde “high season” and Venus, Jupiter and Saturn switch gears, your May 2020 horoscope calls for you to step back and slow down before making any major moves.

Does time feel like it’s slowed down, even warped a bit for you? It’s Taurus season until May 20, when the Sun moves through the earthy and methodical sign of the Bull. We’re invited to pause and prioritize, to assess our path before barreling ahead. El toro may charge at its target, but until that happens, this zodiac sign likes to conserve energy. Why use up resources unless we have a practical plan for doing so?

In April, Aries season had us going at warp speed, signing up for virtual workshops, cooking Instagram-worthy dishes, jumping out of our skin with #QuarantineFever. While the last part might still be true, you may also feel like someone slammed the brakes when you were going 100 miles an hour. And now, you have to feel all the feelings underneath the anxiety and fear. We went from peak emotion to a weird plateau, which now feels like a bit of an endless ennui (and at times, a shadowed valley).

Now, it’s time to adapt—to get real about what’s in front of us. Taurus season is all about writing our own economic stimulus plans. It’s about rolling up our sleeves and building (or rebuilding), one plodding step at a time. Not sure where to focus? Slow down, wait and listen. This is also a chance to “do more by doing less.” If you don’t see a clear green light, don’t cross the street. At least, not until Gemini season starts on May 20!

May 2020 Ushers in Retrograde High Season

Another reason to take your time? In May, retrograde “high season” begins, as three planets reverse course near the middle of the month. Structured Saturn is the first to do an about-face, backing through Aquarius until July 1, then making its final lap through Capricorn for the duration of the retrograde, which lasts until September 29. Saturn rules boundaries and isolation; Aquarius governs group activity and our social lives. Expect to see wildly lopsided lifestyles as some states and countries loosen quarantine restrictions while others tighten their lockdowns.

Venus, the planet of love and harmony, turns retrograde in pair-oriented Gemini from May 13 to June 25. This six-week cycle, which happens every 18 months, can disrupt harmony among friends and lovers alike. Former flames can reappear—and the flames of old conflicts, especially ones that never fully resolved, can be fanned by Venus retrograde. With partners either separated or stuck under one roof for an unnatural amount of time, many couples are already on edge. And for single people, Venus retrograde can mark a time to shake off the heaviness of isolation.

Expansive Jupiter joins the retrograde brigade from May 14 to September 12, backing through Capricorn, the sign of governments, business, leadership and the economy. Pluto is already retrograde here, and the two will unite on June 30 for the second of three meetups this year. As the bountiful and visionary planet makes a U-turn, we may need to scale back our grand plans or temporarily tighten our belts, which makes sense given the economic uncertainty that we’re all facing.

One big event that happens early in the month will also shape our future for months to come. The lunar nodes—our cosmic destiny points—will end a year-and-a-half visit to the Cancer/Capricorn axis, where they’ve been altering our approach to home, family, business and leadership since November 2018. The north node will move into Gemini until January 18, 2022, revolutionizing our approach to local events—from neighborhoods to schools to the way we socialize.

The lunar south node, which is always in the exact opposite sign, will shift into Sagittarius, demanding that we reckon with our global impact and relations. This will impact long-distance travel, universities and international politics—all major topics of uncertainty as we wait to see the far-reaching impact of this pandemic.

The last time the lunar nodes were in this Gemini/Sagittarius configuration was October 2001 to April 2003, a month after the September 11 terrorist attacks. Airline is still impacted by the security measures implemented after this last nodal cycle. Publishing, media and the spread of information falls on the Gemini/Sagittarius axis of communication. Will we see more “fake news” and polarized opinions, especially during a landmark U.S. election year? The lunar nodes will reveal.