The 88th annual Academy Awards are this Sunday, February 28—perfectly situated during Pisces season, when the Sun is nestled in the zodiac sign that rules film, music, heart-stirring drama and escape.

What takes us away from reality more than “the cinema” after all? With the moon in intense Scorpio, this year’s vibe could be intimate and charged with edge-of-your-set energy. Here are our predictions for how Hollywood’s big night will go:

Bring on the three-hankie acceptance speeches and Old Hollywood glamour! The charismatic Sun and glamorous Neptune will make their once-a-year meetup in Pisces this weekend, which should bring some stunning red-carpet looks and touching tributes. Of course, with sartorial Venus in quirky Aquarius, the flowing couture gowns will be punctuated with some shocking fashion dares…some “do’s” and others definite “don’ts!” 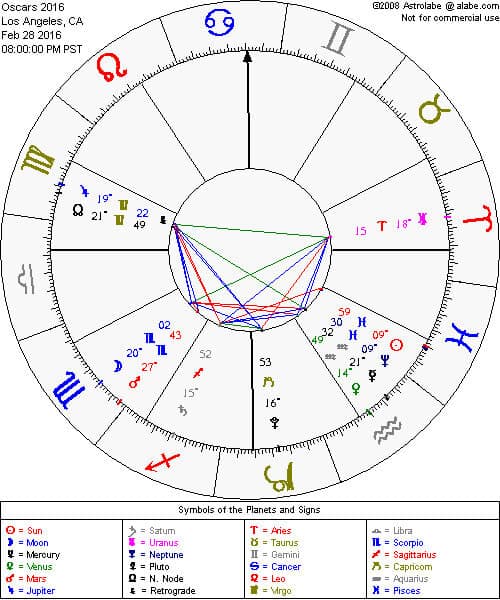 Stern Saturn is in multicultural Sagittarius this year, sounding the call for diversity—not just as lip service, but as a crucial institutional change. The stunning and chronic absence of people of color nominated is finally being addressed through serious action. Saturn rules accountability and fundamental change, so hopefully the boycott of major actors (and a possible speech by Pisces Quincy Jones) will be a powerful wakeup call. Meantime, having Aquarius Chris Rock host the lily-white lineup could make for an #OscarsSoAwkward or some damn good truth bombs in the name of positive change.

On a positive note, the Oscars mark a win for the LGBTQ community, with The Danish Girl and Carol both in the running for Best Actor and Best Actress wins. Now, can we extend this newfound open-mindedness to all marginalized communities?

And on that cautiously optimistic note, here are our picks for the Best Actor & Best Actress…

BEST ACTOR IN A LEADING ROLE 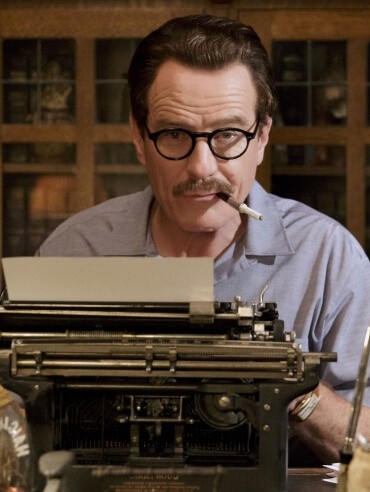 Why He Could Win: Status-driven Saturn is in Cranston’s tenth house of awards could position him for a major coup like this one. Saturn rules age and timing, and since Cranston will be 60 this March, a “lifetime achievement” sort of award. Plus, he chose the perfect role by playing a powerful historical figure. The March 8 solar eclipse/supermoon in Pisces could already be sending him majorly helpful beams. Competitive Mars and the moon will both be in Scorpio, his ninth house of publishing, and he would win the Oscar based on his portrayal of novelist Dalton Trumbo (who was incidentally a Sagittarius).

Why He Might Not: The restrictive vibes of Saturn could also block him from taking home the victory statue. It could go either way with Saturn here. 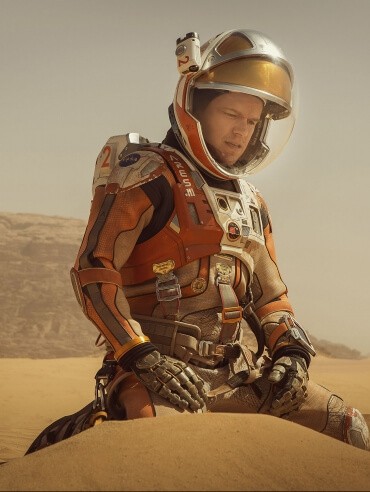 Why He Could Win: Jupiter in his glamorous twelfth house of film COULD give him Academy appeal. The upcoming March 23 Libra lunar eclipse could already be sending him powerful winning vibes.

Why He Might Not: The twelfth house also rules invisibility, so he may be overlooked this year. Plus, other actors have better astrological odds. 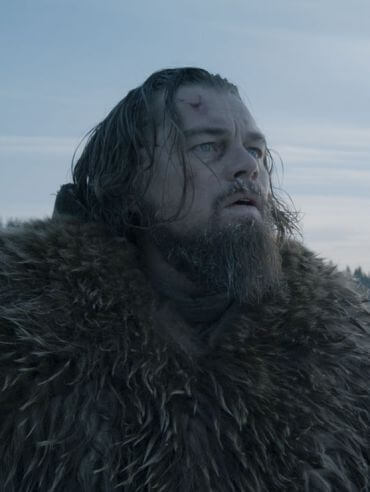 Why He Could Win: This really could be Leo’s big year at last. Tough Saturn is finally out of Scorpio, and Leo has earned his stripes, wisely taking on a hefty role like this one. Competitive Mars is also in Scorpio until March 5, giving him an extra edge—and the moon is in Scorpio this Oscars night. Jupiter in Leo’s eleventh house of popularity could also boost his odds.

Why He Might Not: The odds are really in his favor. The only obstacle would be the planets favoring another actor more. But this could really be Leo’s time! 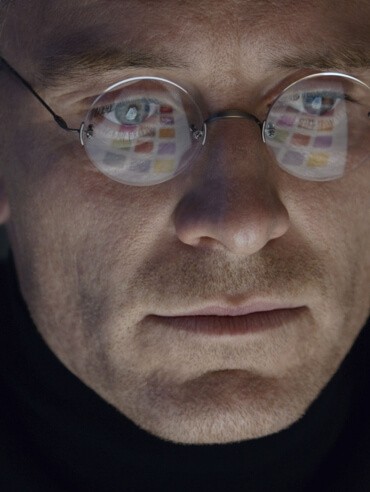 Why He Could Win: Although Aries themselves don’t have an Oscar-winning cosmic lineup, the themes of this movie work in Fassbender’s favor. Lucky Jupiter is in Virgo, which rules data and technology. It’s also in his nerdy sixth house, making the timing right for a geek-chic win. Plus, Steve Jobs was a Pisces, and the forthcoming March 8 Pisces solar eclipse could send some lucky beams his way.

Why He Might Not: Because frankly, all the other nominees have better astrological odds. 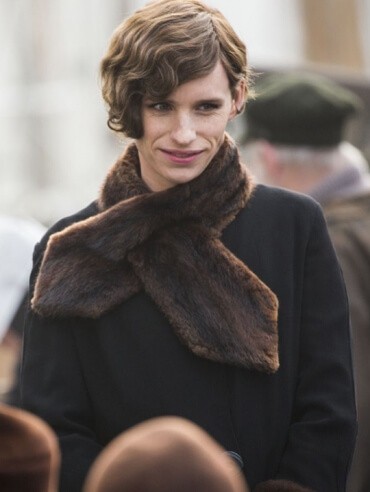 Why He Could Win: Accomplished Saturn—Capricorn’s ruling planet—is in his twelfth house of film, painting, glamour and “hidden issues.” The gorgeous screenplay and costumes, the challenging role and the theme of transgender issues all fit perfectly with this transit. Lucky Jupiter in his ninth house of risk-taking could also pay off, and he may benefit from early vibes of the March 23 Libra lunar eclipse in his tenth house of professional recognition and awards. If the Academy is willing to take a chance, there’s a good shot for him.

Why He Might Not: Saturn can also be restrictive, and since it’s in his obscure twelfth house, he could also be overlooked. As with Matt Damon, who has Jupiter here, it could really go either way.

The actors with the strongest shot at a win this year are Bryan Cranston and Leonardo DiCaprio. And maaaaybe Eddie Redmayne.

BEST ACTRESS IN A LEADING ROLE 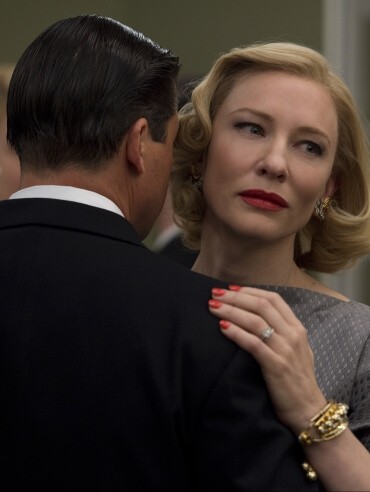 Why She Could Win: The odds are most strongly in Blanchett’s favor, as lucky Jupiter is in her fifth house of fame and drama. The moon and courageous Mars are both in Scorpio tonight, which rules her relationship house. Carol’s plot is all about marriage and a forbidden love affair, also working in her favor. Magnetic Venus is also in Aquarius, Blanchett’s tenth house of awards. Whether or not she takes home the statue, she’ll look amazing—and if she does, a breathtaking speech could be in order.

Why She Might Not: Jupiter is retrograde, which is a weakened position and could put a damper on some of her natural luck. However, retrogrades rule the past and this movie is set in an earlier time period, which could offset the challenge. 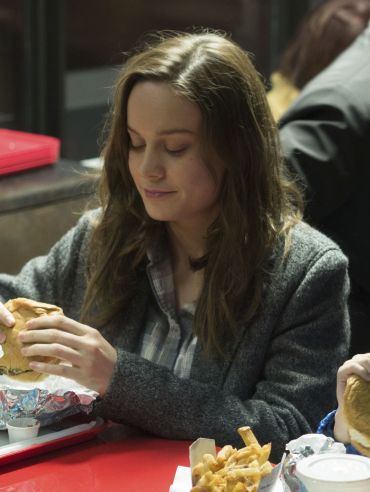 Why She Could Win: Lucky Jupiter is in her twelfth house of glamour and isolation. The twelfth house is about being separated from society and hidden away: the exact themes of Room, coincidentally. The early vibes of the March 23 Libra lunar eclipse could also push her into the spotlight, bringing a defining moment.

Why She Might Not: Jupiter is retrograde and in the ephemeral twelfth house, so she may not have as much cosmic weight to woo the Academy her way. 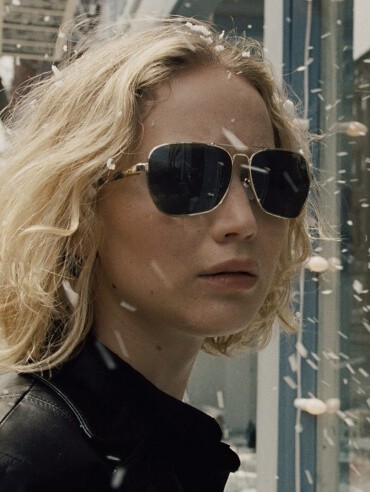 Why She Could Win: Because she always does? We kid…but actually, status-driven Saturn is now in J-Law’s fifth house of acting and fame. If the judges feel she has earned her stripes, they may reward her. However, Saturn puts a damper on her chances of winning.

Why She Might Not: Restrictive Saturn rules maturity and favors actors who have earned their stripes through hard work, dues paid and such. At only 25, Lawrence’s age might actually work against her now (believe it or not…in Hollywood!). She might actually be passed over this year, unless the judges deem Joy to be a hefty enough role. 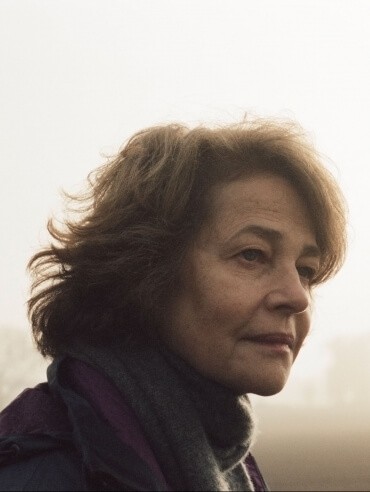 Why She Could Win: Competitive Mars is in Scorpio, Rampling’s tenth house of fame and career recognition, along with the moon tonight. The tenth house also rules older people, and the film’s plot of a longstanding marriage fits with this. Magnetic Venus and expressive Mercury are both in Aquarius tonight, which can help. Lucky Jupiter is in her eighth house of intimacy, a major theme of this movie.

Why She Might Not: Tough Saturn is in her eleventh house of popularity, which could cause her to be crowded out by other contenders. The planets that are in her favor may not be strong enough to push her over the edge. That said, she could give a stunning and thought-provoking interview—or acceptance speech, should she defy the cosmic odds. 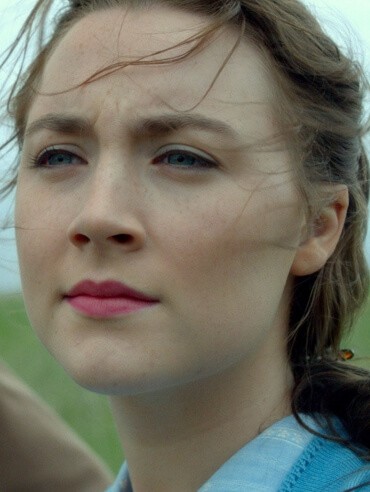 Why She Could Win: An upcoming March 8 solar eclipse in her twelfth house of film and theater could help, but the odds aren’t looking as strong as for other contenders. She also has weighty Saturn in her international ninth house, and the Ireland/Brooklyn themes of this film might work in her favor.

Why She Might Not: None of the planets are screaming “Oscar!” for Aries this year.

The actresses with the strongest odds for a win this year are Cate Blanchett and Brie Larson.