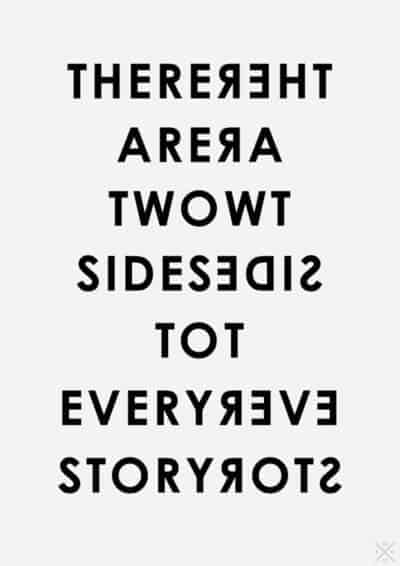 You know those times when everything goes haywire, and you can’t figure out why? Look up, stargazer: A planet could be retrograde—meaning that from the vantage point of Earth, it appears to be spinning backward. What’s really happening? Well, the Earth is completing its orbit around the Sun faster than other planets outside its orbit. Periodically, it will outpace them—and that’s when retrograde mayhem breaks loose.

Much like a speeding car or train passing a slower one, the planet that’s being passed will appear to stop and move backward—which is the apparent retrograde period. Then, once the Earth completely passes this planet in its orbit, the motion appears normal again, and the planet is said to be “direct” or “prograde” (to use the snappy scientific term). Chances are, you’ve been in a vehicle that felt like it was moving in reverse when it was passed, so you know the feeling!

Each retrograde cycle has a “shadow period”—the awkward adjustment of the retrograde planet from apparent backward to forward motion…and vice-versa. For that reason, you may feel the stirrings of a retrograde cycle for several days, even weeks, before it officially begins.

While retrograde planets are just an illusion, astrology followers can attest to experiencing their effects. The areas that a retrograde planet rules can become weak, challenging or troublesome during this cycle.

All planets go retrograde periodically, so we need to embrace these inevitable cycles as a fact of life, and an opportunity to build character. As the Buddha said, “No mud, no lotus.” Sometimes, it takes a challenge for us to develop the inner strength and self-knowledge we need to evolve as humans.

The most commonly-known retrograde is Mercury—planet of communication, transportation, travel and technology—which goes retrograde for three weeks, three or four times a year. During a Mercury retrograde cycle, arguments and misunderstandings rage, plans fall apart, cars break down, and computers crash suddenly. Astrologers advise precautions: back up your digital files before this period begins, postpone any deals, and plan to be repeat or explain yourself a few extra times.

Love planet Venus goes retrograde every 18 months, which can reveal any weak links in a relationship or bring back past paramours. Astrologers advise against proposals, weddings, and any major relationship moves during this 4-6 week period, although the tabloids are predictably peppered with celebrity breakups each time Venus goes rogue. Mars is retrograde every two years for about two months, which can stir up conflict and fighting. The “outer planets”—Jupiter, Saturn, Uranus, Neptune and Pluto—all go retrograde for four to five months every year. So forget about hiding under a rock, because most of the time at least one planet, if not more, is retrograde.

So what’s good about retrogrades?

The prefix re- means to go back—and retrogrades are a time to polish up projects already in the works, or to dig up ones you’ve set aside. Retrogrades turn our attention to the past, and can actually be cosmic “grace periods” when we can finish all the things we’ve started or strengthen our plans, ensuring that we don’t move forward on a shaky foundation. Old friends, lovers and past issues can resurface, giving you a chance to reconnect or revise. This can be a useful time to resolve any arguments, revisit old ideas,research an idea or renew a commitment. Tighten up your routines and plans during these periods, and you’ll be ready to rock when the retrograde period ends.

How to proactively use every retrograde:

Mercury retrograde: Get in touch with old friends and contacts, back up devices and data, edit and clarify your thoughts, dust off an old writing project or course of study. Polish up your social media profiles.

Venus retrograde: Heal any issues in your relationship or blocks to love. Recognize when you’re in the wrong match and move on. Gain closure with an ex…or reunite if the timing is better. Make peace with a woman in your life.

Mars retrograde: Learn how to handle pressure and conflict more effectively. Release a grudge, lay down your swords. Slow down and stop rushing to avoid accidents. Have sex with an ex (with caution!). Work on practicing patience. Get back to an old sport or exercise routine. Find the courage to confront someone. Make peace with a man in your life.

Jupiter retrograde: Slow down the risk-taking and evaluate before rushing ahead. Travel to an old favorite place. Pick up an abandoned entrepreneurial venture. Go back to school, finish a degree or certification.

Uranus retrograde: Watch your contrarian tendencies and make sure you’re not being a rebel without a cause. Question your political stance, study up on politics, scientific developments and current events, reconnect with a humanitarian cause. Distance yourself from destructive and disruptive people who bring chaos into your world (you don’t need any more than you’re already getting!).

Neptune retrograde: Resume a creative, musical or artistic project. Dive into your subconscious, do healing work and therapy, explore and question your spiritual beliefs. Meditate to get more in tune with your intuition. Watch out for denial and codepence. Cut the energy vampires out of your life.

Pluto retrograde: Explore your “shadow side” and delve into old fears, limiting beliefs and entrenched unconscious patterns. Remove toxic energies from your world via Feng Shui, space clearing, burning sage, decluttering. Protect yourself against unsafe people and situations. Recognize where you are being bullied or dominated—or where you may be overpowering someone else—and resolve the situation. Watch out for projecting your own unconscious baggage onto others. Access mystical or buried parts of yourself through past-life regressions, working with a psychic medium, hypnotherapy.