The measured master planner of the horoscope family, Capricorn energy teaches us the power of structure, delayed gratification and setting goals for the long haul.

Capricorn is the tenth of the 12 zodiac signs, which begins its cycle newly every winter during Capricorn season—which falls around December 22-January 19. Whether or not you have Capricorn planetary placements in your chart (find out by doing a free chart here), it’s important to understand the energy of this sign, as various planets travel (or “transit”) through Capricorn all year long, activating this sign’s earthy energy for everyone, regardless of your Sun sign. Ruled by the driven and persistent Mountain Goat, Capricorn energy is willful and determined, focused on the loftiest goals. Capricorn helps us set our minds on an outcome, and reach the finish line. It may be an epic “hero’s journey” to get there, which is why we need Capricorn’s steely grit and unparalleled resilience. Taking the road less traveled isn’t how this traditional sign rolls. Instead, Capricorn maps out the straightest and simplest route to the top, then sticks to its plan. Even if it takes a little more time to get there without shortcuts, ambitious Capricorn will make the trek. The essence of Capricorn energy is loyal, structured, family-minded, hardworking, devoted, honest, and paternal. Negative expressions of Capricorn energy can be pessimistic, unforgiving, cold, materialistic, snobbish, elitist and overly serious. Capricorn energy can be overly harsh or calculating. The dutiful side of Capricorn can be its downfall. This stoic sign may repress a lot to be the “rock” for others, which can lead to a heavy or burdened energy. 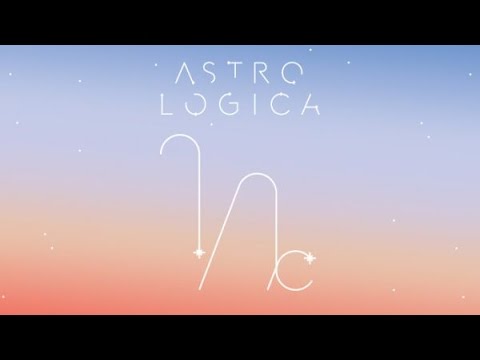 Capricorn is one of the three zodiac signs ruled under the earth element. The other two earth signs are Taurus and Virgo. Since Capricorn is the third and final earth sign, it combines Taurus’ rock-solid foundation and Virgo’s skillful plans into a high rise penthouse fit for world domination. Capricorn people are the master strategists and CEOs of the zodiac, who always keep one eye on a five- or ten-year plan. Under the influence of a Capricorn planetary cycle, we’ll feel more motivated to take on our biggest goals and create structures in our lives that will last the test of time.

The planetary ruler of Capricorn is stern and authoritative Saturn. In Greek mythology, Saturn is also known as Cronus, who is literally “Father Time.” The legend goes that Saturn—in a rebellious act to overthrow his father, Uranus—castrated his dad and assumed power as the next-of-kin. Much like Saturn, Capricorns are the “daddy” sign of the Zodiac, and want to be respected for their paternalistic command. Additionally, Saturn is the planet of repression, which can make Capricorn urges come out in shocking or subversive ways. Don’t be surprised if Capricorn has a few freaky secrets under the stoic exterior.

The zodiac signs are grouped into three “qualities” or “triplicities”: cardinal, mutable and fixed signs. Aries is one of the four cardinal signs. These signs start every season—Aries kicks off spring, Cancer starts summer, Libra begins fall and Capricorn is the first winter sign. Thus, they are the leaders and “idea people” of the zodiac. These signs prize originality and like to be first in everything they do. They’re the trendsetters and trendspotters, the ones who get the party started and the crowd hyped. Count on them to initiate a winning idea or plan.

Busy busy! You can find Capricorns enjoying quality time with family, working obsessively on a large-scale project, or running for a prestigious role. Capricorn people like to mix business with pleasure. They often develop tight bonds with people they meet on the job or through a team project. They are the “popular people” of the zodiac, so friends who can help increase their status are valuable assets. Capricorns were born with their eyes on the prize. Once they’ve set their sights on something, they begin to climb slowly and steadily toward that goal. Often they become so focused on reaching the finish line that they fail to pay attention to the journey, looking neither to the right nor the left. They believe that if they just keep pushing ahead, eventually they’ll get what they want. Capricorns need to learn flexibility and to listen a little more to their heart than their heads at times if they want to feel fulfilled inside and out. Ambitious as they may be, not all Capricorns have relentless drive. When they slip into lounge mode, they can relax with the best of ’em, becoming practically immobile! Work hard, play hard is the M.O. of this sign. Other times, they overwhelm themselves by setting such impossible goals that they get discouraged, giving up before they’ve even left the starting gate. Capricorns do best when they break their grand plans into measurable action steps. Their friends need to remind Capricorns to celebrate their victories—not jus the huge ones but the small triumphs and milestones along the way.

What does capricorn need from a relationship? Which love match is most compatible with this sign?

Our capricorn love compatibility horoscopes reveal how your signs can find and keep love.