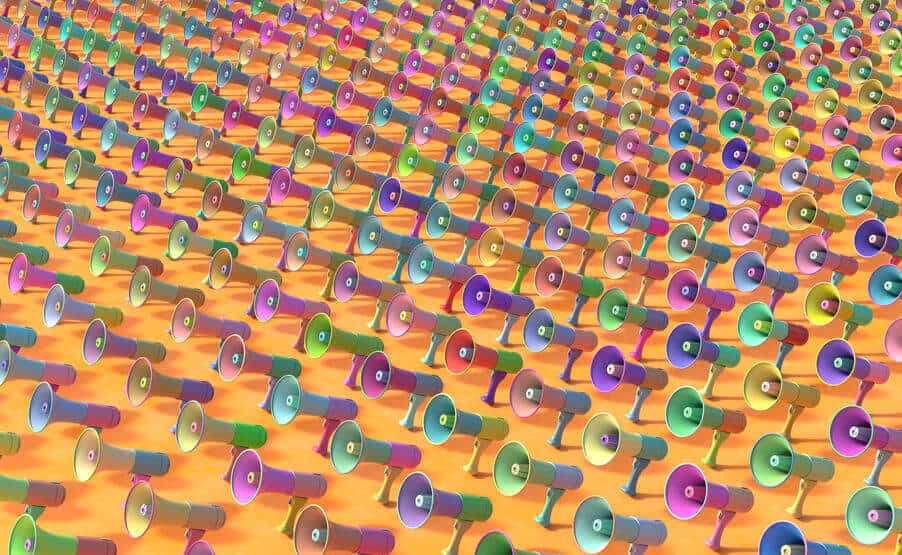 Uranus retrograde in Taurus will end on January 10, 2020. Emotional volcanos may erupt as the radical planet goes direct (forward), after a five-month backspin in the sign of the Bull. Learn how to control your anger—and manage the intense emotions of others—because Uranus is parked in Taurus until 2026.

Uranus first entered Taurus in 2018 but has been retrograde in that sign since August 11, 2019. When Uranus corrects course, as it will on Friday, January 10, 2020, it can bring out feelings of aggression, release pent-up anger, and draw out from the shadows that which may have been hiding. Our guide to Uranus going direct in Taurus can help you navigate the stationing of the radical planet.

Given that 2020 is off to such a super-charged political start, we may see more protests in the streets. We may also see social media becoming even more divisive. Case in point: The Wall Street Journal reports the social media platform, Tik Tok, is trending videos supporting polarizing U.S. president Donald Trump (the videos are called “Trump Toks”).

The upheaval can also feel personal. When a planet like Uranus transits slowly, you may feel that your voice and views are suppressed, or that you’ve lost freedoms or feel less liberated. As Uranus pivots direct in Taurus, emotions can erupt like a volcano. Watch what you say, or maybe don’t say anything at all!

The volcano metaphor is fitting as a stationing of Uranus in Taurus (an earth sign) can shake things up here on earth. As we write this, we’re saying our prayers for Puerto Rico, having experienced another earthquake, and Australia, where fire continues to destroy the country and its inhabitants, human and animal.

And on the very day Uranus turns direct, January 10, we will also experience a lunar eclipse (affecting tides). We need to stay alert with the weather and climate patterns shifting unexpectedly. Mother Nature, please be kind!

What Uranus going direct in Taurus means for your sign

Show YOU the money, Aries! Uranus is in your second house of work and finances. As the side-spinning planet moves direct in this zone, you could receive an unexpected cash influx or (ouch) an unplanned expense. You could also explore new types of currency, like Bitcoin, by tapping into the Uranian penchant for technology and innovation. At work, it’s a good time to ask for a performance review, or if you’re thinking of clocking in elsewhere, to get your resume out there. If you’ve had a cutting-edge project idea simmering on a back burner, serve it up hot!

Step into your power, Taurus. Uranus is in your first first house, demanding that you make your own priories number-one. If you’ve been holding in (or stuffing down) some feelings, pull the release valve. Make your needs and desires known and you could break you free from a situation that’s kept you confined. Indecision may also have been holding you back, but you’re ready to move forward now that Uranus turns direct in your zone of self and solo projects.

Exercise your gift of gab, Gemini. Uranus goes direct in Taurus in your twelfth house. It’s time to get back to a spiritual practice or simply share your deeper world views more openly. Cutting off something that no longer serves you might help you clean a slate, too—rip off the Band-Aid and let that you-know-what (or who) go! If you’re unsure someone you thought you could trust is solidly on Team Gemini, you’ll know soon enough. It may be worth confronting them to get it out into the open. Then you can focus on who your allies really are.

Come on out, Cancer. The eleventh house is highlighted for you as Uranus goes direct in Taurus. You may have been hiding in your Crab shell since the Uranus retrograde began last summer. Get back into the mix online and IRL. Resume your social life with a few “yes” RSVPs and pick up where friendships left off. Beware some of these relationships may have changed in your absence. Proceed with caution, but, Cancer, do proceed!

Get back on your professional track, Leo. With Uranus going direct in Taurus, your tenth house of career, it’s time to polish up your resume or refuel your career change goals. Your big idea is ready for prime time, so put yourself out there as a leader. Seize opportunities to have the direct convos you need to have with a client or boss. Changes could come suddenly or unexpectedly, but they are sure to be trailblazing and possibly life-changing. Look at ways you can use technology to streamline and simplify—and to get your expertise out into the universe more. Time to launch that expert vlog or podcast?

Increase your radius, Virgo. Uranus is going direct in Taurus, your ninth house of expansion. A sudden relocation plan might present, or travel plans unfold. Check your passport expiration date—you may need it! The Uranus retrograde ending is also a good time to take a class or online workshop to learn something new and to pick up books on a self-improvement topic (a Virgo fave!). Since Uranus rules the digital domain, maybe it’s time to launch an online business or a blog you’ve been thinking about (or get one out of Beta, even if it’s not perfect!).

Stay alert, Libra. Uranus going direct in Taurus, your eighth house of investments, could present opportunities for money making moments. A real estate opportunity could crop up out of seemingly nowhere. A change in your address could be on the short-term horizon. The eighth house also rules intimacy. A relationship or a sizzling attraction you thought was over-and-out could spark again as this Uranus retrograde ends. Soulmate alert: This one could be deeper than you expect, taking you both by surprise.

Find your balance, Scorpio. The seventh house is highlighted for you as Uranus moves direct in Taurus. Relationships are front and center and some of them may be experiencing a shift in dynamics. How comfortable are you? If you’ve been tolerating a lack of mutuality, it’s time to calibrate and you can do that by getting your feelings out into the open, for starters. Relationships extend to those in your work world, and a contract could come to fruition, or end suddenly. Keep your interests top-of-mind, and the details will fall in your favor.

Is the doctor in, Sag? Uranus is cruising through your sixth house of wellness. While the shock-jock planet was retrograde in Taurus, you may have put off various doctor’s appointments and wellness routines. It’s time to get back on track: book the appointments and set your health calendar for 2020 if you can. Consider trying something new, like working with a naturopath, especially if you’ve been stuck in a treatment plan without satisfying results. A fresh perspective might shine light on a new approach and a path toward healing.

Mojo returns! Uranus moves forward in your fifth house, which helps you recover your sexy and head-turning powers—and your interest in love (early Valentine’s Day much?). The caveat is that it could arrive with the resurfacing of an old flame, or a dormant drama you thought was long laid to pasture. The fifth house rules drama and with shock-jock Uranus emerging, tempers and a rebellious streak could also flare. If you’re feeling in the hot seat, watch your off-the-cuff comments—they could cut deeper than you intend. But you’re ready for pretty much anything thrown at you now, even an unexpected pregnancy for some Caps.

Change is good, right Aquarius? Uranus is your sign’s ruling planet, so you will feel it moving direct in Taurus (your fourth house of home and family) more than others. Your family dynamics could change suddenly, with someone moving in or out of your home (or news of a plus-one or pregnancy?). Your mom, a child or female relative may be part of a brief disruption in your life, resulting in some chaos. Take it all in stride, Water Bearer. Your change on the homefront could come in the form of a renovation, an extreme decor makeover or a new address.

Can you hear me now? Uranus is moving direct in Taurus, your third third house of communication. If you feel like you’ve been shouting and no one is listening, you’ll finally be able to be heard. Chances are good the retrograde has built pent-up feelings. As much as you want to release the hounds, it’s best to let things settle before you fire off any incendiary messages or righteous posts on your socials. Shake things up in a calm, civilized way, which may mean imposing a 24-hour rule on responding to email or Facebook posts.