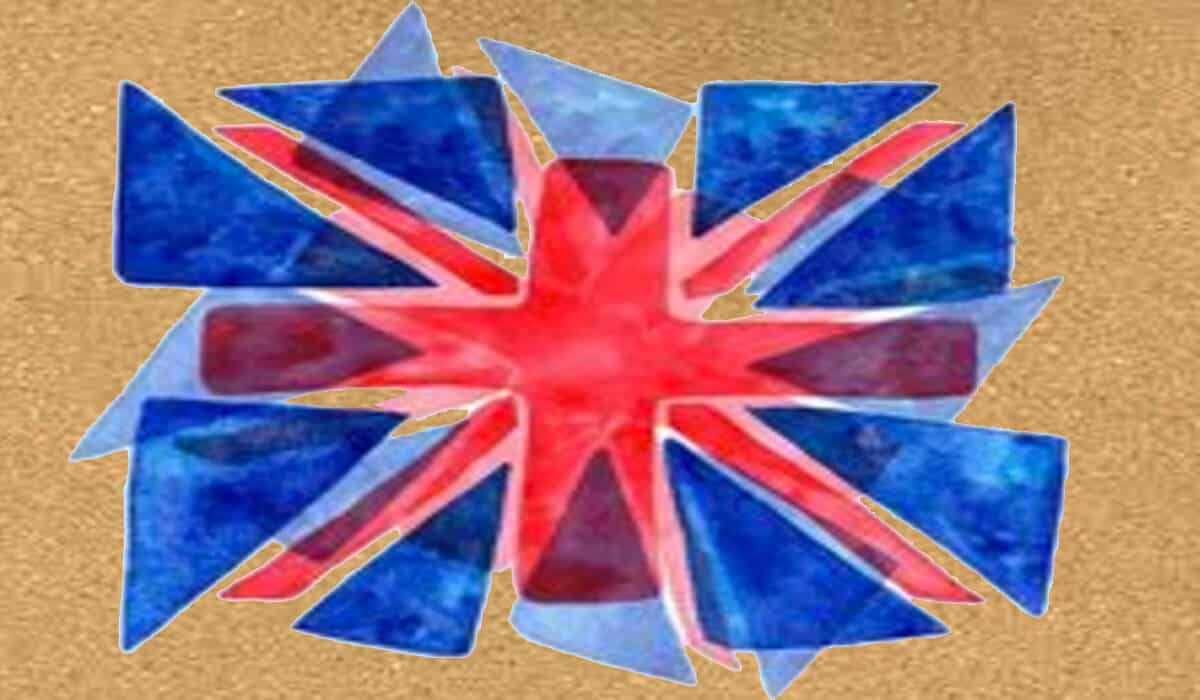 Yes, the stars DO have something to do with this mess. How astrology explains the global chaos happening now, from Brexit to Trump.

Global politics have been throwing us some shocking curveballs this year, most recently with Brexit, Britain’s shocking and abrupt decision to exit the European Union. And while astrologers are stunned too, the cosmos have been churning up unrest for nearly a decade. We’re also going through cosmic cycles that last occurred during the American Revolution and Hitler’s rise to power. Here are a few of the astrological explanations—and where we can hopefully find some light in this confusing time. 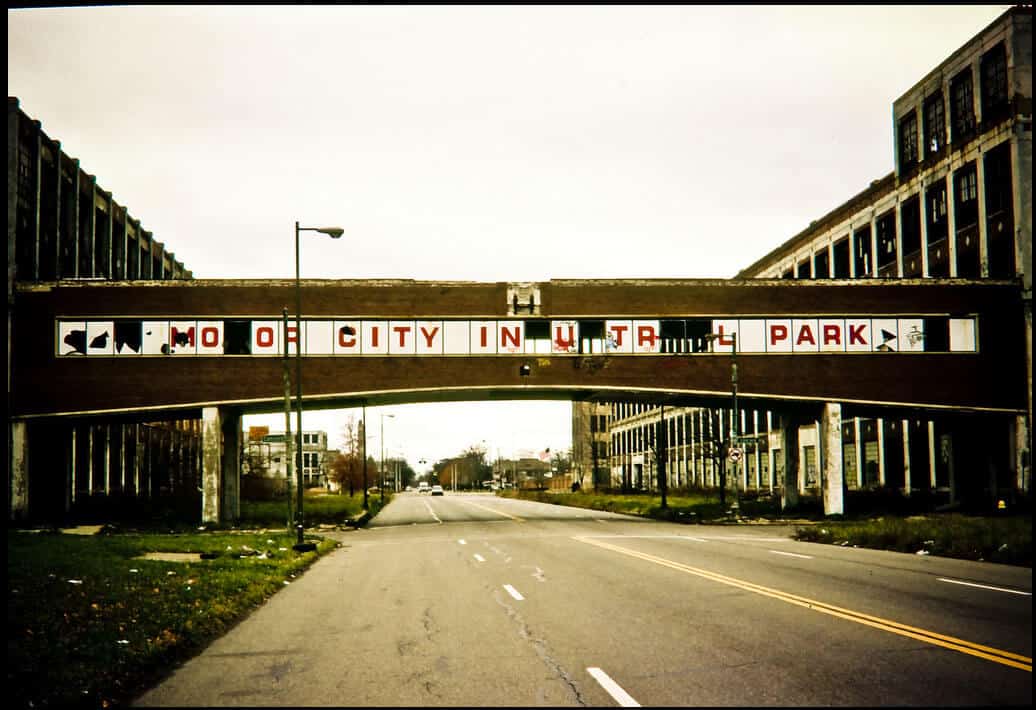 Back in January 2008, the same year that the United States elected its first-ever African-American President, transformational Pluto moved into Capricorn—ruler of government, banks, corporations, hierarchies, the economy and monolithic structures.

Pluto may be tiny, and even demoted by astronomers to “dwarf planet” status, but astrologers know that its impact is real. Pluto is the symbolized by the phoenix rising from the ashes—the crash, the burn, the resurrection.

We’re now halfway through this cycle, which began with a recession triggered by the 2008 Financial Crisis (hello, Capricorn theme) and the bursting of the housing bubble in 2007-09, all related to Capricorn themes of banks, mortgages and governments. Is it any coincidence that real estate mogul Trump would rise like a Swamp Thing from Pluto’s underworld now?

The last time Pluto was in Capricorn was 1762-1778, the exact time when the U.S. was fighting for its independence from England.

Pluto is also the ruler of resourceful Scorpio, the Sun sign that teaches us to salvage what’s been destroyed and fashion it into something new. Scorpio rules shared property and finances and indeed, one of the outcomes of Pluto in Capricorn is the rise of the shared/gig economy (think: Uber, Airbnb, the list goes on) and even Harriet Tubman’s face on the $20 bill.

Even eerier? The last time Pluto was in Capricorn was 1762-1778, the exact time when the U.S. was fighting for its independence from England. Full circle much? The American Revolution occurred while karmic Pluto made its last run through Capricorn. It was also during this transit that Thomas Jefferson sounded the rallying cry for “life, liberty and the pursuit of happiness” and helped author the U.S. Constitution.

The vitriolic xenophobia that’s been sweeping through Europe—and the U.S., as exposed by Donald Trump’s hate-spewing (and terrifyingly effective) campaign for the presidency—can be traced to seven harrowing squares between radical changemaker Uranus and old-school powermonger Pluto. From 2012-15, Uranus in hotheaded Aries, the sign of raw anger, has been at odds with controlling Pluto in Capricorn, ruler of governments and the old guard. The two planets, while drifting apart, are still in close enough proximity for us to feel their effects.

This Uranus-Pluto battle, which occurs every 80 years, pits the privileged “one percent” against the new radicals, the haves against the have-nots. It brought us the Occupy movement, exposed police brutality and sexual abuse in the Catholic church, and left us with the most frightening election year seen in decades.

During a nearly exact Pluto-Uranus square in 1933, Adolf Hitler was granted “temporary” plenary powers, which set the stage for his move from chancellor to dictator a year and a half later.

As for comparisons between Brexit and Trump and the rise of the Hitler’s Third Reich? Well, they certainly hold water astrologically. During a nearly exact Pluto-Uranus square in 1933, Adolf Hitler was granted “temporary” plenary powers, which allowed him to act without the consent of the parliament, and even without any constitutional limits. From there, he set the stage for his move from chancellor to dictator a year and a half later.

That was also the last time rash Uranus was in Aries (while Pluto was in Cancer, a sign that, under extreme duress, can turn love of home and country into scary nationalism), a slice of horoscope history repeating itself. The last round of Pluto-Uranus squares sparked a widespread populist rage similar to the kind Trump’s chest-beating followers display at his violent rallies—and the one Laurie Penny describes in her viral New Statesman op-ed.

Rigid Saturn is in Sagittarius, the sign that rules international relations, from December 2014-December 2017. The refugee crisis and anti-immigrant sentiment has been fueled by this Saturn transit, which occurs every 28-30 years. Saturn rules the structures we build, and here we have Donald Trump promising to erect a literal wall between the U.S. and Mexico to keep undocumented foreigners out of the United States.

The last time Saturn visited Sagittarius was 1985-88, a time when the U.S. was openly hostile to Japan, whose booming economy and automotive industry ignited the “trade wars” between our two nations. (Sadly, Donald Trump was already busy spewing anti-Japan propaganda back then.)

The announcement of Brexit also coincided with the weekend’s barrier-breaking Jupiter-Pluto trine, a rare meetup between global connector Jupiter and powerhouse Pluto. Trines are generally positive and harmonious—which gives us some hope that this craziness can turn around. But they can also cause things to move quickly. This massive upheaval happened in the blink of an eye—or so it seemed. And here we have the convergence of Jupiter in crafty Virgo and Pluto in Capricorn spreading chaos faster than California’s wildfire.

Jupiter is the “armchair philosopher” of the cosmos, whose starry-eyed visions don’t necessarily translate into reality.

Jupiter is an excitable, optimistic planet that can quickly overshoot its mark. The hopeful populists did not wake up the morning after Brexit economically or politically empowered, but rather, to a currency that plunged to its lowest value in 31 years overnight. Jupiter is the “armchair philosopher” of the cosmos, whose starry-eyed visions don’t necessarily translate into reality. Stateside, we hear echoes of Trump’s “Make America great again” slogan. Um, perspective please? If anything, Trump—with his Plutonian land grabs and abuses of power—is making America hate again. And that’s the last thing this world needs now.

But truth-telling Jupiter brings out into the open what’s hidden in Pluto’s shadows. If anything, Brexit and Donald Trump’s shocking success is exposing an inconvenient truth: Despite the gains of social policies such as marriage equality, there’s a hate-filled Orlando shooter, a Brock Turner getting a tiny slap on the wrist in the Stanford rape case, millions of scared and small-minded people who would rather tank their economy than allow a Muslim or a Mexican to cross “their” (in some cases stolen) borders. We can’t sweep this under the rug or look the other way much longer…which, while also inconvenient, is a wakeup call we can’t ignore.

More articles about Pluto in Capricorn:

What To Expect Astrologically Under Pluto In Capricorn (The Llewelyn Journal)
Pluto in Capricorn: A History Lesson (Beliefnet)