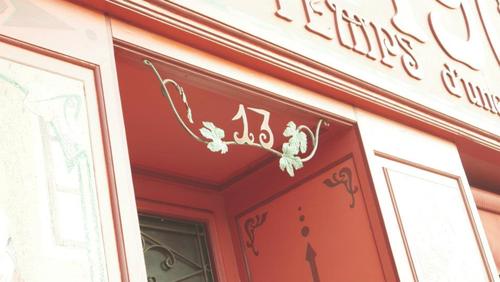 Is there a 13th sign? The myth of Ophiuchus

Panic rippled through loyal horoscope readers a few years ago when the news media asserted that the earth’s shifting alignment has caused the zodiac signs to change. Suddenly, every sign was bumped forward nearly a month, and a 13th sign named Ophiuchus has been sandwiched between Scorpio and Sagittarius.

Needless to say, the news did not go over well. Friends’ Facebook statuses were indignant: “I am NOT a Capricorn!” (from an Aquarius) and “Hell no I ain’t no Gemini.” Questions from confused and dismayed readers poured in. You’d have thought the stock market crashed. And while we’re tickled that one of our names, Ophi, is actually part of our “new sign” Ophiuchus (we were born December 2); we refuse to revoke our Sagittarian status.

Supposedly, these new dates only apply to people born in the past couple of years. That’s good news for you grown folk who have been reading your daily horoscope for the past few decades. However, we’re still not buying it. Ophira’s daughter Cybele was born October 3, 2010, and she is clearly a peaceful, balanced Libra … not a Virgo (our Virgo friends will agree).

How new is Ophiuchus?

As for Ophiuchus, it’s not exactly news. Ophiuchus is the name of a constellation that was referenced by Ptolemy in the second century. It means “serpent-bearer.”

Its astrological use dates back to the fourth century A.D. That’s when an anonymous astrologer associated one of Ophiuchus’ brightest stars with doctors and healers. Apparently, Ophiuchus has a following in Japanese astrology today. Its graphic symbol even appears in the Final Fantasy video game.

So why this and why now?

Do they need to pin the blame for all these birds falling out of the sky on Ophiuchus, the scapegoat sign? An astronomer named Parke Kunkle cites a gradual shift in the planets that’s hit a tipping point after 3,000 years. Fine. We won’t argue with science.

But since when do astronomers get to determine astrology? The last time they meddled in our zodiac Kool-Aid, Pluto was demoted to a “dwarf planet.” Clearly, these telescope-huggers are out of their league, if not their minds.

Note to readers born between November 29 and December 17: There will not be an Ophiuchus horoscope published here (as IF these hardworking hands have time to type a 13th forecast). When someone asks, “Hey baby, what’s your sign?” trust us, you already know the answer.