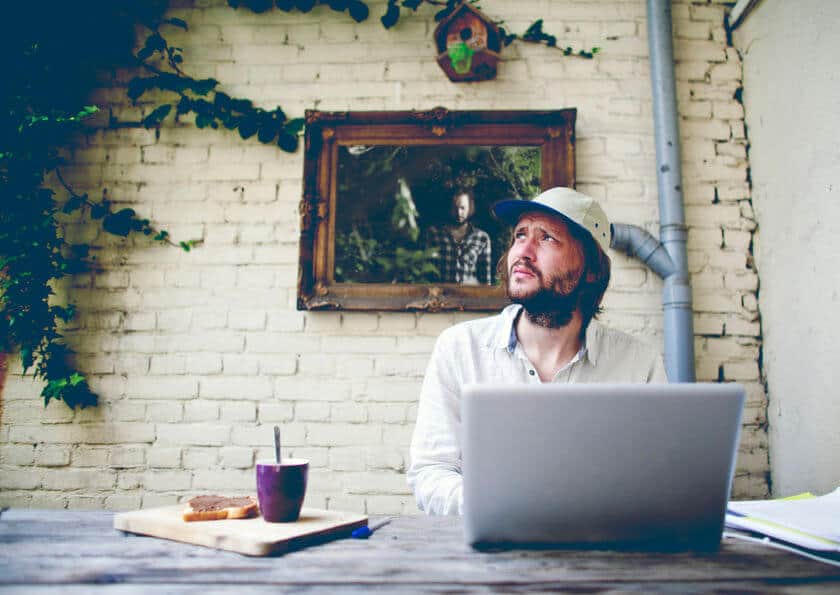 Or is it more a case of toxic masculinity? We asked astrologer Samuel F. Reynolds to explore.

On November 15, 2018, VICE published a post titled “Why Straight Men Hate Astrology So Much” which, to nobody’s surprise, caused a stir among astrology followers. We’ve certainly encountered our fair share of straight male astro-cynics, skeptics and (yes) haters. And admittedly, our own husbands, both engineers, can be celestial side-eyers themselves.

But we also know plenty of wise and wonderful straight men who practice and follow astrology, and don’t dismiss it in a macho or bro-reductive way. We asked one of our favorite “galaxy guys,” Samuel F. Reynolds of Unlock Astrology, to turn his insightful Twitter response into a post for us. After all, he’s a Scorpio who debated astrology on TV with “science guy” Bill Nye, and sits on the board of the International Society for Astrological Research (ISAR)—among other accomplishments. Here is Sam’s response. —Ophi & Tali

When I came across Hannah Ewen’s VICE article, “Why Straight Men Hate Astrology So Much,” I was intrigued. I also once hated astrology, and I’ve been straight my whole life. I love astrology now—enough that I became a certified astrologer. I’ve written columns for media outlets such as New York Magazine and Ebony, helped organize international astrology conferences, and have a thriving practice reading astrological charts for clients.

Ewen’s post is remarkably revealing about modern men and astrology. But my real takeaway is not simply that bros view astrology with a sneering contempt, or need to vent their disdain for gullible “spiritual” women from the chia seed pudding set.

It’s actually a commentary on the toxic masculinity that’s pervading our culture, even (especially) at a time of so-called enlightenment. Let me explain.

First, as fellow astrologer Jessica Lanyadoo points out in the VICE piece, there are many straight men, historically and presently, who are involved in astrology as practitioners. However, the client base of most astrologers I know is largely female—as regular horoscope readers or seekers of birth chart consultations.

Women didn’t even become formal practitioners of astrology in its 2,000-year-old history until the 20th century. And even for most of the last century and much of this one, straight men have been dominant as authors, keynote speakers at astrology conferences, and consultants.

Many straight men say they’re not into astrology because it’s ‘fake’ or ‘unreal.’ Yet many of these same guys would have no problem whatsoever dropping minor fortunes on video games, comic book conventions or even sporting events.

What I think this article is really addressing, though, is the toxic masculinity that’s risen as a backlash to the cultural embrace of both the feminine and feminism in the past few years. In my observation, men are increasingly becoming more literal and perhaps are struggling more with the figurative or metaphorical. Maybe it’s our age of data, technology and video games—or that we live in a time when, like so many polarized parts of our society, science and spirituality are viewed as mutually exclusive. Even straight guys who might portray themselves as sensitive and civilized—into music, fashion and DIY hobbies, for example—aren’t necessarily moving the needle on this literalism.

I wonder if there are any studies that indicate men have even a waning interest in poetry, for instance, or painting? Men have certainly been counted among the most notable of poets and painters through the ages.

It’s interesting that many straight men, both on social media and in the VICE article’s comments, reply they’re not into astrology because it’s “fake” or “unreal.” Yet many of these same guys would have no problem whatsoever dropping minor fortunes on video games, comic book conventions or even sporting events that they aren’t even playing—they’re just watching! There’s nothing “real” about simulated multiplayer games or observing organized sports…or dressing up like your favorite Marvel character, for that matter.

Yet, the straight men interviewed in Ewen’s post make the case that astrology—and by association, the female horoscope followers they’ve encountered—is frivolous and deserves little more than scorn.

Joe, one of the men Ewen interviewed, says of astrology, “It strips people of their uniqueness and reduces them to pigeonholed blocks of characteristics…the memes are all really annoying and I hate the self-aggrandizement of ‘[Star sign] season, bitches!'”

But why? I’m sure a good neuroscientist—like Robert Sapolsky, author of Behave: The Biology of Humans at Our Best and Worst—would argue that literalism is at the root of a lot of problems in society today. The human brain hasn’t yet evolved enough to reliably separate strong responses to a fake aversion from a genuine physical one. In other words, we can express as much empirical and measurable disgust and disdain for a pile of stinking garbage as we can for a person who we see as disgusting.

Men might even be more plagued by this than women. For example, mass murdering shooters who take their abstract aversions into the “real” realm of actually hurting and killing people are almost exclusively men. I would also conjecture many of them would identify as straight.

Obviously, this doesn’t mean every man is a mass murderer in waiting. But it does highlight for me that the art of astrology is lost on many straight men. I suspect it’s because a lot of men struggle internally with art and creativity, imagination and intuition in their lives.

Perhaps this is why I hear from so many of my women friends and clients that the guys they date are “boring.” That all of their interests are either work-related or straight-up banal. “I just go to the gym,” these women air-quote their dates.

So, though Ewen’s story is focused on astrology, we might be talking about something larger. I’ve seen it in my client work for years. I’ve wondered myself why I see more women than men. I also think straight men are still operating under the ages-old “provider” role, where everything is up to us. To open ourselves up to astrology—and the idea that anything, especially stars and planets, might have more power over us than our own will—forces us to struggle with control and the inevitable loss of it.

Perhaps women and queer men navigate with larger questions better, as the article says, because they have to. They’re forced to cope with different levels of control and surrender because they often have fewer advantages and privileges than straight men.

Yet, if I’m being fair, some of these cis-het guys in the article do have a genuine reason to gripe. Many of the women cited are also using astrology shabbily, in my professional opinion. It’s important to learn real synastry—how astrology charts really combine, rather than how you think they combine—before presenting oneself as an expert on compatibility, for example.

I’ve also heard a lot of bad synastry from clients who know a little astrology. (What’s that saying about a little knowledge being a dangerous thing?) Either they haven’t thought some things all the way through, or are simply speaking as amateurs on a topic they don’t know enough about. For instance, you see a guy has a Mercury-Neptune conjunction in Sagittarius. You know that Mercury rules communication, Neptune can be deceptive and Sagittarius rules honesty. So you do a hasty equation and think he’s an automatic liar— rather than speculating that he could be a poet or just vague with words. Your mind veers toward the worst-case scenario rather giving the guy a chance. Or just a different interpretation.

Perhaps this phenomenon speaks to straight women’s anxiety and uncertainty around straight men, especially when it comes to dating. Modern relationships in the age of Tinder and #MeToo have gotten more complicated than ever. Regardless of one’s gender identity or sexual orientation, it’s a scary time to be vulnerable and trusting. For some people, astrology could seem like a bit of an insurance policy. Unfortunately, we’re misusing it and making false claims.

What is important, for straight women in particular, is how a man treats the things that interest you. If he belittles you because you’re into astrology, f*ck him. (And I don’t mean literally.) You don’t need to look up his Mercury sign to know he’s a jerk. He is. Respecting you means respecting even what he doesn’t understand.

I know many women and some men who don’t understand the fascination that guys have with sports, especially American football. But I’ve seen far fewer of those folks who denigrate sports-lovers because of their passion. After all, what’s so “real” (as in, empirical or even impactful) about men in tights and helmets shuttling a football back and forth across a field while undertaking a huge physical risk? Yet, few men question the reality of sports as much as they do astrology.

Personally, I’ll put things in perspective with my guy friends right quick if they disrespect my work or astrology in general. Those who know me well know that I can be an asshole who will call things as they are. So, if dissed, I will say, “Yo, Jerome, do I disrespect you and your faith when you talk about your absentee lord and savior Jesus Christ and how you can both go to church on Sunday morn with your wife and talk about being slutty on Saturday night with some women? Nope. So, don’t talk smack about astrology. You don’t know anything.”

Fortunately, I have next to zero people like that in my life…now. But you get the point. What you deem as real or not doesn’t give you license to be a jerk. Or to bail on a possible relationship based only on your cursory understanding of astrology.

Astrology is thousands of years old and requires diligent study and thought to understand. Straight guys might do well to study it—if only to be a little less literal. And for the women who date them? Enjoy astrology’s intrigue and revelations. But use its insights to round out your knowledge and understanding of your dates, not to round-kick them in and out of your life.

Samuel F. Reynolds, a former skeptic, had a life-changing visit to an astrologer and has since spent 23 years doing charts and studying astrology. Now Samuel consults, writes and teaches astrology full-time. He currently serves on the board of directors for the International Society for Astrological Research (ISAR) and the Astrology News Service, and he’s a co-founder of the International Society of Black Astrologers.