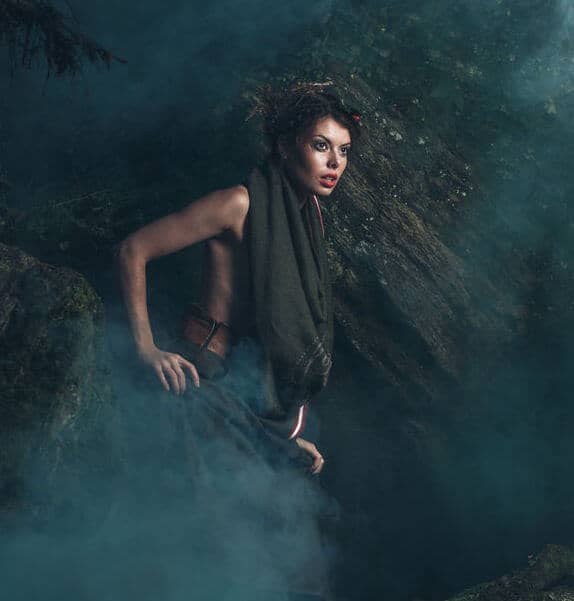 When love planet Venus is retrograde it can disrupt the harmony of our most important ties. But what if her reversal is actually a blessing in disguise?

When Venus makes her shift from a morning star to an evening star, you could experience a romantic rebirth and sexual reawakening.

What happens in a Venus retrograde?

You may have heard the hype about Venus retrograde, a six-week backspin that happens every 18 months. When the Heavenly Headmistress of Harmony takes this celestial sabbatical, relationships can go awry. Our normal levels of kindness and compassion deplete and the past can creep back in—from ex-flames to old inflammatory issues.

But astronomically, Venus retrograde is pretty profound: This 40-day backspin marks the period when Venus begins her shift from:

An evening star—bright and visible in the sky near sundown

To a morning star, rising just before the Sun

In the middle of this transition, Venus vanishes from the sky—well, at least from our view here on Earth. The disappearing act happens approximately two weeks after the retrograde cycle begins—and lasts for around eight days.

While invisible, magnetic Venus holds a secret session with the life-giving Sun as the two meet up at the exact same zodiac point in the sky. In astrology, we call this an inferior conjunction between the Sun and Venus.

The Venus cycle in astrology

This planetary playdate also marks the beginning of a brand-new, 584-day Venus cycle.

Much like a monthly new moon, we can think of this day as a “new Venus” or a “Venus rebirth.” As Venus goes totally dark, we have blank canvas upon which we can imagine the future we want to create in our love lives.

Prior to it, as Venus retrograde winds down her evening star cycle, we may see things that need to be “put to bed,” so to speak: limiting beliefs, toxic relationships, unreasonable demands, destructive and abusive behaviors.

This 40-day backspin marks the period when Venus begins her shift from an evening star—bright and visible in the sky near sundown—to a morning star, rising just before the Sun.

After the Venus rebirth, as she crosses the threshold and becomes a morning star for the next nine months. In the process, we may become “impregnated” with new visions of what love could be and giving us a chance to bring them to life and to light!

Fun fact: While the Mayans weren’t fooled, the ancient Greeks once thought that Venus was two planets. As such, she has two names:

In the morning, she is Phosphorus, which means bringer of light.

In the evening, she is Hesperus which means Western since she appeared near the Sun at dusk.

In 5 B.C., it was mathematician/stargazer Pythagoras who realized that Phosphorus and Hesperus were one and the same.

Should you get into a relationship during Venus retrograde?

Metaphorically, the “New Venus” day might be a moment when all our old stories and hang-ups about love could finally disappear. Of course, so too can our sense of groundedness, safety and trust, which is why this is NOT the day to make any rash decisions or sudden moves.

We might also feel the influence of Venus’ powers in more invisible ways as it affects and directs us spiritually, emotionally and energetically—rather than by delivering any outer events or results. We may not feel clear-headed or able to make rational decisions about romance on a New Venus day. Instead, we simply have to surrender and “just be” in the flow of Venus.

Shortly after her rebirth, we’ll see Venus again, rising as a morning star in the Eastern sky, shortly before the Sun. Her morning star cycle gives us nine juicy months of creative, visionary energy. After that, she becomes a dreamy evening star until her next retrograde cycle.

Finding Venus in your birth chart

To determine your Venus position, first locate the Sun in your natal chart (do your FREE free birth chart here).

If Venus is clockwise from your Sun (or at an earlier zodiac sign), you’re a Morning Star Venus.

If Venus is positioned counterclockwise from the Sun (or at a later zodiac sign), your Venus type is an Evening Star.

You can also use the tables below to determine your Venus type.

What if my Venus and Sun are in the same zodiac sign?

Pro tip: If your Venus and Sun are in the same zodiac sign, you’ll need to check their degrees.

If your Venus is at a lesser degree than your Sun you are a Morning Star Venus. (Example: Venus 19º Scorpio, Sun 21º Scorpio.)

If Venus is at a higher degree than your Sun you are an Evening Star Venus. (Example: Venus 28º Scorpio, Sun 21º Scorpio.)

If Sun and Venus are at the same degree, you’ll have to check the minutes, which are the little numbers to the right of the degree symbol.

What the Venus Morning Star means

You are a feel first, think later person who tends to be guided by your emotions—logic, be damned!

In love, you can be spontaneous, free-spirited and open to adventure. Even if you appear tough on the surface, you’re a hopeless romantic. When you fall, you fall hard and may rush into romantic relationships without truly knowing what you’re getting yourself into. It’s hard for you to hide your feelings and you may need to process them verbally.

Despite the inevitable pain of breakups, you will love again (and again). But will you make a better choice next time? Try to distill the lessons of each romance instead of rushing from one lover to the next.

What the Venus Evening Star means

You take your time to warm up to people and reveal your emotions slowly and deliberately— even when the attraction is burning inside you.

Relationships are serious business, and you play for keeps. As such, you want to know what you’re getting yourself into before getting swept away. You may process feelings internally, working them out in your head instead of in dialogue. You take a long time to get over heartbreak and may ruminate and obsess for a long time, even if you never speak to your ex again.

Set a time limit for harping on a breakup and stop retelling the old woe-is-me tales. You need to learn how to keep moving forward.