Following moon cycles can be a great way to set goals and reap their benefits. Astrologers believe that our energy begins to build at the new moon, then peaks two weeks later at the full moon. In many cultures, farmers have planted by the new moon and harvested by the full moon. Why not get a little lunar boost for your own life? There is also a six-month link between new and full moons. Each new moon falls in a specific zodiac sign. Then, six months later, a full moon occurs in that same zodiac sign. 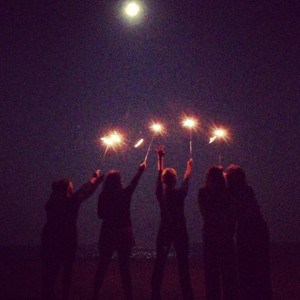 New moons mark beginnings, and are the perfect time to kick off any new project or idea. Lay the groundwork for what you want to manifest in the coming six months. Set intentions or initiate relationships and tend to them for a half year. Fresh starts are favored by the new moon.

Full moons are times for completions, creative outpourings, and harvesting. They’re also your cue to cash in on anything you started at the corresponding new moon six months earlier. What have you been building toward? Full moons act as giant cosmic spotlights, so they can be illuminating. Everything comes out into the open in the light of the full moon—including the parts of human nature known as the “shadow.”