The 8 Moon Phases: Which Were You Born Under? 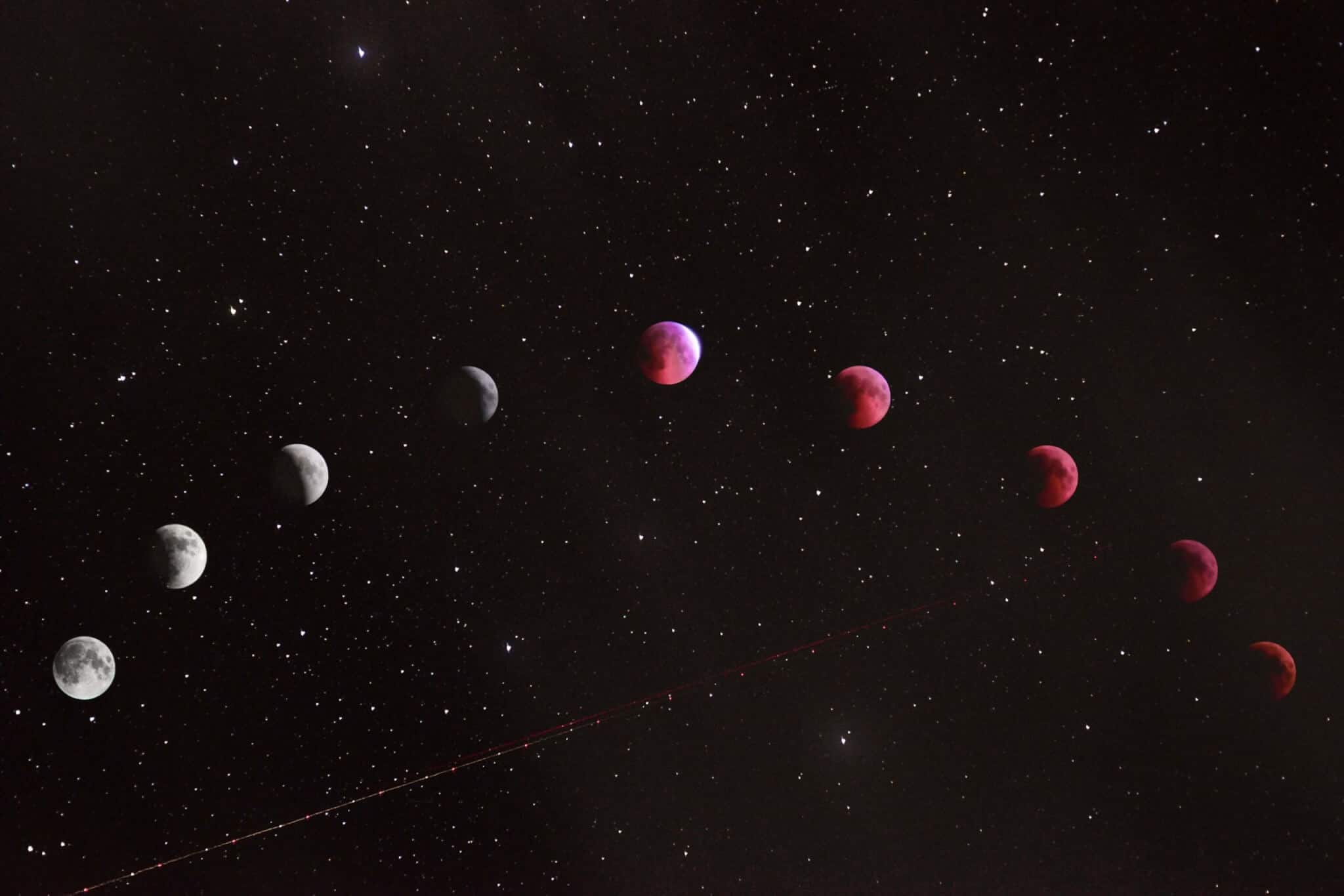 What phase was the moon in when you were born? Knowing your “natal moon phase” provides a fascinating layer of self-discovery.

If your birthday took place under the brilliant light of a full moon phase, you may be a hopeless optimist who looks on the bright side of things. Those born under just before the dark new moon, in the final balsamic phase, tend to have an old soul wisdom.

Use our Cosmic Calculator to find your natal moon phase >

People born during this lunar phase tend to be spontaneous, following their urges rather than a road map. Life is one big adventure for these impulsive, “live for the moment” types. They can be rather innocent (and at times naïve) but their belief that anything is possible is often their greatest gift. In many ways they are unrestricted by the ego-based insecurities that their fellow humans wallow in. Action is the name of their game. They enjoy starting things but may need to develop more follow through—or find other people to help them take it to the finish line. While they enjoy their freedom, they also crave security, guidance and “parenting” longer than most.  They may seek friends and partners who are caretakers until they develop a sense of confidence in their ability to provide for themselves.

People born under this lunar phase tend to be creative AND traditional. While they will color outside the lines, they have a strong sense of loyalty — especially to parents or childhood friends. They may be the ones to help the family “roll with the times” without running off to the big city and leaving everyone in the dust. Learning to assert themselves and to accept their own “differences” is what will lead to their evolution. Crescent Moon people can be dilettantes, dabblers and culture vultures. You want them on your team at trivia night because they tend to know a little bit about a lot of different things. Experiential learning is right up their alley — they want to touch, taste and feel. They may return to school numerous times throughout life or be die-hards in the workshop scene.

People born under this lunar phase tend to be changemakers. They have a solid grip on the old way of doing things and seek to improve the formula — or reconfigure it altogether. Intellect and intuition are equally important to First Quarter types. They want to think things over before rushing to act. But when it’s time to make a move they won’t hesitate for long. These types operate well under intensity and pressure and can come up with quick solutions during a crisis. While they don’t run off of raw instinct, they still appreciate the spirit of spontaneity. They tend to plan for the near future rather than the long-term and may need help with drawing up budgets or starting a retirement account. Partnerships are everything to them, whether seeking a romantic mate or having savvy friends nearby who can serve as sounding boards.

People born under this lunar phase are driven by passion and purpose. They want to put something meaningful into the world; something that helps other humans see the light or understand a universal truth. They won’t waste time on “fluff.” But if they believe in the essence of a project they will devote their lives to developing it. Gibbous types love to help upstarts take their ideas to the major leagues! They are quick studies, but because of their unorthodox methods (pounding the pavement, DIY tactics, working ‘til all hours) they run the risk of being left behind when their “babies” get a big break. Cultivating patience and learning how to be more structured, sophisticated — and self-protective — can ensure that they profit from their hard work too.

People born under this lunar phase are natural providers who know how to live life to the fullest. Confident in their ability to manifest and succeed they may live a charmed life. They may even have a parental vibe about them as they are abundant and love to share. Cool and objective when it comes to their careers, they stay calm under pressure, which makes them well suited for major positions of leadership. Emotional situations, however, can be torrid — they might even seek drama in their romantic lives for the “thrill” of it.  They can also become so busy following their ambitions that they forget to cultivate their individual and spiritual selves. Since the moon governs our emotions and the Sun rules our ego letting go of the “need to succeed” could be a huge struggle — especially if it’s born out of ego instead of a higher purpose. Full Moon people may become spiritual as a result of a crisis or failure — situation that forces them to look beyond the material world. Intense anxiety may accompany this, even a nervous breakdown, if they don’t cultivate emotional intelligence earlier in life.

People born under this lunar phase have an old soul or fringe-y quality about them. They march to the beat of their own drums, seemingly unaffected by the “stupid human tricks” going on around them. They are often tastemakers and thought leaders: thinking (and dressing!) outside the box is their natural expression. Although they enjoy attention and interaction with others, they can also be loners. They’d rather connect to lofty ideas or even the divine forces of the universe than everyday people. Since others tend to follow their lead — especially when it comes to more offbeat or spiritual pursuits — they must be careful not to develop a guru complex or to take advantage of other people’s naivete. Innovators, they may invent something game-changing in their lifetime.

People born under this lunar phase are renegades at heart. Their independence and individuality is tantamount to their happiness. They enjoy stirring the pot — shock value is their secret weapon and they’ll keep the world guessing. While they enjoy being in relationships with people, they are equally (if not more) enamored with the pleasure of their own company. Self-sufficient and in tune with their inner guidance, they don’t want to be weighted down by responsibility to other people. Dependencies feel burdensome; they need the freedom to jet off on a self-discovery mission at any moment. But they are cooperative and enjoy having an independent equal around for attention and repartee. These people may create brilliant works of art, music, literature and science in their lifetimes. But they can be so ahead of the curve that they are only celebrated posthumously or years after they’ve put these projects to bed.

People born under this lunar phase are a bit otherworldly. Their souls are a tad weary as if they’ve been through this all before and wonder, “What the heck am I doing back here again, anyway?” In truth, they’ve probably enjoyed more than their fair share of lifetimes on this plane. Balsamic Moon types are spiritually inclined thinkers who aren’t altogether comfortable in their own skin. It’s as if their reluctance to incarnate (again!) keeps them hovering outside their bodies. But staying on the ethereal plane is a mistake for them! Physical activity — as well as enjoying the sensual pleasures of food, fashion, music and art — is the key to their enjoyment on Earth. That said, they probably have to push themselves to go out and play — or make friends with “culture vulture” types who will get them out of the house. Once they do, their spirits lighten considerably (this gang can be quite melancholic) and they learn to stop making every “stressful” situation into SUCH a big deal.  Another Earthly passion for Balsamics: collecting fascinating people and sharing deep, meaningful conversations. They may find fulfilling work as therapists, shamans, healers or other roles where they can provide a guiding hand to people, especially through dialogue.

Photo by Farzad Mohsenvand on Unsplash