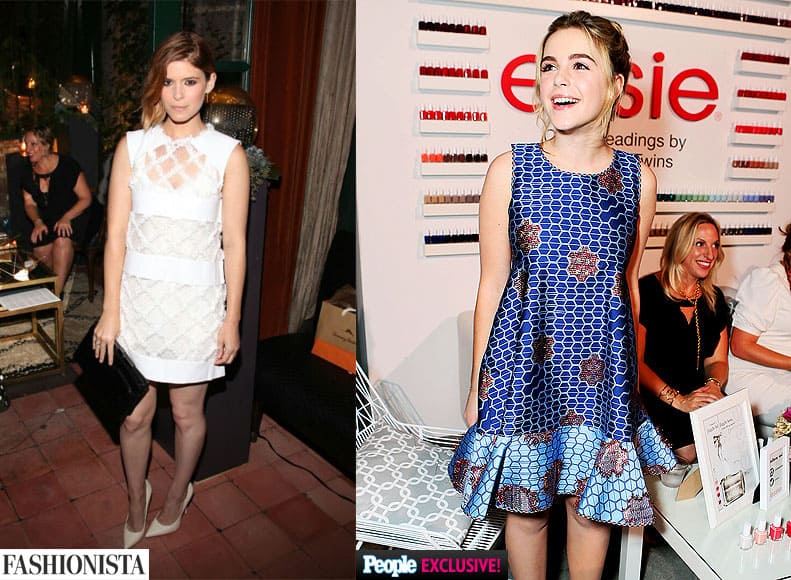 Long before astrological advising was even a blip on our professional radar, we earned our Fine Arts degrees from The University Of Michigan. Like Scorpio Lorde, “we don’t come from money.” Painting, drawing and reworking thrift store finds kept us plenty entertained when we were growing up in our working class suburb on the outskirts of Detroit — even while the public school arts programs kept getting funding cut.

When it was time to apply to college, we prepped portfolios based on wearable, drivable art. Denim Rebellion was our enterprising teen fashion label. We painted elaborate stories on vintage Levi’s and sold them at a funky Detroit-area boutique called Cinderella’s Attic. Right before our senior year, we were wildly inspired by 1960s art. Our grandfather’s Ford Fairmont, which he gifted us on our sixteenth birthday, transformed into “The Psychedelic Chariot.” The murals, some cribbed from Peter Max, The Yellow Submarine and Jimi Hendrix album covers (hey, we were in high school) would literally stop traffic.

People would ask, “What does your family think about this car or your crazy clothes?” To that we would proudly answer, “They love it!” We were lucky to be raised by relatives who always encouraged artistic expression. Our Aquarius Aunt Carolyn was a major force behind our choice to explore a career in the arts. Our earliest memories involve sitting side-by-side with her while she painted and illustrated. She would always let us use her high-quality markers and clay — a generous act once we later discovered how much those art supplies cost! But, nurturing budding artists has always been her passion. Over the past fifteen years, she helped to build an actual museum in her So-Cal town of Oceanside. Camp Pendleton, a military base, is located in Oceanside too, so it’s not exactly a “duh!” location for an arts scene. But our aunt and a small group forged ahead and the Oceanside Museum of Arts came to life. To date, it features world-class exhibits, has birthed a cultural scene in the coastal California town, and has helped veterans heal PTSD through art. On October 10, our aunt was honored for her contributions to museum, and we were there this week to give her a standing ovation.

Emerging talent was popping up everywhere with the Sun, Mercury retrograde and Venus in artsy Libra. We spent a glamorous night in LA, thanks to Essie Nail Polish and People magazine, doing readings at People’s “Ones To Watch” party. At this celebration of Hollywood’s up-and-comers we got to advise burgeoning talent on how to strategize by the stars. We also picked out colors for them from Essie’s Winter Collection: Jiggle Hi, Jiggle Lo is an amazing shade of silver, FYI.  Our favorite reading was for Scorpio ingénue Kiernan Shipka who plays Sally Draper on Mad Men. Tali was hoping to spot her celebrity crush, Vikings star Travis “Ragnar” Fimmell at the party. But alas, our line was too long for her to stalk the crowds and this Cancer hottie did not stop over for a reading (sad panda).

Then, it was off to New York City to fete fashion-photographer turned handbag-designer Monica Botkier. In true Capricorn style, Monica’s empire (or femme-pire) is rapidly thriving. She’ll open up her first store in NYC’s Meatpacking District in 2015. Given that she’s a pragmatic earth sign, her luxury bags have a focus on functionality — no fumbling for that cell phone with her savvy pocket placements. The vintage-chic Waverly Inn was a dreamy backdrop for “The Future Of Botkier” celebration. There,  we talked stars around the table and in a private sitting room with Monica, House Of Cards’ Kate Mara and all the media mavens in attendance including our awesome Refinery29 editrix Connie Wang.

By the time this glam-rocking week drew to a close, we were both photographed doing readings in the background of a TV celebrity. Tali’s elbow made it onto People.com too.  Traveling this much during Mercury retrograde has been a whirlwind for sure but thankfully only one flight was delayed.  Now it’s time for Epsom salt baths and some serious R&R to restore our psychic channels after doing nonstop readings. After all, we’ve got some horoscopes to write!

P.S. Speaking of horoscopes, our 2015 Planetary Planner is now on sale! It will be ready in December, but we’re gifting you 20% off if you pre-order. Reserve your copy here!