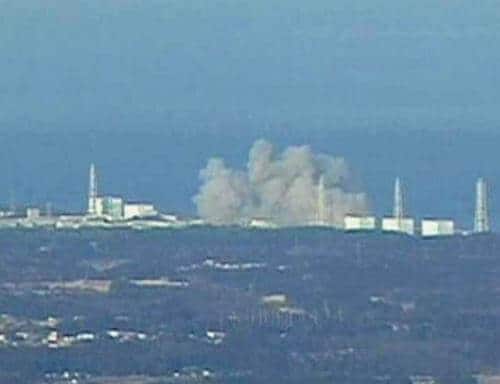 On March 11, the day Japan was rocked by a devastating earthquake and a tsunami, the stars made a major transit that coincided with this disaster. Uranus, the planet of instability and unexpected events, moved from Pisces (ruler of the sea) into Aries (ruler of fire, metal, explosions). Uranus creates the kind of energetic turbulence that could trigger an earthquake, a tsunami and a nuclear power plant explosion all in one day. In fact, Uranus rules electricity, which is generated by nuclear power (uranium). As the destabilizing forces of Uranus moved from a Water sign to a Fire element, it left a horrific scene resembling a Hollywood “Armageddon” movie.

We looked at the astrology of Japan and saw that the country observes its founding date as February 11, 660, making it an Aquarius-ruled nation. Uranus is the planetary ruler of Aquarius, and thus, of Japan. In astrology, a ruling planet governs the overall character of a person, nation or event. This Uranus rulership could explain the country’s unstable history — politically, economically and with natural disasters. Japan is located in a volcanic zone known as the Ring of Fire, and experiences earthquakes and tsunamis a few times each century.

The last time Uranus was in Aries was 1927 to 1935. During that time, Japan’s depressed economy led the country into greater militarism. (Aries rules the military and weapons.) In1931, Japan invaded Manchuria, leading to years of unrest in the Far East. Some historians cite this event as planting the seeds of the Pacific War, the part of World War II that culminated in atomic bombings of Hiroshima and Nagasaki that killed 150,000 people and left others injured or sick from radiation.

People are already comparing Japan’s current devastation to the A-bombings that flattened two cities in 1945. Prime Minister Naoto Kan even said, “The current situation of the earthquake, tsunami and the nuclear plants is in a way the most severe crisis in the past 65 years since World War II.”

If history does indeed repeat itself — and the planetary cycles come in waves — perhaps a look at Japan’s post–World War II climate can provide cues for recovery. Uranus is the planet of invention and the future, and its presence in Aries has coincided with technological breakthroughs including the telegraph, the radio and the airplane. Maybe this tragedy will spur innovators to find new and safer energy sources. In the meantime, our thoughts and hopes are with the people of Japan.