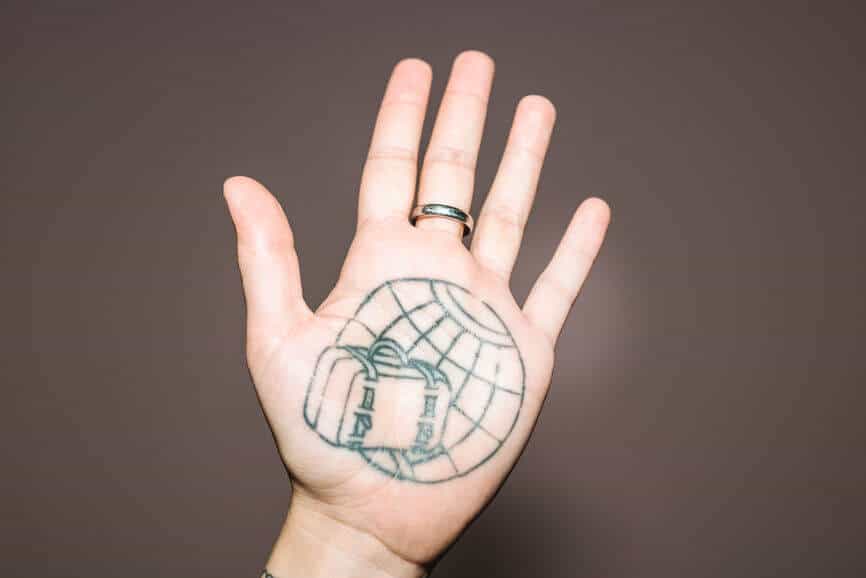 Sweet home, Alabama! Or is that Australia, Argentina or Amsterdam? Jupiter only visits each sign every 12 years.

Global connections ignite as abundant Jupiter returned to its home sign of worldly Sagittarius on November 8, 2018 where it will stay until December 2, 2019. Jupiter is the natural ruler of Sagittarius, so you get a double dose of expansive and enterprising energy with this visit. Bring on the positive thinking and limitless possibilities! A spirit of adventure overtakes us now, and it’s such a refreshing change. There’s nothing Jupiter loves more than a gutsy risk, so strap on your multicolored parachute and jump!

Jupiter’s move from myopic Scorpio to big-picture Sagittarius is like adjusting our viewfinders from microscopic detail to a wide-angle setting. We’ll emerge from 13 intense and transformational months in the Scorpio cocoon, exiting the chrysalis and spreading our butterfly wings like it’s Carnival season in Brazil. What a bright and wonderful world we will see through the optimistic Sagittarius lens! Be sure to soak up the happy-go-lucky vibes while you can—Jupiter only visits each sign every 12 years. Its last tour of Sagittarius was from November 24, 2006, until December 18, 2007.

What were you doing 12 years ago? You may see themes from that time in your life emerge once again.

While Jupiter is in Sagittarius, we’re hungry for fresh experiences and mind-expanding ideas. Stretch beyond the familiar! Spin the globe and visit a country that’s on your bucket list. Learn a foreign language or engage in philosophical dialogue with people from different cultures and backgrounds. The travel sector could boom during this Jupiter cycle, as new innovations shorten the distance between us and our global neighbors. From high-speed planes and trains to sleek new airports to the next iteration of FaceTime and WhatsApp, time zones will soon be “nothing but a number.”

The way we travel could evolve, as it has during past Jupiter in Sagittarius cycles. In 1924, while Jupiter was here, the U.S. Army completed the first-ever ‘round the world flight. The inaugural Hindenburg flight was in 1936, during Jupiter’s next visit to Sagittarius. Where will we go next? With a space race already underway, the first “beta launch” may come sooner than expected. And after the budget woes and customer service scandals that airlines suffered in 2017, flying the (not-so) friendly skies could get a much-needed upgrade once Jupiter transits into the Archer’s realm.

New ways to learn and earn.

Higher education will benefit from Jupiter’s college tour of nerdy-cool Sagittarius. From online academies like Udemy and Lynda.com, to new ways snag a degree (without the staggering debt), this transit might reform the way we learn and earn. With globetrotting Jupiter in freedom- loving Sagittarius, we’ll find new ways to make a living that don’t require us to be chained to a physical location. Think beyond the nine-to-five: Jupiter in entrepreneurial Sagittarius could foster some fascinating startups. Traditional companies may start to encourage “intrapreneurship” (being entrepreneurial within a corporation), offering perks like flexible hours, remote work and other gig-economy benefits that help them retain happy employees. Will the dreaded commute die a merciful death?

This Jupiter cycle can bring new ways to spread a message across the miles. In 1983, Jupiter in Sagittarius brought us the first-ever mobile phones, introduced by Motorola. Jupiter’s most recent visit to Sagittarius in 2007 gave us the iPhone, a Sagittarian invention if there ever was one. By November of that year (close to the end of that Jupiter cycle), Apple had sold more than 1.4 million iPhones.

The precursor to the selfie was also born while Jupiter was in Sagittarius. The first Polaroid Land Camera introduced instant photography to the world in 1947. (Interestingly, manufacturing ended in 1983, during a later Jupiter in Sagittarius cycle.) It will be fascinating to see what Jupiter’s next spin through Sagittarius will bring, especially since publishing and media also fall under this cosmic umbrella. Will touch screens and swiping go the way of CD players and cordless phones?

Publishing and broadcasting: A media revolution.

Sagittarius and Jupiter both rule publishing, and indeed the way we consume media has changed. From “fake news” and data-mined “suggestions,” from Amazon to the binge-watching and YouTube revolution, anyone can find a platform to air their views. Expansive Jupiter in Sagittarius will bring new developments for consuming and making media. During a 1936 Jupiter transit, the BBC aired its first televised broadcast; forever changing the way news is received. Since Sagittarius rules morals and values, journalistic ethics could become a major topic of debate.

In the best-case scenario, Jupiter in Sagittarius could be a time of cross- cultural harmony and rekindled diplomacy.

Immigration and cross-cultural issues have become charged topics in the last couple years, and with Jupiter in multicultural Sagittarius, they might take front-burner status. In the best-case scenario, Jupiter in Sagittarius could be a time of cross-cultural harmony and rekindled diplomacy—a welcome relief from the xenophobia that rose while conservative Saturn was in Sagittarius from 2014 to 2017. Orthodox Saturn here brought fear-mongering and a rise in hate crimes. Open- minded Jupiter makes us curious about our international neighbors, which can rebuild bridges that were burnt. Immigration policy could get a much-needed makeover, as Jupiter in Sagittarius (which also rules the law) defends freedom of speech and religion.

On the flip side, the doubled vibration of Jupiter in Sagittarius can heap fuel on the fanatical fires, giving rise to political extremism and religious fundamentalism. International politics may get intense. The Immigration Act of 1924 was passed while Jupiter was in Sagittarius, dramatically cutting the number of immigrants allowed into the U.S. That same year, Ellis Island closed as an entry point and became a detention and deportation center for illegal aliens. In 2017, lawyers and judges battled travel bans unfairly targeting Muslims in the United States.

Jupiter in Sagittarius will force us to deal with the lingering divisiveness. We could see major political leaders rise and fall. During past Jupiter in Sagittarius transits, Gandhi and Yitzhak Rabin were murdered, the Dalai Lama fled Tibet and Margaret Thatcher and Fidel Castro took power. The Nixon Watergate scandal also played out while Jupiter was in Sagittarius during the early 1970s.

Looking for a worthy cause while Jupiter is in Sagittarius? Our suggestion: educational reform for girls in developing countries. It’s been proven that educating girls and women is the key to eradicating global poverty. One in three girls is married before age 18 in developing nations, and pregnancy complications are the leading cause of death for girls age 15 to 19 worldwide. By contrast, when girls are educated, they can contribute to their economies, breaking the cycle of hunger and poverty. As self-sufficient citizens, they are less likely to contract diseases that ravage their communities and cause widespread deaths.

Yes, that’s our soapbox (hey, we’re Sagittarians!)—and there will be plenty to preach about while outspoken Jupiter is in the visionary planet’s domain. Just watch a tendency to become an “armchair philosopher” with the spotted planet in this lofty, pontificating sign. With Jupiter in truth-teller Sagittarius, people will get fired up to live by their principles. Let’s make sure those ideologies are rooted in facts, not false information.