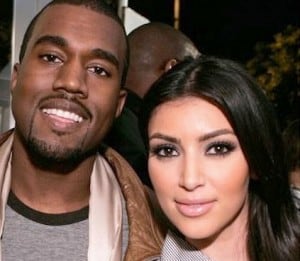 Libra Kim Kardashian didn’t waste a lot of time being single — and as the sign of partnership, Libras aren’t often found alone. Has she met a compatible match in Gemini Kanye West? Quite possibly. Libra and Gemini are both Air signs, and tend to vibe on the same wavelength.

But a closer look at their charts reveals that they both have their Moon sign in Pisces. Having a compatible (or common) Moon sign is even more important than Sun signs for couples. The Moon determines your soul and your emotional character. If someone shares your Moon sign, you both need the same things from love. So even though Kim and Kanye may seem like a match based on fame, they could have more in common than meets the eye.

When determining compatibility, we also look at Venus, the love planet, in the chart. Both Kim and Kanye have Venus in sensual Earth signs (his is Taurus, hers is Virgo). As flashy as she may be on the outside, Kim needs a man with a slow hand; Venus in Taurus fits the bill.

Although the life cycle of celeb relationships can be short, we won’t be surprised if this one actually lasts … at least, as long as Kanye doesn’t hijack the camera when taping the Kardashians’ reality show. Otherwise, he’ll have Scorpio mama Kris Jenner to deal with, and that won’t be pretty.