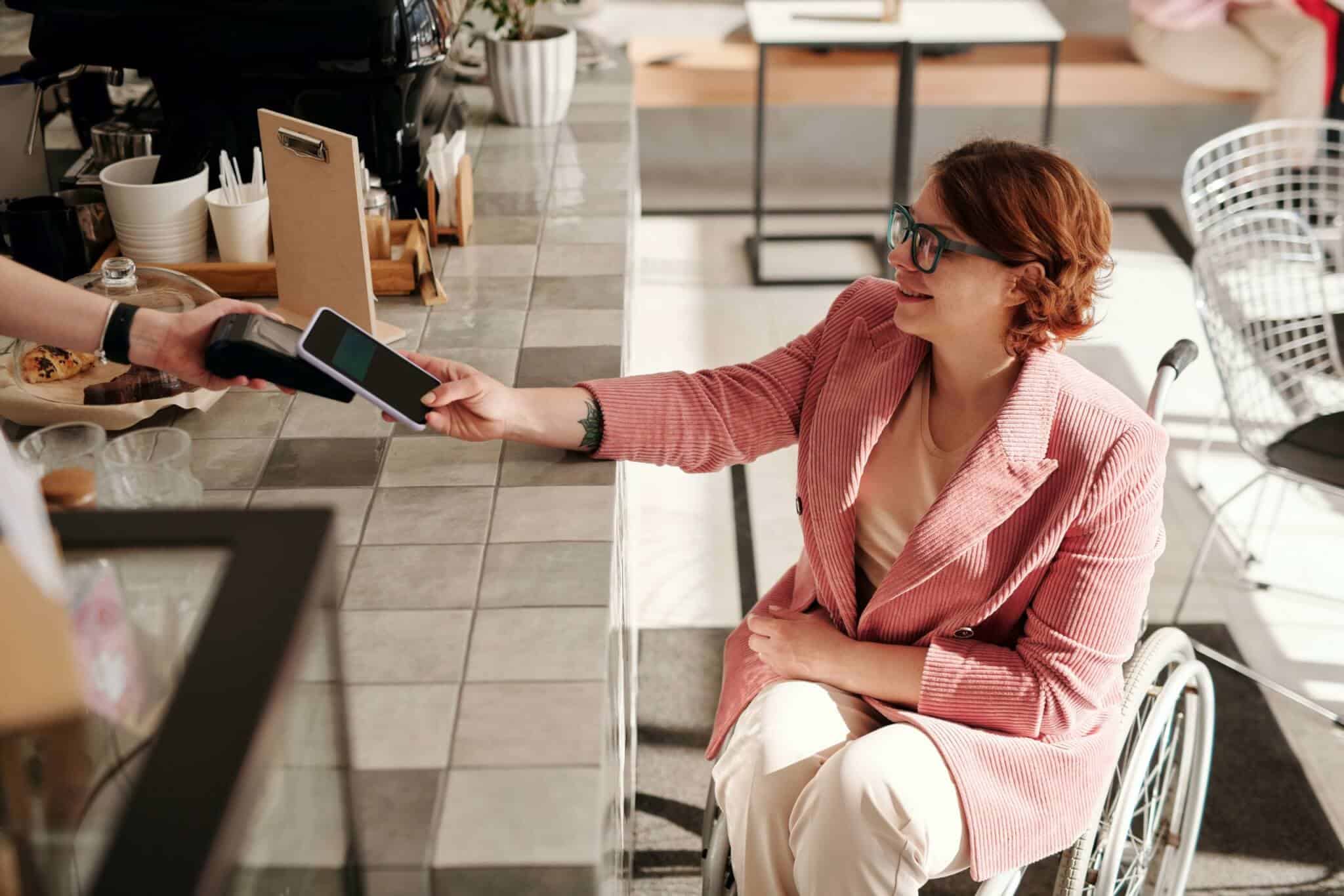 The planet of communication is direct in Aquarius through March 15

The first Mercury retrograde of 2021 ends on February 20. We can all start speaking a little more freely again.

After a choppy three weeks, the messenger planet wakes up from its befuddling retrograde and powers forward through Aquarius until March 15. With Mercury backstroking through dispassionate Aquarius since January 30, we may have felt robotic or cold in moments that called for a little more compassion.

If you found yourself at a loss for words—and quite possibly ghosting people because of it—you can reboot the signal and see if this issue can be talked out. With Mercury back on track, the chronic misunderstandings that disrupted life can give way to healing reconciliations. Contracts that were held up in red tape may finally move into the negotiation (and signing!) phase.

But don’t lose the important message Mercury retrograde taught about the pitfalls of skimming the surface instead of finding out what lies beneath. Even if you learned this in a tough-love kind of way, you can move forward with a new resolve to slow down, get every question answered and read the fine print.

Two more Mercury Retrogrades will occur in 2021, but for now, we can all breathe a sigh of relief!

Sweet cosmic relief! On February 20, Mercury concludes its three-week retrograde and soars ahead into your eleventh house digital sector until March 15. If you’ve been suffering from social media drama or technology breakdowns, you should be back to broadband-speed success soon enough. Take steps to resolve any troll-related troubles (even if that means blocking a few unsavory online characters). With the expressive planet finally direct, you may get the urge to launch a virtual venture, podcast or innovative app. Update your personal website or social profiles and share with the world.

The past three weeks may have been a bit bumpy on the career front thanks to Mercury’s retrograde in your tenth house professional sector. But your mogul mojo returns with a vengeance on February 20 as the expressive planet resumes its forward motion. From now until March 15, get promising projects into production, schedule meetings with movers and shakers and pitch ideas. On the outs with an influential person, like your boss or a key client? Use this Mercury momentum to bury the hatchet and get back in sync.

Mixed signals? Staring February 20, you can begin ironing out any misunderstandings that crept in since Mercury turned retrograde on January 30 in your ninth house. As the buzzy planet corrects course, swallow your pride and apologize for speaking in haste if you’ve offended. If you exaggerated any details, come clean. The truth shall set you free—but just because the retrograde is over doesn’t mean you should ditch diplomacy and tact.

If you’ve been hiding (or suppressing) your feelings for the past three weeks, that all changes on February 20, when Mercury snaps out of retrograde. As the communication planet powers forward in your intimate eighth house, you could finally open up to a confidante and liberate yourself from all those secrets. If this matter is still too sensitive to discuss with someone in your circle, consider talking to a therapist or a coach who’s trained in this issue. An ex may have resurfaced since Mercury’s backspin began back on January 30, stirring up all kinds of emotions. Now that Mercury is correcting course, you’ll be able to clearly figure out where you stand.

If you’ve been plagued by indecision these past three weeks, you’re not alone! Mercury’s been retrograde since January 30, scrambling signals in your seventh house of close connections. If you found yourself squabbling with your S.O. or unexpectedly ignored by a good friend, now’s the time to resolve the situation. When you invite them into a heartfelt conversation, lead with honesty and ask for the same in return. If the two of you can’t see eye to eye, you may decide to part ways. It can be hard to let people go, but you owe it to yourself to have partners who prioritize you.

Ready for a mind-body reboot? If you’ve been indulging in some not-so-healthy habits over the past three weeks, you can blame Mercury’s retrograde in your sixth house self-care zone. Quickly begin revamping your patterns and behaviors when Mercury retrograde ends February 20 as the messenger planet pivots back into direct motion. Prioritize healthy eating, compare fitness and meditation apps and pull back from friendships that are draining your energy. Some cleanup in your professional affairs may be necessary. If you’ve been scattered or disorganized, mental Mercury’s momentum will help you streamline and prioritize.

You may have felt resistant to love over the past three weeks while Mercury was retrograde in your amorous fifth house. Did you battle with your partner or dismiss a potential bae too hastily? Now’s the time to set things right! Start to clear up misunderstandings on February 20. With Mercury back on track, you can reconnect with your desires and express them authentically. With some honest and fearless communication, you can clear up any lingering confusion with loved ones. Feeling yourself? With Mercury moving forward, it’s time to freshen your closet with a few new pieces, even if you’re only going to the grocery store these days.

Peace returns to your palace on February 20 after a grueling three-week Mercury retrograde that rocked your fourth house of foundations and home. If you’ve been sparring with loved ones since January 30, wave the white flag. Now that Mercury is resuming forward motion, reach out to anyone you’ve been warring with and work toward a resolution. Did a simple misunderstanding cause a major disagreement? Bury the hatchet. It may not be funny now, but you two might actually laugh about it later!

Choosing compromise over conflict is the way to go starting February 20 as Mercury wraps up a three-week retrograde in your third house of cooperation. If your attempts at smooth interactions have been stymied since January 30, it’s no surprise. But if you’re willing to set egos aside and communicate (which includes both talking AND listening), you’ll amaze yourself with the creative compromises you devise between now and March 15. Has a passion project stalled? Pick up a book about your long-term goals or take a workshop to learn new skills. Boredom and burnout are optional—so why not get yourself back into an inspired state of mind?

If your financial forecast took a hit over the last three weeks, you can blame Mercury’s retrograde in your second house for any belt-tightening or scarcity fears. But when Mercury retrograde ends February 20, the messenger planet corrects course, and you can get back to the budgetary black. Silver lining: Your penny-pinching might have left you with a little extra in your bank account. Don’t go spending it all in one place, but do plan a little sensible splurge. Figure out exactly how much you can afford to pony up for this extravagance while padding your savings too. Consider investing in self-care, the gift that keeps on giving!

Have you been suppressing your feelings over the past three weeks? Since January 30, communication planet Mercury has been retrograde in YOUR sign, leaving many Aquarians feeling misunderstood and frustrated. On February 20, the messenger planet ends its backspin in your first house, canceling the pity party and squashing any drama caused by this transit (whew!). Mercury will remain in your sign until March 15, so use the healing influence to clear the air and catapult one of your creative ideas forward.

Note to Pisces: Success is the best revenge! You may have experienced some discouraging rejection over the past three weeks as Mercury stirred up some retrograde drama in Aquarius and your subconscious twelfth house. But that all changes on February 20, when Mercury FINALLY goes direct (forward). Pay attention to any positive feedback you’re receiving and build on that. While there’s always room for improvement, fixating on that will get you nowhere. Refine and polish your project, especially if it’s still in the rough-draft stage. The communicator planet soars into your sign on March 15, giving you the cosmic greenlight to unveil a new venture. Until then, work on perfecting your masterpiece from behind the scenes.