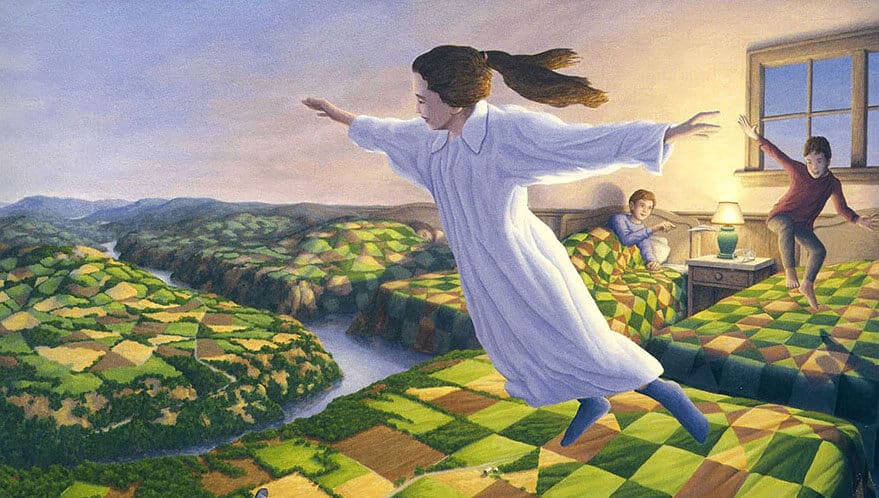 Calling all sirens, mermaids and water babies! The March 8, 2016 new moon (solar) eclipse in enchanting, ethereal Pisces—the watery sign of the fish—brings a flood of compassionate and healing energy to planet earth, while also exposing what’s been hidden.

The 2016 Pisces new moon is especially potent, as it’s both a supermoon (meaning it’s at its closest point to the earth, appearing especially large from our vantage point) and a solar eclipse. Eclipses sweep in to bring sudden changes and reinventions, so welcome the new (and the unexpected). Talk about a cosmically charged day! This is the third eclipse in a series falling on the Virgo/Pisces axis from March 2015-February 2017. Look back to March 20, 2015 for clues of what may resurface or move into its next phase of development.

Pisces is ruled by Neptune, planet of the subconscious and illusions. Life is but a dream under its trippy yet magical spell. But hey, it can be fun when things go differently than planned—once we stop fighting the flow. Today’s Pisces new moon presents the perfect opportunity to question, well, just about every assumption we’ve ever made.

Magic is possible today, so here are a few ways you can shift some molecules in the universe by tapping into the power of the Pisces new moon:

We’ve heard enlightened people (and wannabe enlightened folks, like us) suggest that “reality” is a made-up concept, subject to interpretation. But you know, there might just be something to that. Albert Einstein, whose theory of relativity turned our concept of reality on its head, was a Pisces. Today’s new moon encourages us to question linear concepts like distance and time. Ever notice that when you’re bored, an hour feels like a lifetime—but when you’re “in the zone,” it flies by way too quickly? Or, as we’ve heard people say, the President of the United States has the same 24 hours in his day as you do. The Pisces new moon prompts us to shift into quantum thinking, where time is more elastic than fixed—and can be bent at our will. One of our favorite (and most digestible) books on the quantum realm is Dr. Joe Dispenza’s Breaking the Habit of Being Yourself: How To Lose Your Mind and Create a New One. The Pisces new moon prods us to consider that maybe—just maybe—what we THINK we know isn’t the only possibility. Discuss!

To be human is to be a control freak, for the most part. Pisces is the sign of surrender and release. Under the spell of this intuitive sign, we’d all do well to hand the metaphorical reigns to the universe—which perhaps has a better plan than the one our mortal minds can concoct. When things take a U-turn or veer off onto an unchartered path, try not to freak out. Instead, say, “Hmmm…I wonder what I’m supposed to learn from THIS change of events?” Let your curiosity lead, rather than your anxiety. Stop, tune in, and plug into the flow. You’re being guided… so listen up!

3. Consider the concept of the “afterlife.”

Pisces is the zodiac’s twelfth and final sign, which is why so many people born under this sign are “old souls” with a strong connection to the other side. Pisces is also associated with reincarnation and the afterlife. Another book that’s made a huge impact on us is Anita Moorjani’s Dying To Be Me: My Journey from Cancer, to Near Death, to True Healing. When Ophi lost a friend due to tragic circumstances , we were so grateful to have found this woman’s autobiography. Moorjani’s entire body was overtaken by cancer, and she battled the disease for four years. On her supposed deathbed, she had a near-death experience where she realized her value as a human being, and that old, unconscious fear was at the root of her cancer. During this experience, she experienced pure oneness and love, being in multiple locations at once, and a state of freedom that she describes in poetic detail. After regaining consciousness, Moorjani’s health made a miraculous turnaround and she was released from the hospital weeks later without a single trace of cancer in her body. Moorjani is a Pisces (she states her birthday in the book—and hey, our inquiring minds had to know!), interestingly enough. Her story is medically documented. It’s an incredible book that can make you rethink what you know about illness, healing, life and death. If you’re dealing with the passing of a loved one, the website ModernLoss.com also offers a broad swath of people’s experiences dealing with grief, death and dying in today’s world. At the Pisces new moon, a fresh perspective on all of these matters can really go far.

What if you regarded everything you do—from brushing your hair to writing an email—as a work of art? Imagine what kind of honor, dignity and divinity you would bring to every moment of your life? You would exist in a true state of grace. So here’s a Pisces new moon idea: try this as an experiment for two weeks—leading up to the Libra lunar (full moon) eclipse on March 23—and see how your experience of life shifts.

Need a nudge? Get inspired by artist extraordinaire Michaelangelo—a Pisces born March 6, 1475. He spent four years painting the awe-inspiring ceiling of the Sistine Chapel, which is one of the seven wonders of the world. During his lifetime, Michaelangelo was known as Il Divino (“the divine one”). How very Piscean, since the veil between the earthly and the divine is thinned by Pisces’ heavenly influence. What spirit or force drove him to such excellence? Pick up your own version of the metaphorical paintbrush and find out.

Pisces rules the subconscious, and more and more, brain scientists are finding shocking health benefits of tending to yours through meditation. While the idea can seem intimidating (is someone else’s “om” more high-vibe than yours?) or irritating (you want me to sit still for how long?), you don’t have to run off to a ten-day silent retreat to achieve the stunning benefits. Far from it. Meditation simply requires you to sit still and be aware of your breath, even for a couple short minutes (this great guide to meditation for non-meditators explains it well). Personally, we like using guided meditations, like the astrological ones from our friend Terri Cole. The health benefits of meditating are pretty astounding, too. From lowering your blood pressure to increasing your empathy to reducing belly fat, wellness advocates are rallying us to “meditate, not medicate.” So why not start, or re-start, this affirming habit today? With holistic Pisces in the lunar hizz-ouse, it all begins with one deep and mindful breath.

When was the last time you lost track of a few hours and just let yourself follow your whims? Daydreamer Pisces encourages you to ride a divinely-inspired wave. Whether that means tinkering with a musical instrument or watercolors, having an impromptu dance party for one, or wandering through boutiques checking out scents, bespoke bags and lustworthy shoes (glamorous Pisces rules the feet, after all), the Pisces new moon encourages you to follow the muse.

7. Tap into the clean water movement.

Pisces rules the oceans and seas, and this eclipse could spotlight the need to protect and share our planet’s water. Not too long before this Pisces solar eclipse, residents of Flint, Michigan learned that their tap water—for which they paid double the national average—was contaminated and poisoned. Beyond this, millions of children around the world have little to no access to safe, clean drinking water. The Pisces/Virgo eclipses of 2015-17 are spotlighting this. At this Pisces new moon, take action to change that, whether you get involved with the #Justice4Flint cause post-rally or start your own CharityWater campaign. You can even get involved with local or regional efforts to conserve water and protect our planet’s endangered supply. Here are over 100 ways to do that. For an eye-opening glimpse of the battle for water (and the effect of corporate greed), check out the documentary Blue Gold: World Water Wars.

This article also appears on MindBodyGreen.com.