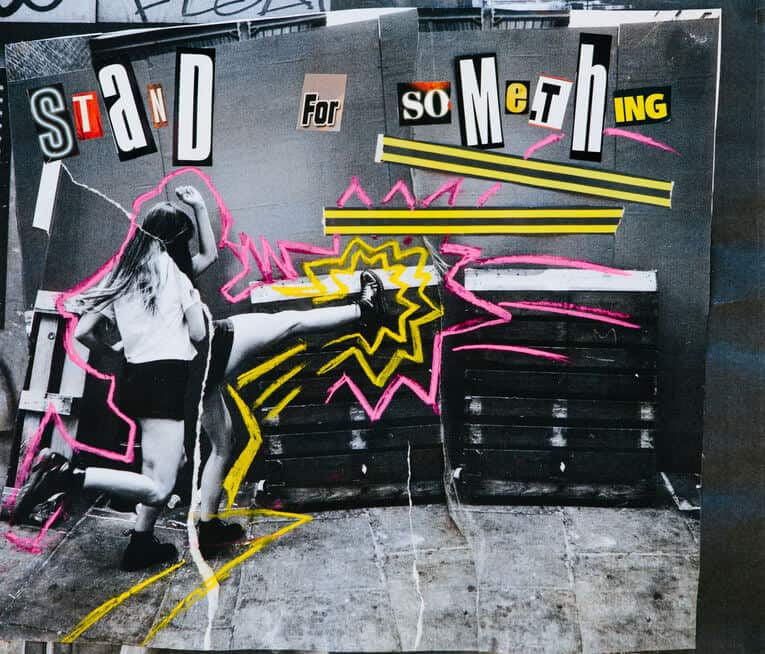 Divine feminine: rising! On November 6, 2018, the lunar North Node stepped down from Leo’s gilded throne and set up home base in Cancer, the zodiac’s mother, daughter, sister and queen. This eighteen-month cycle—which last occurred from April 10, 2000 to October 13, 2001—is like a cosmic calling for women to rise like a Maya Angelou poem:

“You may write me down in history

With your bitter, twisted lies,

You may trod me in the very dirt

The North Node’s position can be thought of as a worldwide beacon. The zodiac sign it is traversing alerts us to a collective pivot we must all make, as part of the shared “destiny of souls.” Until May 5, 2020, the North Node in Cancer shifts attention towards historically devalued “women’s issues.” To wit, blaring in the headlines now: reproductive rights, child welfare and family legislation (amplified by the child separation violations at the U.S. borders), and the role of women in powerful positions, such as government offices and the uppermost echelons of corporations.

Even now, during Women’s History Month 2019, the journey towards gender equality seems filled with insurmountable obstacles. As former Planned Parenthood president (and Cancer) Cecile Richards once pointed out, “Women’s preventive care—including birth control—is basic health care. This shouldn’t be a revolutionary idea, but unfortunately it is to some.”

Many of us are just discovering the basics of the legislative roadmap…and even our basic rights! But it’s time to start asking new questions. For starters, how do we bring about true and lasting change?

The very day the North Node moved into Cancer (November 6, 2018) a groundswell of women turned the tide in the U.S. midterm election. With a record-breaking victory, women now comprise 20% of United States Congress’s 535 members: 23 women serve in the U.S. Senate and 87 women in the U.S. House of Representatives. Five more women are non-voting House delegates representing U.S. Territories. Of the 110 women in Congress, 39 are women of color, which is also a new milestone.

Under the influence of the North Node in Cancer, Rep. Nancy Pelosi (Aries, D-CA) reclaimed her gavel as House Speaker as Democrats regained control of the House. And headline-magnetic Rep. Alexandra Ocasio-Cortez (Libra, D-NY) became the youngest woman elected to Congress at age 29—yep, right in the middle of her Saturn return.

Just four months into the North Node positioning of Cancer, a record number of female candidates are running for U.S. President in 2020 including two women born under this star sign—Sen. Elizabeth #NeverthelessShePersisted Warren (D-MA) and game-changing spiritual author and advisor Marianne Williamson.

Along with the Crab candidates, four more female presidential hopefuls are picking up hammers to smash the glass ceiling:

Beyond politics, there are other milestones to celebrate this March. In November 2018, four-time Olympic champion and Pisces Simone Biles made history as the first female gymnast to win four all-around world titles. She has won more world titles (13) than any other gymnast—male or female—and inspired countless young children to step into a gym.

In December 2018, female scientists won the Nobel Prizes in Chemistry and Physics for the first time. Gemini Donna Strickland a received the award in physics, only the third female physicist in history to receive it, the first being Marie Curie in 1903! Biochemical engineer and Leo Frances Arnold won for chemistry.

When Marvel’s The Black Panther movie won three Oscars last month, two of the talented women who worked behind the scenes made history with their wins: Aries Ruth Carter for costume design and Leo Hannah Beachler for production design (Beachler was the first black woman ever nominated in her category). Both women became the second and third black women to ever win non-acting Oscars. The first was Pisces Irene Cara who won the best song Oscar in 1984 for “What A Feeling” from Flashdance.

Huge strides still need to be made towards gender equality, especially on the systemic and economic level. In 2018, there were only 24 female CEOs in the Fortune 500, which makes up less than 10% of the most economically powerful people in the world. (But here are Fortune‘s most powerful women to watch.)

This is why women’s role in government is becoming a louder clarion call. Organizations like Girls In Politics are focusing on youth engagement in politics for girls ranging from ages 8 to 17.

The future IS indeed female

The North Node’s journey through Cancer adds extra gravitas to Women’s History Month, putting the focus not just on women’s past contributions, but on our trenchant role in shaping what’s ahead. The future truly is female, as far as this lunar node is concerned. But bringing women to equal power is an all-hands-on deck kind of deal. As (Pisces) Supreme Court Justice Ruth Bader Ginsberg so aptly pointed out, “It is not women’s liberation. It’s women’s and men’s liberation.”

Though the road ahead may be a long one, remember these words from indomitably spirited Cancer Nelson Mandela, who devoted his life and liberty to affecting change, “A winner is a dreamer who never gives up.”

Map your year with The AstroTwins’ 2019 Horoscope Guides

Get the complete roadmap to 2019, with the most important dates for love and money, plus the big-picture trends that will guide you through the year! Plan it by the planets and never miss an important moment again. Order Yours Now >