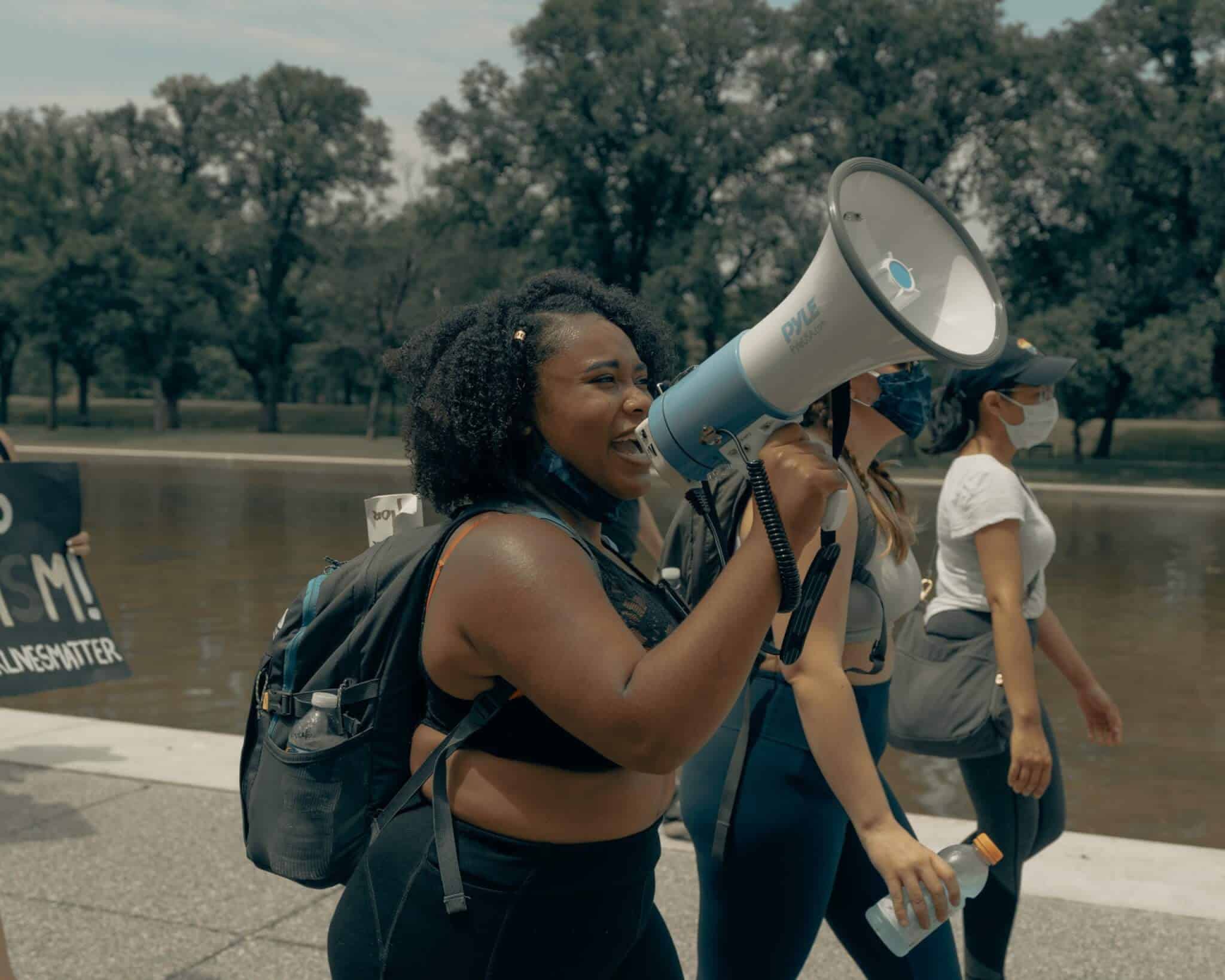 Changemaker Uranus is 2020’s final outer planet to turn retrograde. The celestial shock-jock starts its backspin through Taurus on Saturday, August 15. Until January 14, 2021, Uranus will be on a reverse commute through the traditional sign it’s calling home from May 2018 to April 2026.

Certainty, security, predictability…what the heck ARE those things anymore? If your life has felt impossible to plan, it’s not just the pandemic. Disruptor Uranus has been weaving in and out of methodical Taurus, the sign of stability, for the past two years, which has been quite the head trip.

Uranus is in “fall” in Taurus, meaning it’s in its least comfortable position. It makes sense! The side-spinning planet rules all things rebellious and futuristic, while earth sign Taurus is a conservational traditionalist. Uranus wants change, Taurus seeks to limit it and create predictability.

While this might feel like a contradiction, that’s not necessarily the case. The boots-on-the-ground activism of 2020, including the global support for Black Lives Matter, or groups like #WallOfMoms which are creating human barriers between police and protestors, are proof-positive of this transit.

Taurus rules our financial foundations, and the unanticipated economic disruption from COVID lockdowns has the fingerprints of Uranus retrograde all over it. While this five-month reversal may initially create a chaotic cloud, it will also force us to integrate the new information that has come to light through the transformative events of the year.

If you’re wondering where this is all leading, here’s how to begin your search: Follow the money…and not just on a surface level. And, look back at history: Uranus visits Taurus every 84 years. It was last here from 1934 to 1942, at the tail end of the Great Depression and during FDR’s founding of the Social Security Act. (Read more about Uranus in Taurus here.)

The 2020 Uranus retrograde in Taurus is a good time to go back to the drawing board to huddle and review strategy. Here’s how each zodiac sign can use this period productively:

Money and work matters have been shifting ever since disruptive Uranus bolted into Taurus on May 15, 2018. Starting August 15, the changes may subside a little as the side-spinning planet shifts into reverse, giving you five months to adjust to your current state of financial affairs. Remember the retrograde lasts until January 14, 2021—and the celestial innovator will stay in Taurus until April 2026—so keep on immersing yourself in this creative new chapter for your finances.

If you haven’t been able to get your timing right since changemaker Uranus blasted into your sign on May 15, 2018, now you’ll have a minute—i.e., five months—to step back and adapt. Starting August 15, the unpredictable planet turns retrograde until January 14, 2021, reversing through Taurus and your first house of self and identity. You may feel a bit adrift during this time. Instead of pushing ahead, do some deep reflecting on what you truly want, and research technology and trends. After that, you can begin manifesting in earnest. Remember, you’ll host Uranus until April 2026, so be patient with the R+D process!

Relax, relate, retreat. August 15 marks the beginning of metaphysical Uranus’ annual five-month retrograde. Until January 14, 2021, the side-spinning planet will be on a silent retreat in your internal, intuitive twelfth house. For your own peace of mind, draw inward and see how much chaos you can cut out of your life (at least for now). The fewer taxing obligations on your plate, the more centered you’ll feel and the more self-nurturing you can do. All that reflection could yield creative breakthroughs, so keep a back channel open for the muse!

Your eyes might be opened to someone’s bad behavior when renegade Uranus turns retrograde in your teamwork zone on August 15 until January 14, 2021. Suddenly you’re seeing things as they are instead how you’d like them to be. All the justifying and convincing yourself in the world won’t fog up the lens. Now the challenge is figuring out whether to say something and, if so, what. Suggestion: Don’t do anything dramatic. Maybe just wait it out and see which changes come down “from on high.”

Professional savvy means knowing when to push forward, when to stay still and when to go back to the drawing board. On August 15, when disruptive Uranus turns retrograde until January 14, 2021, you may need to do a fair bit of tweaking of your grand visions. But that’s okay: The point is getting this right. Set yourself up for the major changes that will come when the side-spinning planet returns to your career sector for the long haul (through April 2026) and you get to totally reinvent yourself.

Scaling back is not the same as giving up! On August 15, when chaotic Uranus goes retrograde in Taurus and your visionary ninth house until January 14, 2021, you might realize that it’s necessary to scale back on a plan that was a little too ambitious for this crazy year. While no one’s saying you have to fly under the radar. Your REALLY big expansion plans might not move full steam ahead until early next year. In the meantime, look for ways you can develop this that involve sustainability and social responsibility. Besides, growth isn’t always the ideal benchmark, Virgo.

Rolling in the deep? Life could get surreal on August 15 as renegade Uranus turns retrograde in Taurus and your eighth house of intimacy, sexuality and intense emotions. Uranus first bolted into this realm on May 15, 2018, giving you a taste of what’s to come between now and April 2026. But this five-month retrograde period may inspire some deep reflection, especially around relationships. Everything from how (and why) you bond with people to the way you invest your money is up for review. Don’t rush through it: You’re laying the tracks for a whole new approach to your most important connections.

Relationships probably won’t stay the same over the coming months as disruptor Uranus turns retrograde until January 14, 2021, spending the next five months in Taurus and your partnership realm. No more burying your head in the sand: If you’ve been secretly wishing for “something” to shake up a key union, you might be waiting for a long time. Instead, do or say something that actually moves the needle. While it may not be easy to get to the root of things, bringing them out into the open can lead to a necessary (and desired) correction. Roll up your sleeves and get down to business.

On August 15, wrench-throwing Uranus takes aim at your sixth house of work, systems and wellness as it begins a five-month retrograde that will shake up your everyday life and routines. While this reversal could initially cause you to stress, it’s actually a blessed chance to stop powering forward in cruise control. Could you revamp some things that need attention, like your work-life balance, say? By the time the side-spinning planet resumes direct motion on January 14, 2021, you could be whirring away productively with a new system… without skipping lunch or yoga! Hello to a workflow that actually works!

Starting August 15, your love life might start flashing “404 Redirect” as disruptive Uranus kicks off its annual five-month retrograde, this time in your fifth house of amour and glamour. A relationship could go a bit sideways, or you may just feel off your game during this pivot. What’s a self-respecting Capricorn to do? Draw inward and be more conscientious about what you’re putting out there in love. While you’re practicing the Law of Attraction, throw yourself into a creative project. It will be a perfect distraction until January 14, 2021, when Uranus resumes forward motion.

If your home is anything less than a serene, supportive sanctuary, now’s the time to start making some wholesale changes. On August 15, your revolutionary ruler, Uranus, turns retrograde until January 14, 2021, backtracking through Taurus and your domestic zone. By January 14, 2021, your living situation could be radically different. Take your time. Do things the way YOU want them done. And then set some really big goals for the coming several years, especially when it comes to where you’re putting down roots—and with whom!

Say what, Pisces? From memes to cryptic text messages, you won’t want to leave anything open to interpretation over the coming five months as chaotic the 2020 Uranus retrograde in Taurus causes chaos in your third house of communication. Verbalizing is only the tip of your iceberg, and over the coming several months, you might go even more subterranean. But while you do, take time to craft your message, whether words, music or art. By the time the side-spinning planet resumes forward motion on January 14, 2021, you may emerge with a whole new way of expressing yourself! Some days it indeed takes a village, Pisces; then there are times when you just need to roll up your sleeves and get the damn job done yourself.

For more about the 2020 Uranus retrograde in Taurus, see: Uranus In Taurus (2018-2026): Balancing Progress and Tradition