Ready for a transformational year? For Aquarius, 2020 is a giant clean-up mission, as you inspect and reinvent every cluttered corner of your life. Want to clear out the old and make space for the shiny and new? Read on…

Your Aquarius 2020 horoscope delivers a transitional message as you straddle two worlds this year: the old one that you’re leaving behind and the new multiverse that’s slowly forming in front of your eyes.

Since December 2, 2019, accelerator Jupiter has joined taskmaster Saturn and evolutionary Pluto in Capricorn and your twelfth house of healing and transitions. Throughout the year, this heavy-hitting trio will mix and mingle with each other, triggering soulful awakenings and forcing you to surrender to the flow of “the universe’s” agenda, even when you were certain you had a better plan in mind. 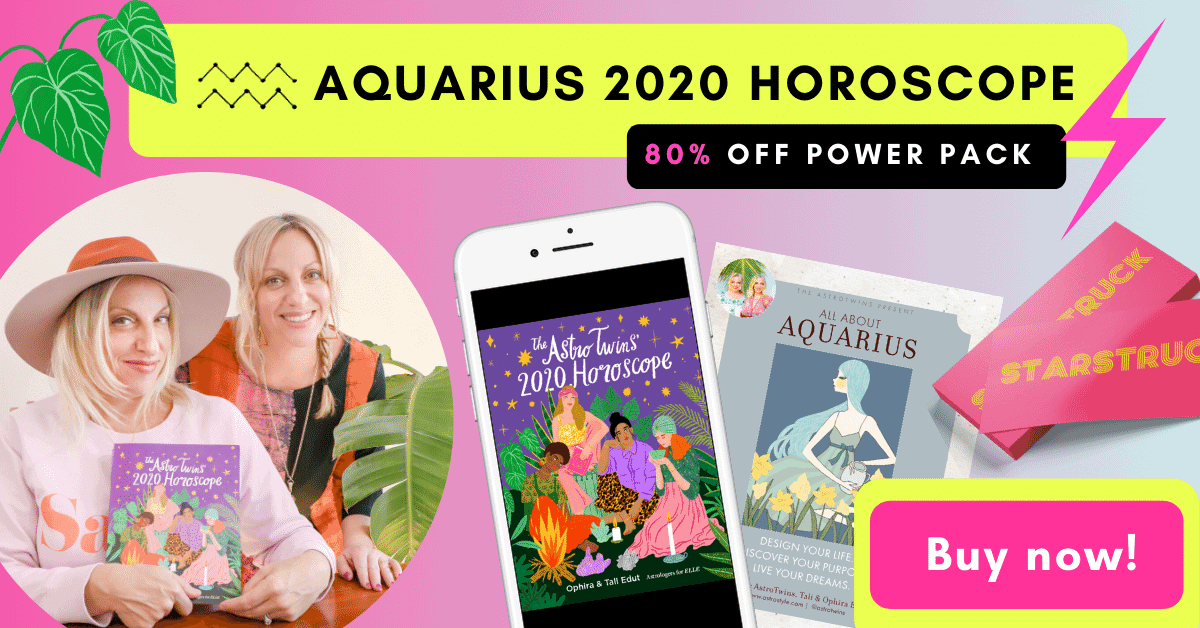 Bottom line: 2020 could be a transformational year, but you’ll have to get comfortable with a range of emotions. Want to know how? Get our 2020 Horoscope book, bundled in a special Aquarius 2020 Power Pack with 3 bonus gifts to keep you aligned all year. Get your Aquarius 2020 Bundle now >

Periodic plunges into the esoteric realm are unfamiliar. As an Aquarius, “reality” has always been a shifting concept. Plus, Saturn and Pluto have both been on a longer roll through Capricorn. The ringed taskmaster has been trudging along this path since December 19, 2017. Alchemical Pluto has been rowing through the Sea Goat’s waters since November 27, 2008, a 16-year voyage that continues until 2024. On January 12, 2020, Saturn and Pluto will host an ultra-rare meetup at 22º Capricorn, a conjunction that only happens every 35 years. Together, they set your agenda for 2020: Let go so you can grow!

Now that change agent Jupiter has joined the party, there’s no more time for chin-scratching and intellectualizing. Jupiter wants traction, and he wants it now! If your inner child has been on a meandering exploration—or learning “at their own pace”—Jupiter will pull them out of the metaphoric Waldorf School to do some speed learning with a superstar tutor.

We’re not trying to traumatize you here, Aquarius. It’s just that we know you’re ready to make all those shifts that you’ve been talking about in your moon circles, therapy sessions and online master classes. That means picking up the pace and packing up the old stuff. Yes, it will be emotional. There will be losses to grieve, bittersweet farewells, “WTF am I doing?!” moments—especially while Jupiter and Pluto team up on April 4, June 30 and November 12. But on the other side of this turbulence lies a beautiful blank canvas that’s begging to be painted upon with this next chapter of your life!

You’re going to have to be patient with this process though. Slow-moving Saturn makes its presence known in your sign, darting in for a quick visit from March 21 to July 1, then taking up a longer, three-year residence in Aquarius on December 17. This is Saturn’s first return to Aquarius since January 28, 1994. Before astronomers had strong enough telescopes to discover your modern-day ruler, side-spinning Uranus, it was stoic Saturn who was tapped as your galactic guardian. This may explain your otherworldly ability to be totally eccentric one minute and a kickass project manager the next. Hosting Saturn in your sign can feel like cosmic boot camp. But grit your teeth and do the drills, Water Bearer. You’ll emerge stronger, savvier and more successful than you’ve been in years.

Thankfully, you’ll get solid support from jovial Jupiter. On December 19, the red-spotted planet will join Saturn in Aquarius, helping you joyfully embrace the learning curve. Highlight December 21 in orange highlighter! The Winter Solstice is also the date of The Great Conjunction, as Jupiter and Saturn meet up at 0º29’ Aquarius and combine their powerful energies. This event only happens every 20 years—and the last one occurred on May 31, 2000. Where to expand and where to contract? Major insight will come by the year’s end.

Ready to deepen your connection to your work, Water Bearer? Get the full map instantly in our Aquarius 2020 Power Pack — and 3 bonus gifts! >

Yes, Aquarius, this might all sound rather formidable. But take heart! There will be plenty of uplifting transits happening in 2020. On May 5, the lunar North Node heads into Gemini and your festive, flirtatious (and fertile!) fifth house. This 18-month destiny driver will be a creative renaissance for many of you. The stage will call Aquarius performers. Bring down the house at an open mic night or go slay an audition.

Romantically, the North Node’s tour of Gemini, which lasts until January 18, 2022, could bring epic developments. You might meet the love of your life, get engaged or have a baby—or achieve some other self-styled milestone in the game of love. (You write those rules, Aquarius!) A new eclipse series on the Gemini/Sagittarius axis will also galvanize your relationships, beginning with the full moon on June 5. Also, amorous Venus spends an extra-long time in Gemini and your fifth house, from April 3 to August 7. Energetic Mars blazes through Aries and your social third house for nearly half the year—from June 27 until January 6, 2021, to be exact. Although both Venus and Mars will have retrograde phases in 2020, your social calendar will be booked with stimulating rendezvous, both with new people and folks from your past.

Ready for the sizzling soulmate action that’s scripted in your 2020 stars, Water Bearer? Get the good word instantly in our Aquarius 2020 Power Pack — and 3 bonus gifts! > 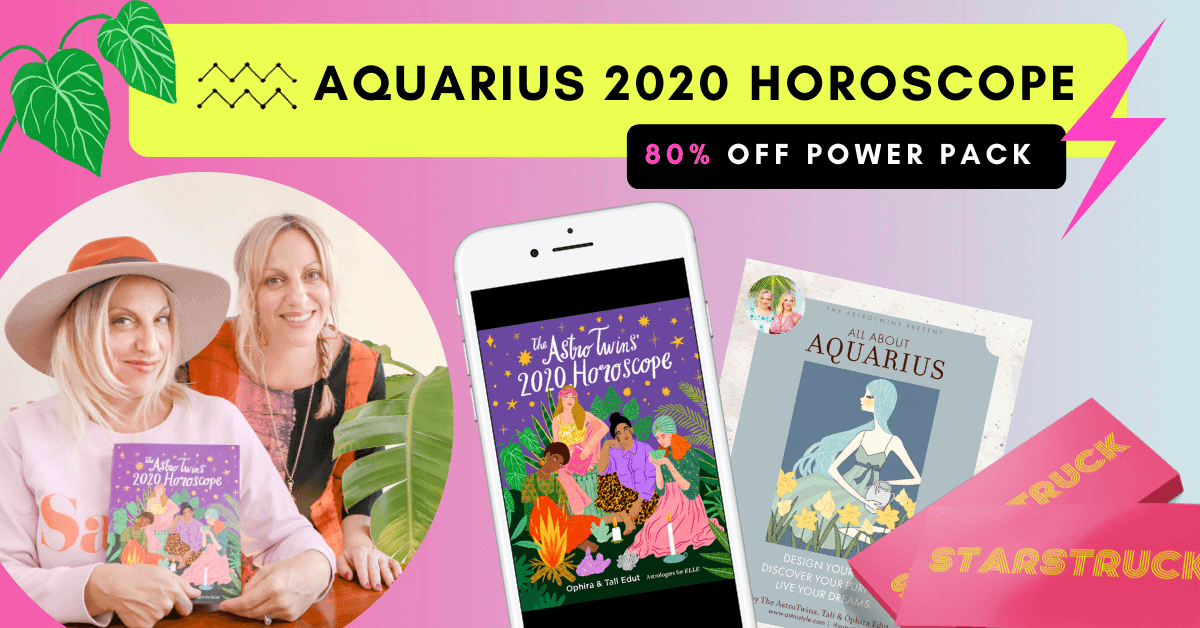