What Is An Astrology Chart? The Birth Chart Explained

VIDEO: Learn to Read Your Astrology Chart with The AstroTwins 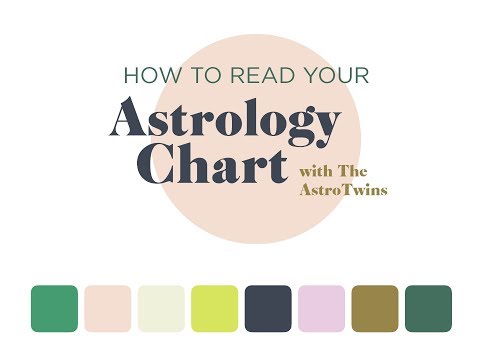 What can an astrologer see in your chart?

Astrology charts can turn up surprising insight about your patterns and preferences. They’re an excellent way of understanding your own “blind spots” and using that knowledge for personal growth and self-improvement. You can learn which talents to develop and where you may have weak spots to develop.

Typically, an astrologer looks for a few key things in the birth chart:

Start your year with your astrology chart—the power of transits: Example of a natal plus transit chart (via Astro-Seek)

What other kinds of astrology charts are there?

Solar Return Charts: Also known as your “birthday chart,” the solar return chart gives you a one-year chart that lasts from your current birthday until your next one. These charts will vary depending on location. Align your celebrations with the stars for best results! Watch a simple video tutorial on solar return charts here >

Compatibility Astrology Charts: In addition to the astrology birth chart, you can do an astrology compatibility chart to see how you’ll get along with other people. You can cast two types of compatibility charts. A synastry chart compares and contrasts the planets in your chart and the other person’s. A composite chart averages out your two charts using a “midpoint method.” It creates a single, blended chart that reveals the essence of your relationship. A composite chart treats your relationship as if it was its own entity or a third “person” (which in many ways is true!). Try a compatibility astrology chart here >

Astrology Charts for Planning Events: You can do charts for people and also for events. Just put in the time, date and location of the event in question and you can cast an astrology chart for it. For example, if you’re planning a party or a big pitch meeting, you can enter the time, date and location to see how the stars align. Want to know what’s happening right now? Do today’s astrology chart by simply entering today’s date instead of your birth details. Wondering what the year ahead holds? Check out an annual forecast chart that maps out the next 12 months.