How was your 11-11 week? Did you make extra wishes or see some come true? If it was anything like ours you had a whirlwind of intense but exciting developments. We’ve had a long, mystical relationship with the number eleven. For phases of time we’ll glance at the clock “coincidentally” at 1:11 or 11:11 every day. Eleven addresses show up repeatedly with some of our key clients. Our first astrology column was for Teen People magazine, located at a building with the address of 111 51st Street; our long-time former client Lifetime TV was based at 1111 8th Avenue when we reported to duty there.

We started seeing the elevens right around the time of September 11th, in fact, so much so that we had to investigate. An Internet search led us down a rabbit hole. We discovered that there were groups around the world who bonded over this phenomenon. They considered 1111 or 111 sightings a sign that one was being tapped as a lightworker; an earth angel of sorts, here to help usher in oneness consciousness. Did destiny call for you this 11-11?

Our detective work soon led us to the Mayans and the 2012 “end of days” phenomenon. Friends thought we were crazy talking about this Mayan calendar thing back in 2002, but we quickly started meeting people who had also been “activated” by the 1111 bizarro flashes. Next, we learned of the Mayan temples in Tulum, perched on a cliff overlooking the most turquoise waters we’ve ever seen.

The weirdest thing that happened to us this 11-11 was that friends started writing us on social media to say Bravo television had just shown a clip of us. Backstory: This past January 11 (yes, that would be 1-11), we were filmed doing readings for the cast of The Real Housewives of New Jersey. Pisces cast member Dina Manzo is a dear friend of ours; we gather regularly with her to make wishes on the new and full moons. Earlier this year, Dina pulled us on cameras to give the RHONJ cast some cosmic support.

Ultimately, the season’s storyline went in a different direction, so we didn’t think any footage was going to air. Turns out we were wrong, so if you’re a fellow Housewife fan (a long time “guilty pleasure” of ours) tune in to Bravo for our episode this coming Thursday, November 20. We’re not sure how long the clip will run and no, there wasn’t any table flipping or hair pulling.  There were some tears and warm-fuzzy moments — as is often the case when we do astrology readings because we like to get to the real stuff.

For the record, we found every single one of the Jersey Housewives to be warm, loving and engaging. Nope, reality TV does NOT show the whole picture. There was a whole lotta heart underneath the spray tans and glamorous makeup. Dina is a devoted lightworker herself, working tirelessly to raise money for kids with cancer through her charity Project Ladybug. 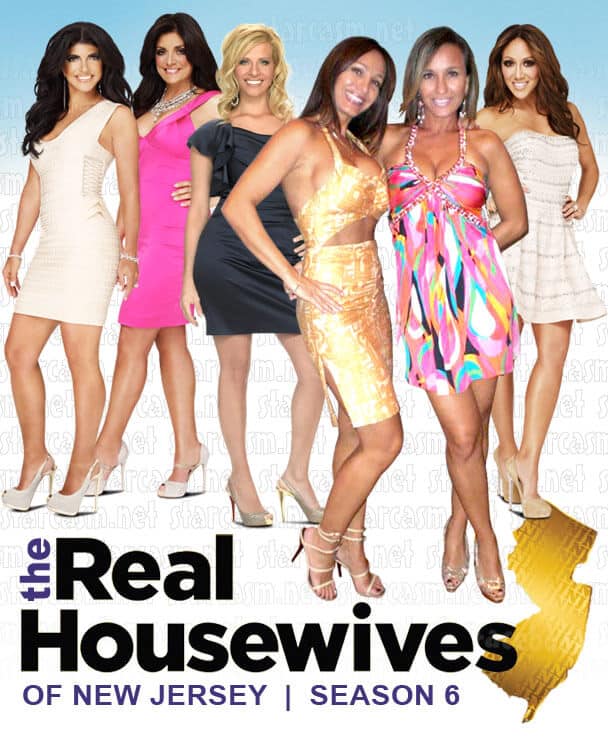 Speaking of charitable events, Tali jumped in as the official astrology reader to help raise funds for Planned Parenthood Seattle. Their annual Roaring Night Of Burlesque event brought out the Great Gatsby inspired gear, a roster of amazing performers including Randi Rascal and “boylesque” wonder The Luminous Pariah. We leapt on the opportunity to support an organization that has had our backs during our teens and 20s . We love how Planned Parenthood takes the shame out of sexual activity and creates an open dialogue so that people can prepare, protect and direct this area of their lives. As candid Sagittarians with four planets in Scorpio, we say, let’s talk about sex, baby, so we can all stay safe and informed. And, hey, not just TALK about it. The Sun is still in Scorpio until this Saturday, November 22, and well…we’ll just trust you can take it from here.

If you’re in New York City on the 20th, stop by the Kate Spade Saturday Soho store from 6-8PM. There, we’ll be doing free in-store readings for anyone who purchases $150 of the designer’s casually-adorable (and affordable) new line. We’d love to meet you and talk stars before we race off to catch our Real Housewives debut! 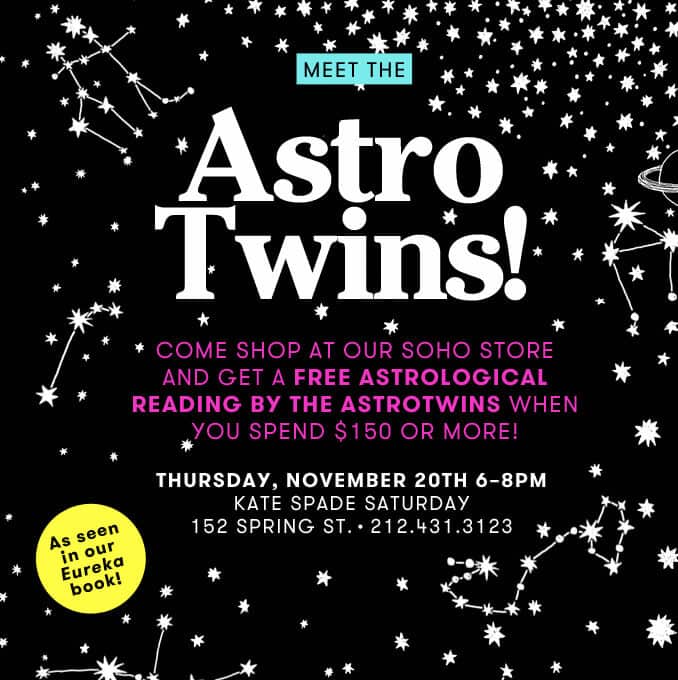