By now you’ve probably heard about the major August 21 total solar eclipse at the Leo new moon. You know, the first one to be visible in North America since 1979? The one with sold out viewing parties and all-night dance festivals and $2,000+ per night Airbnbs in the Oregon Outback? No joke kids, it’s going to be an event.

For a brief window of time this August 21, those savvy enough to have reserved a campsite will see the moon basically block out the Sun. Prior to this, the heavens will also deliver a lunar (full moon) eclipse on August 7. Alas, that one arrives at 2:10PM EDT, so not so much a spectacle to behold in the skies.

Astrologically speaking, we’ll feel the impact of both these eclipses—no goggles required. These lunar events, which always take place during a new moon (solar eclipse) or a full moon (lunar eclipse) shake up the status quo and reveal things that are obscured from our view.

In astrology, the moon represents the feminine archetype of the mother. It also governs what we as humans need to feel safe and comfortable; it is the astro-arbiter of our emotions. (For some stunning self-revelations, we suggest running a natal chart to look up your moon sign and discover your emotional blueprint.)

The Sun, on the other hand, is classically associated with the masculine realm and the father. It also rules the ego (it’s the center of the solar system that everything revolves around, after all). In a birth chart, the Sun reveals the sources from which we draw our power and energy.

The feminine moon will block out the patriarchal Sun, like, “Nevertheless she persisted!” in a year that will be immortalized as The Patriarchy Gone Wild.

At 2:30PM EDT on August 21, the feminine moon will block out the patriarchal Sun, like, “Nevertheless she persisted!” In a year that will no doubt be immortalized as The Patriarchy Gone Wild, this is insanely significant. Could it be another prompt from the cosmos for the divine feminine to rise? (Like a Women’s March on the solar system, if you will.) And how very interesting that this spectacle is taking place in the good old USA. Hmmm, maybe we should enter that betting pool about how this will affect the current presidential administration…

We also have to consider the zodiac signs that the eclipses fall in. From February 2017 until January 2019, these lunar events will fall on the Aquarius-Leo axis, illuminating the tug o’ war between these two opposing signs.

Leo rules the ego and the urge to express ourselves—”I have arrived!” On the other side, communal Aquarius is the sign of groups and teamwork. Balancing self-serving agendas with the needs of the masses will be a huge theme for 2017 and 2018.

The Aquarius Lunar Eclipse: Power to the people?

The lunar (full moon) eclipse on August 7 falls in “power to the people” Aquarius, a community-minded energy that can be radically progressive or straight-up populist, depending on how it’s used.

This eclipse could mobilize the masses and potentially deepen the divide that’s already been cleaved between left and right. Or, it could also serve as a unifying wakeup call, reminding the humans of Planet Earth that we need to band together for survival’s sake, especially given the alarming realities of climate change.

Will this full moon’s beams expose the cybercriminals behind the election hacking and Russia scandals?

Aquarius governs technology, the Internet and science. Will this full moon’s beams expose the cybercriminals behind the election hacking and Russia scandals? Be sure to protect all your sensitive data—and maybe switch up your personal server to a VPN (virtual private network) to keep your web browsing and preferences away from hackers and data miners.

New developments could spring forth in the areas of renewable energy and space travel. Elon Musk just announced that his SpaceX program will send its rocket Falcon Heavy on its first flight this November. Anyone wanna bid on a condo on Mars?

The solar (new moon) eclipse on August 21 arrives in Leo, the sign of glamour and the gilded royal. In 2017, we’ve seen the many ways the power corrupts as authoritarian leaders rise to prominence around the globe.

We’re also seeing a new breed of conscious leaders step forward to shift the tide. And given the feminine moon’s very visible appearance, this eclipse could be the wakeup call for women to step into leadership roles or for governments to adopt legislature that protects and serves the female population.

Eclipses have a funny way of ripping up the rugs where we’ve buried our pain.

Deeply Freudian and buried feels will be on blast during these eclipses, especially the total solar eclipse on the 21st since the moon will be on parade. Did you even have a clue you were upset about that situation? Nope. But eclipses have a funny way of ripping up the rugs where we’ve buried our pain. 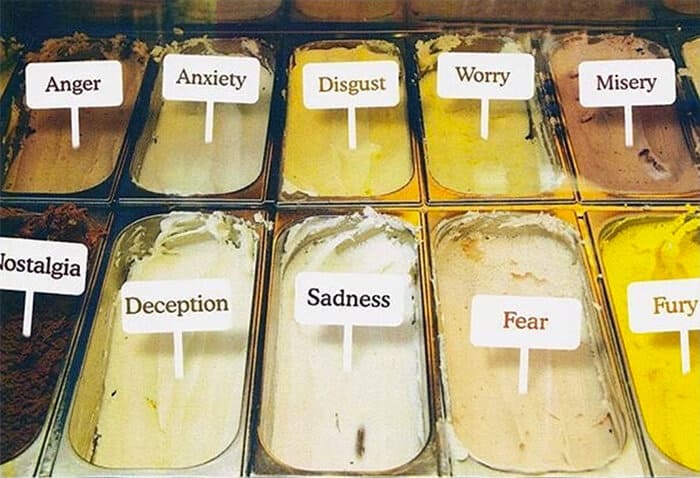 During the lunar eclipse on the 7th, we can lean in to Aquarius’ high-minded cool: What is the cosmic lesson in the pain? Doesn’t everything happen for a reason? It’s all karmic growth!

The Leo eclipse on the 21st will be a bit less enlightened. A primal scream—or a karaoke marathon—could be better therapy than reflective journaling or meditation.

What Your Sign Needs to Balance During August’s Eclipses

Aries: Keeping your maverick spirit alive while still being a team player

Gemini: Speaking your truth without drowning out other perspectives

Cancer: Keeping things straightforward and simple instead of getting lost in the complex weeds

Leo: Curbing people-pleasing and looking for win-wins instead

Virgo: Becoming curious about people who think differently, instead of judging them

Libra: Standing your ground in the face of groupthink
Scorpio: Learning to be competitive AND compassionate—love thy “enemies”

Sagittarius: Learning to enjoy the process instead of fixating on the grand goal

Capricorn: Exploring the shadows instead of judging by the surface

Aquarius: Remaining grounded in your own life, even while in relationship

Pisces: Trusting your intuition instead of giving the wrong people “one more chance”

For more on how the eclipses will shape your life, read your August Monthly Horoscope now.

Photos: Main photo via Stocksy. Memes via The Mood Bank.