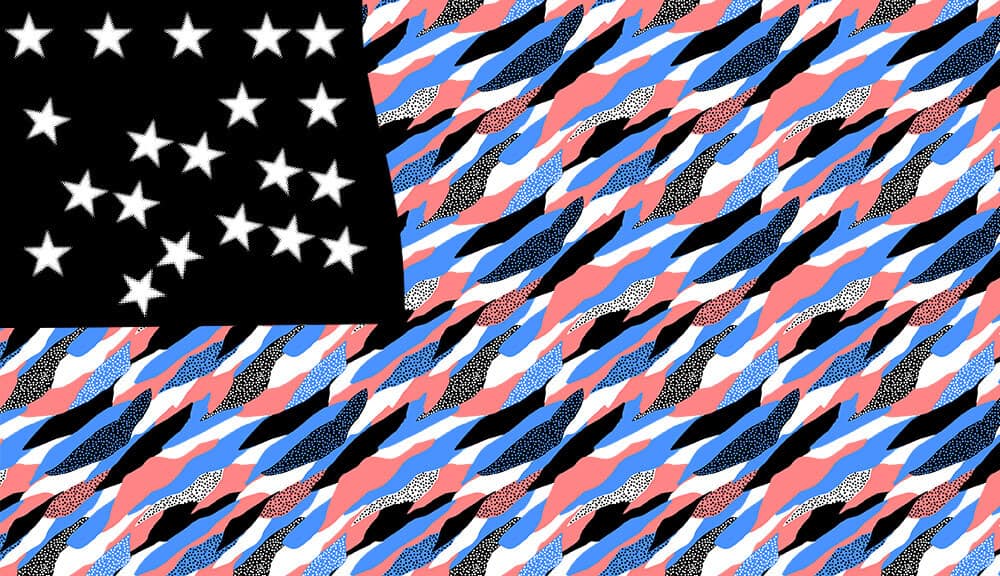 Let transformation ring? The astrology chart for the United States in the midst of a major shift: Two major cosmic trends are shaping the nation’s future in 2017.

Raise your hand if 2017 has already given you a case of PTSD. One minute you’re pulling out the picket sign and pussy hat, pumped to #resist. The next, you’re vigilantly cycling through five different news sites, Twitter and your Facebook feed to find out the latest insane and polarizing order that has been handed down from the shadowy ranks of the Presidential puppet show. (Well, at least if you’re anything like us.)

Despite the intensity, this is far too important a moment in history to just look away. We’ve been tracking the movements of the astrological chart of the United States (yes, even countries have natal charts) based on the country’s birthday of July 4, 1776, in an attempt to make sense of the deep division the nation has found itself in. In 2017, the U.S. will have two astrological return cycles: a Pluto and a North Node return.

Here, we explain the significance of each return and why it’s more important than ever to be a force for positive change—whether you’re American or not.

When the “land of the free, home of the brave” was born—or declared independent—subterranean Pluto was parked at 27º33′ Capricorn. Like Voldemort, Darth Vader (and Steve Bannon) rolled into one, Pluto reveals where our shadows lie. It points to the things that will eventually come back around to haunt us until we they are completely destroyed. In truth, nothing ever really disappears in this universe; it simply changes form. As the astrological alchemist, Pluto shows us how to turn lead into gold—but we have to deal with the buried secrets first.

From 2008-2024, the U.S. is having a Pluto return. What does this mean? In a nutshell, for the first time since 1778, Pluto has returned to Capricorn; the sign Pluto was transiting during the birth of the U.S. Capricorn is the sign that rules the patriarchy, government and capitalism—all areas that have been thrown into the spotlight “bigly” in 2017, and igniting a radical outcry from at least half of the country’s citizens. 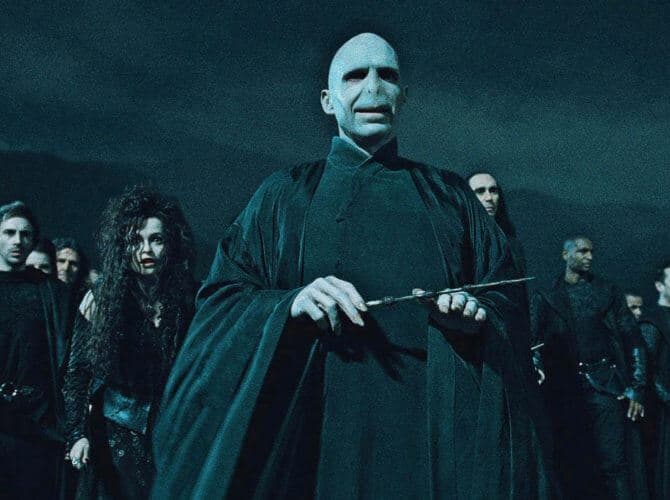 More importantly, on January 18, 2017, Pluto reached 17º33′ Capricorn—which is ten degrees away from the U.S. natal Capricorn of 27º33′. This orb (or distance between two cosmic points) of ten degrees is small enough to begin the most intense activation of the Pluto return for the U.S.

A planetary return is a lot like a remix. Themes recur and hopefully we get a chance for a do-over and an upgrade. But since Pluto is the god of the underworld, a Pluto return can feel like a straight-up zombie apocalypse. All the secrets, shame and “undead” that have been buried are baaaaaack!

Although we’re feeling it at full strength in 2017, Pluto in Capricorn issues have flared up since the return phase began in 2008. The U.S. elected its first African-American president, marking a watershed moment in the nation’s history, and just before that the banks fell to their knees and needed bailing out. There was hope and chaos and confusion all at once.

In 2016—the halfway point of Pluto’s transit through Capricorn—the U.S. almost broke the patriarchal spell by electing Hillary Clinton to be the first female president. Instead, a shocking turn of events vaulted the ultimate Pluto in Capricorn stereotype to the role of Commander-in-Chief: a misogynistic bully and sexual predator so masterful at manipulation that he lies openly without retribution. Even more mind-bending? More than 50 percent of white women who voted had elected Trump into office, reducing his bragging of sexual assault to “locker room talk.” That’s the stronghold of Pluto in Capricorn: fear of a feminine planet. 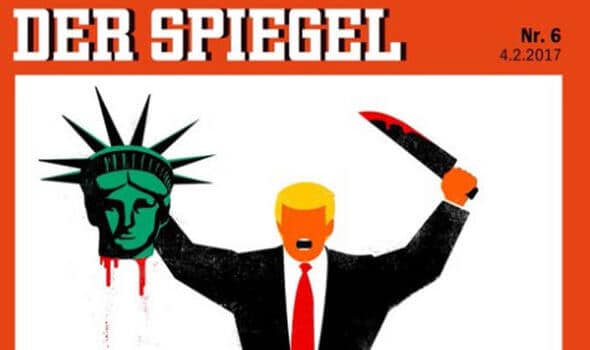 Now, let’s look at America’s capitalist history. How did the U.S. become among the wealthiest nations in the world? This too has all the hallmarks of Pluto in Capricorn’s shadow: corruption, deceit, manipulation, power grabs and enslavement. In mythology, it was Pluto who kidnapped young Persephone and dragged her to the underworld. Her mother, Demeter the goddess of harvest and agriculture, struck a shared custody bargain. For half the year, Persephone would come above ground. This represented the seasons of spring and summer, when crops would grow. During autumn and winter, Persephone was Pluto’s captive.

Moreover, it’s no secret that the crops which made the U.S. so wealthy were grown on land seized from Native tribes and stewarded by African slaves. Reparations have never truly been made to either group. Ava DuVerney’s Netflix film “13th: The Journey from Shackles to Prison Bars“ provides an eye-opening documentation of how the abolition of slavery turned over into the criminalization of African Americans for petty crimes. This evolved into the private prison systems which provide free-to-cheap labor for corporations to this very day.

As we write this, in early 2017, the Dakota Access Pipeline is being pushed to construction despite massive protests from the Standing Rock Sioux tribe and citizens around the globe. Meanwhile, a climate change denier, Scott Pruitt, is being considered to head the Environmental Protection Agency. Mother Nature could hit back hard for such offenses after December 19. That’s when taskmaster Saturn joins Pluto in Capricorn, potentially halting some of that unchecked Plutonian destruction. Conservation of natural resources and environmental safety are hallmarks of Saturn in Capricorn. We must admit, this brings us some relief, and we’re praying Saturn can get there in time before we have to weather any more natural disasters.

Even the populist uprising that helped elect Trump into office is proof of the Pluto in Capricorn mirage of false power and patriarchal reign. Many are still scratching their heads, watching blue-collar laborers rally behind a billionaire scion whose hands have never been dirtied by a day of hard work—so much that he can complain about the softness of Air Force One towels. Instead of “draining the swamp,” as promised, he filled his cabinet with oil tycoons, big pharma and Wall Street cronies. The manipulation was masterful—and it had Pluto in Capricorn’s “save us Daddy!” fingerprints all over it. 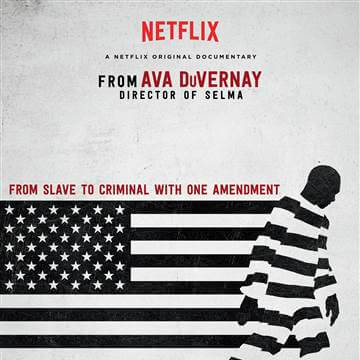 This is the shadowy legacy of Pluto in Capricorn. So here’s some cosmic hope before we all fall into a state of despair. A Pluto return allows us to destroy what’s no longer working and rebuild from truth. When the skeletons are out of the closet, we can actually deal and heal. The phoenix CAN indeed rise from the ashes to be born anew.

Over the coming eight years, we have a chance to turn the tide. The exact Pluto return will take place in the U.S. when the dwarf planet pulls up to the same degree it was at on Independence Day 1776: 27º33′. This will happen in 2022, on February 21 and then again on December 29. A whole lot can be fixed by then—especially since astrological architect (and Lord of Karma) Saturn will join Pluto in Capricorn from December 19, 2017 until March 2020.

As anyone who has tackled a major renovation knows, you can’t slap drywall and a coat of paint over a shoddy foundation. You have to get down to the bones of the house and rework the structure. In this case, we may be looking at a teardown and rebuild. This one must be architected by ALL the people, not just a privileged few.

There are two points in every astrological chart called the North and South Nodes of the moon. They fall in opposite signs and basically draw a line from our karmic past (South Node) to our higher calling (North Node). The Nodes correspond to where eclipses are currently taking place.

When the U.S. was founded on July 4, 1776, the South Node was in “we the people” Aquarius and the North Node was in expressive, lionhearted Leo. Fittingly enough, a recurring struggle of the U.S. is between how to make this “land o’ plenty” (Leo) a better place for the majority of its citizens—as opposed a place of growing class divides. In a truly idealistic Aquarian way, all citizens are promised life, liberty and the pursuit of happiness—yet, the glass ceiling remains un-shattered for many.

Every 18-19 years, the Nodes return to the same positions—and these cycles are called Nodal returns. These phases remind us of our true purpose and show us where we’ve been coasting or even falling back into bad habits.

On May 10, 2017, the North Node will officially arrive in Leo and the South Node in Aquarius again for the first time since 1998. That means the U.S. will have its Nodal return—which will last until November 6, 2018. During this year-and-a-half period, the “true north” expression of Leo will be called into action: noble generosity, a magnanimous spirit; creative expression and the freedom to be you and me. At the same time, we are seeing Leo’s shadow with a gilded cabinet of executive behaving like kings of the USA instead of elected officials of a democracy.

We will also feel the revolutionary pull of the Aquarius South Node. Indeed, the historic protests like the Women’s Marches on January 21, 2017, and the airport protests during the proposed Muslim ban a week later show early activations of this transit. In fact, protests have been ongoing since 2017 began. There has been a massive uptick in civic engagement with record numbers of calls flooding the Senate, reportedly a many as 1.5 million per day!

Populism is the shadow of the Aquarius South Node, revealing an intolerance for people who “don’t fit the group.” So too is the sparring between citizens that feels a lot like a Civil War being played out on social media (Aquarius rules digital technology).

When the U.S.’s Nodal return officially begins on May 10, conditions may require citizens to work together in unexpected ways—for the sake of our survival! Aquarius rules science and the South Node’s return could bring irrefutable proof of climate change that forces industries to update to more sustainable, eco-saving regulations. Or those Russian ties…There could be some MAJOR shifts ahead, and with March and April’s intense volleys between Jupiter, Uranus, Pluto and Saturn, power could very well change hands.

The last time the USA had a Nodal Return (1998-99), President Bill Clinton was on trial for impeachment.

An interesting fact: The last time the USA had a Nodal Return (1998-99), President Bill Clinton was on trial for impeachment. Trump is the first president since Clinton for whom there is wide speculation of a potential impeachment, with many people placing bets he won’t make the full four year term.

Will history repeat itself during these returns?

Pluto is the “planet” of extremes: as shady a character as he can be, in astrology, he also represents the phoenix rising from the ashes. Out of the shadows of the patriarchy, the sacred masculine can ascend. We are already seeing it happen with younger generations embracing gender fluidity and a dissolution of gender-based roles. We also believe that this shocking patriarchal passage is actually igniting the rise of the divine feminine. Indeed, the United States was born with a Cancer Sun—the sign of the Alpha female and great mother. To blast out the shadows of Pluto’s reign, we’ll have to tap into feminine forces within us all (no matter our assigned gender). The goal, of course is to move toward a harmonious balance between the archetypal masculine and feminine—not to crush one to promote the other. That means laying down weapons of mass destruction and igniting a revolution of love and compassion. It’s far from an easy feat.