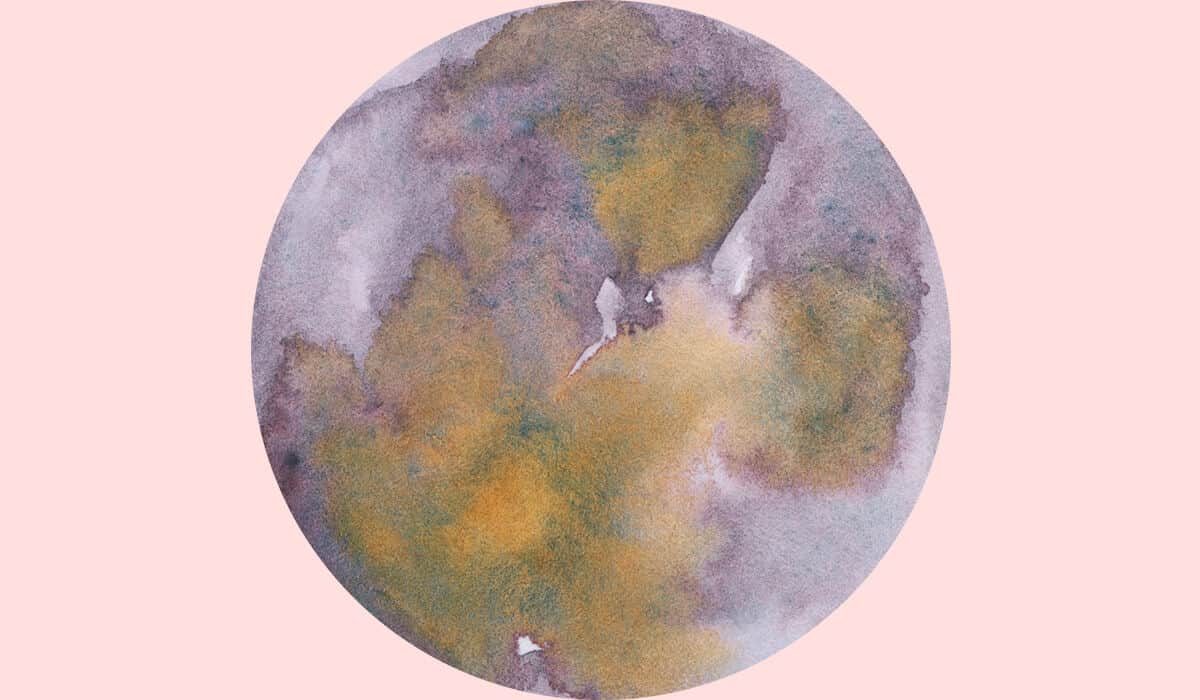 Larger than life: Omnipotent, alchemical Pluto may have been dubbed a dwarf planet by astronomers, but according to astrology, its force is among the most intense of all the heavenly bodies in the solar system!

Named after the Roman god of the underworld, Pluto holds the key to our personal chamber of secrets. Everything from money, sex, power and shame fall under his hefty domain.

If life is feeling like a personal hell, look to Pluto for help. But don’t expect him to do the heavy lifting for you! Pluto reveals our vices, addictions and our own undoing. But like the Phoenix rising from the ashes, he can show us how to transform that lead into gold. This will always involve a symbolic death—don’t forget, we’re dealing with the ruler of Hades here. Something must be released in order for something new be born. But Pluto knows that nothing ever really dies; it’s simply transmutes into another form.

Pluto’s placement in your natal chart will show the thing you have to keep on sacrificing in order to do your most important soul growth! It can also show where you have amazingly regenerative powers, taking a licking as you keep on ticking. To find out your Pluto sign, run a free chart here: www.astrostyle.com/free-chart.

As the ruler of sex and money, Pluto’s position in the chart will show the way we bond with people and how we share resources.

Because of its chaotic and unpredictable orbit, Pluto will hover in a single sign for between 12-20 years. As a result, it is one of the planets that shapes generational trends. The Baby Boomers were born with Pluto in me-first Leo (1937-58), while the activists and “hippies” had Pluto in ethical, eco-conscious Virgo (1958-71). People born with Pluto in marriage-minded Libra (1971-1984) are the kids of the divorce era, watching the dissolution of their parents’ relationships and reinventing the rules of family as a result. The Pluto in Scorpio generation (1984-1995) dealt with heavy topics from a young age like gun violence, AIDS, and a rise in teen pregnancies; yet, this generation created an open dialogue about sexual identity and gender that is making laws more inclusive to this day. And the born-wise souls of Pluto in Sagittarius (1995-2008) are teaching the rest of us a thing or two about inclusiveness. It remains to be seen how the Pluto in Capricorn generation (2008-24) will change the world, born during Pluto’s influence on themes of leadership, hierarchy and the impact of industry on the climate.

Pluto is outright possessive too, both with relationships and money! According to Greek mythology, he kidnapped young Persephone from her mother Demeter, forcing her to live in the underworld. The two struck a deal with Pluto releasing the girl to her mother for half the year (spring and summer) then holding Persephone captive again during fall and winter. This planet will definitely show our own nefarious sides. Where will we go to any length to get (or keep) what we want? Like the story of Pluto and Persephone, we often learn that things go cold—or outright die—when we hang on too tightly.

As the ruler of sex and money, Pluto’s position in the chart will show the way we bond with people and how we share resources. This planet rules the sign of Scorpio, after all—the famed, yet sometimes feared sex symbol of the zodiac. Anyone who’s fallen under a Scorpio’s spell can attest to the allure of this enchanting energy! And while Pluto can amplify our charms it can also make us manipulative if we aren’t careful. Jealousy and a desire to dominate can show up in people who have a tricky Pluto placement in their charts. Since this planet governs wealth—specifically the money we “hoard in the mattress,” so to speak—our investment style can be revealed by Pluto’s chart position.

Like the other outer planets, Pluto will spend five months of each year retrograde. During these times, we will often feel a relief from the planet’s intensity. We can work with the lessons of direct-flowing Pluto and incorporate them into our lives. They’ll probably feel a bit like “Extreme Makeover: Self Edition”, but when we emerge for the big reveal, strong and rejuvenated, we’ll thank the god of the underworld for making us so damn irresistible and magnetic.

Domicile: Scorpio
The planet’s home base, an easy flow if placed here in the chart.

Detriment: Taurus
Opposite sign of home base, may need to work harder to integrate the planet’s energy if placed here in the chart.

Exalted: Aries & Pisces
The planet’s most powerful position, indicates ease and added fortune with using the planet’s energy if placed here in the chart.

Fall: Libra & Virgo
Opposite sign to the exalted position, can indicate struggles with utilizing the planet’s energy if placed here in the chart.