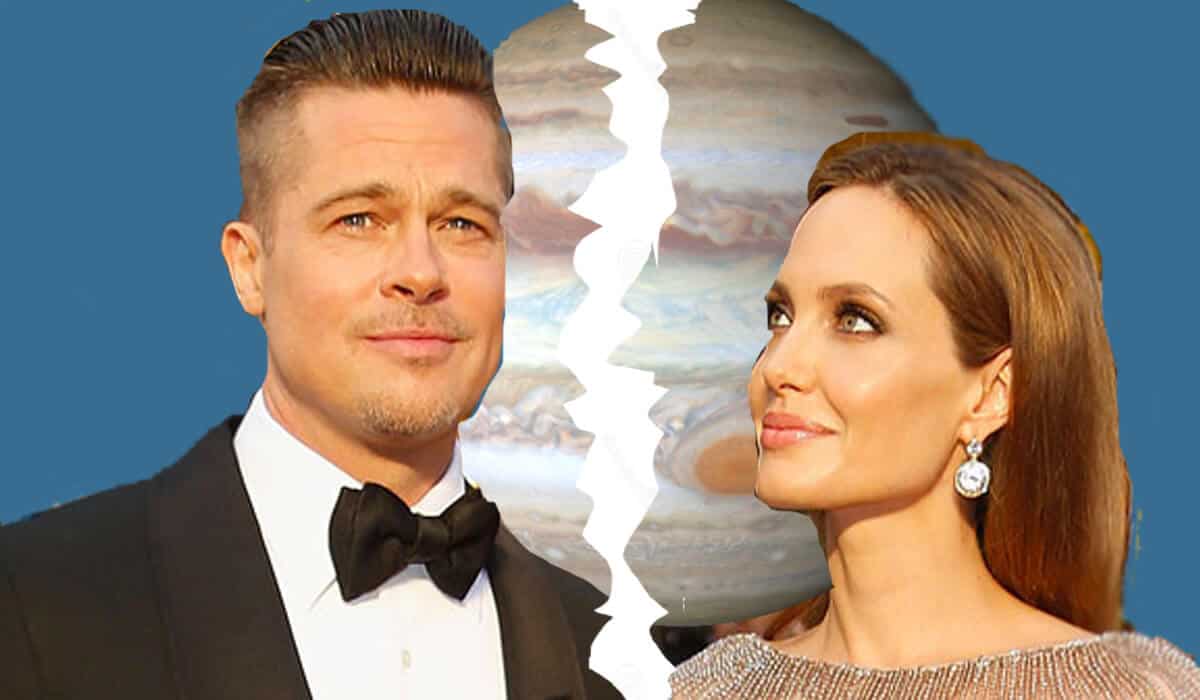 News of a Brangelina divorce has sent shockwaves around the world. But is it a déjà vu? Expansive Jupiter is going through the same astrological cycle that sparked Brad Pitt’s last affair and divorce from Jennifer Aniston. Is his epic love with Angelina Jolie over for good…or could they reconcile?

On September 9, 2016, Jupiter made its once-every-12-years transit into Libra. Within a week of Jupiter’s foray into Libra, the star sign of relationships, Brad and Angie filed for divorce, ripping their Brangelina portmanteau in half and shattering our collective hearts in the process. Twelve years ago, worldly Jupiter, the planet of risk, evolution and growth, played a guiding hand in the epic super-coupling of Sagittarius Brad Pitt and Gemini Angelina Jolie. Their relationship began while Jupiter was last in Virgo, then went public during Jupiter’s last run through Libra, the sign of marriage and partnership. Now, as Jupiter makes another round through these two zodiac signs…the fairy-tale beginning ends on a much different note.

Was the soulmate duo just not written in the stars…or is there a chance for reconciliation? Here’s what we dug up at Astrostyle HQ.

Jupiter in Virgo: Seeds of an affair are planted

Jupiter, the planet of growth, risk-taking and international travel, was in Virgo from August 2003-September 2004, right as Brad Pitt and Angelina Jolie became confirmed co-stars for the Movie That Started it All. Filming for Mr. and Mrs. Smith began in January 2004. By May of that year, tabloids were already buzzing about their “growing intimacy” on set. 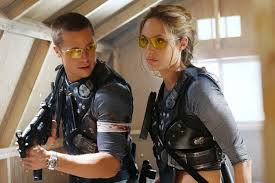 Abundant Jupiter takes 12 years to return to the same zodiac sign (the large gas giant takes about 12-13 months to complete a journey through a single star sign). So after the 2004 seeds of Brangelina were planted, Jupiter didn’t return to Virgo until August 11, 2015, where it stayed until September 9, 2016.

History eerily repeated itself recently in May 2016, when tabloids began buzzing about Brad’s “insane chemistry” with his Allied co-star, Libra Marion Cotillard, while they filmed in London. Jupiter is the ruling planet of Sagittarius, Brad Pitt’s star sign, so he is particularly impacted by its cycles.

Jupiter’s next cycle catapulted the secret affair into real-deal territory. Jupiter shifted into Libra, the sign of marriage, divorce and dynamic duos, from September 2004 until October 2005. In January 2005, Brad Pitt announced his separation from then-wife Jennifer Aniston, filing for divorce in March. A month later, Brad and Angelina were spotted on a beach in Kenya with Maddox, confirming that something was indeed going on. In June 2005, Mr. and Mrs. Smith premiered, followed by a jaw-dropping spread in W magazine called “Domestic Bliss: Brad Pitt and Angelina Jolie at Home.” Aaaand…the full-circle repetition continues. On September 9, 2016, Jupiter has returned to Libra for the first time since October 2005. The cosmic twist? Within a week of Jupiter’s most recent decampment here, Angelina Jolie filed for divorce from Brad Pitt.

Jupiter will hover in Libra until October 2017, so we’ll watch for more developments in Brad’s parallel universe.

Mad about Maddox? How parenthood (and the stars) played a role in their split

Mommy and daddy issues? Brad and Angelina’s romance began while Jupiter was in Virgo, the star sign that rules her solar fourth house of motherhood and his solar tenth house of fatherhood. With optimistic Jupiter here, it’s no wonder that Brad was so smitten by Angelina’s doting role as an adoptive mother to Maddox, who was a toddler at the time. Jupiter sparks a sense of worldly adventure, and its presence in these parental sectors made “playing house” rocket fuel to their love affair.

Jupiter’s most recent foray through Virgo, from August 2015 to September 2016, was a less idealistic picture. As stories break about the divorce, buzz about Brangelina’s clashing parenting styles emerged. Jupiter completed a full 12-year cycle as their children began entering pre-teen and teenage years. Perhaps the global-citizen, freewheeling family lifestyle—a major turn-on for an independent Gemini-Sagittarius couple—became harder to maintain. 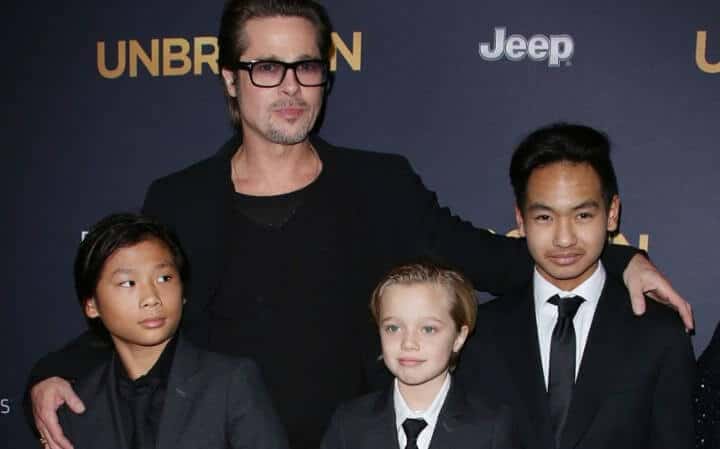 But there’s been even more planetary pandemonium here. September 2016 also brought two game-changing eclipses: a solar (new moon) eclipse in Virgo (September 1) and a Pisces lunar (full moon) eclipse (September 16). These eclipses swept in to literally clean house—tearing through through Brangelina’s solar fourth and tenth houses of family and career, turning everything upside-down. This eclipse series began back in March 2015, and it wasn’t long after that when tabloids began hinting that the two were leading separate lives.

Will Brangelina reconcile? The stars say they could…

Gemini and Sagittarius are opposite signs in astrology, meaning they can either be a dynamic dream team or completely polarized. They will go through cycles of being an indomitable force and at each other’s throats—essentially playing out the script of Mr. and Mrs. Smith, where they portrayed husband-wife assassins trying to kill each other.

Both of these signs love a good chase—Sagittarius is the sign of the hunter and curious Gemini is forever seeking variety. Their life may have become TOO routine, domesticated or children- and work-focused. Working together may also have killed the buzz. Some of this is typical married-couple conflict…but for these two adventurous star signs, the flame can fizzle without it. Perhaps their wedding two years ago took away the sense of limitless possibilities and unmet potential that once stoked their flames? But if we look through the archives of celebrity Gemini-Sagittarius couples, we see a glimmer of hope that the breakup will lead to a makeup. Gemini Marilyn Monroe and Sagittarius Joe DiMaggio divorced, but both confessed their love for each other at the time of their deaths (she in a suicide note, he in his final words). Sagittarius writer Joan Didion and her Gemini partner John Dunn were also famously on and off. So don’t pour your Four Loko on the grave of their marriage just yet.

And if the split IS permanent, what’s next for Brad and Angie?

If they do part ways, one possibility is that Angelina will soon have a new love affair, since Jupiter is in her fifth house of romance for the next year. And since Jupiter just completed a year in her feminine fourth house, her next partner could be a woman.

Brad will take a bigger hit toward his reputation, as accountability-hound Saturn approaches his Sagittarius ascendant this year, then creeps over his Sun later in 2017, a challenging cycle that only occurs every 29 years. Whip-cracking Saturn demands personal responsibility. Jolie’s lawyer tersely announced that “the decision [to divorce] was made for the health of the family.” Saturn, which is associated with fathers, rules restriction; indeed, Angelina has filed for full custody of the couple’s seven children. If Brad did indeed cheat on Angelina, this will be his second round of marital infidelities. This time, the public might not be as quick to embrace a new super-couple.

Besides, “Brarion” just doesn’t have the same ring to it…and it probably won’t have a ring ON it either.