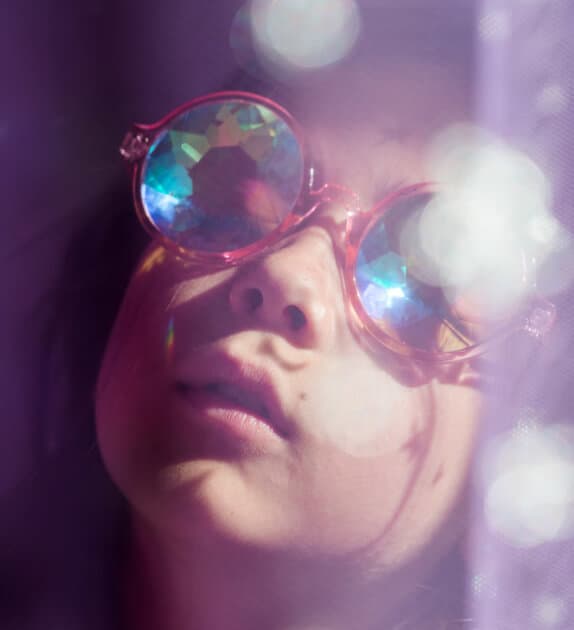 Is this the real thing…or just a fantasy? From May 13 to July 28, 2021, expansive Jupiter makes its first of three visits to Pisces, the zodiac sign that rules creativity, hidden information and the subconscious.

Jupiter is the “classical” ruler of Pisces, so this is a homecoming of sorts. Before Neptune, the modern ruler of Pisces, was discovered in 1846, Jupiter was considered this zodiac sign’s galactic guardian.

What’s even more special? Both Jupiter AND Neptune are currently traveling through Pisces, a twin transit that’s ultra-rare, given that Neptune only comes to this sign every 165 years and Jupiter every 12 years.

But will this Jupiter-Neptune overlap bring the nirvana and artistic renaissance so many people are predicting? Not so fast. 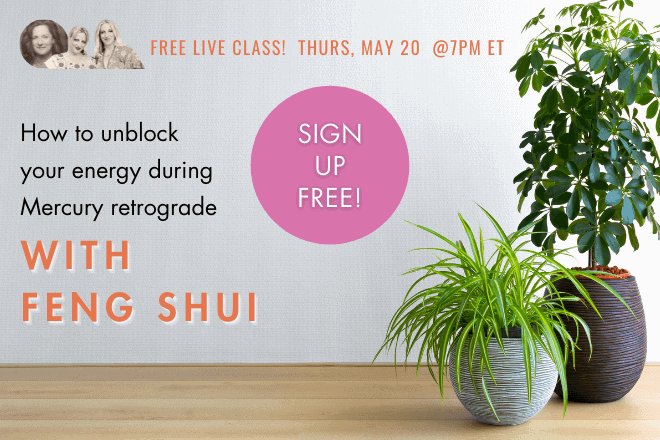 With truth-teller Jupiter shining its magnifying beams into Pisces’ esoteric caverns, it the effect could be like headlights in fog, making it even harder to see!

The last time Jupiter was in Pisces was from January 18, 2010 to January 22, 2011. Here’s how history might repeat itself, giving us a chance to learn from the past and get it right this time—the ultimate mission of humanity.

The dual nature of Pisces will bring karmic tests.

While Pisces is typically regarded as a compassionate, artistic and imaginative sign—and we’ll certainly take a helping of that!—a look back at prior Jupiter in Pisces transits reveals the duality of the Pisces zodiac sign.

The Pisces symbol is an icon of two fish swimming in opposite directions, bound by a karmic cord. Pisces traits can be a total paradox, and Jupiter in Pisces will only supersize this.

Jupiter in Pisces’ secretive and illusion-filled quest could lead us down all kinds of tunnels and wild goose chases. Chaos and confusion can amplify.

Already in the days leading up to Jupiter’s entry into Pisces the world has been rocked by Israel-Gaza airstrikes and mass deaths in India from the Covid-19 mutated strain, which has been popping up in An oil pipeline hack disrupted the fuel supply chain and Bitcoin value dropped sharply after Elon Musk announced that Tesla would no longer accept cryptocurrency…to name a few things.

Jupiter’s trajectory is an unusual one in 2021. Generally, the heavenly titan orbits through a single zodiac sign for a steady 12-to-13-month circuit. This year, however, Jupiter weaves in and out of innovative, scientific Aquarius and enchanting, esoteric Pisces.

Jupiter landed in the Aquarius on December 19, 2020, setting off 2021 in this wishful sign. From May 13 to July 28, Jupiter spills out of the Water Bearer’s jug and takes a splash through the Fish’s seas.

Pay attention! This “preview tour” will reveal the course we’ll set sail on again at the year’s end, when the red-spotted planet plunges back into Pisces for two more laps:

So, what can we expect from Jupiter’s first swim with the Fishes here on our planet? Get ready…

Jupiter rules travel and Pisces rules the seas. On a positive note, Jupiter in Pisces could increase compassion and creativity. Some of the rigidity we’ve lived with will relax a bit. Pisces rules the oceans, and here in the U.S., we expect to see beaches in full use this summer—likely crowding up as more people are vaccinated and ready to fend off “isolation fatigue.”

Will we need to return to pandemic pods again socially? Deal with the issue of overcrowded hospitals in virus-ravaged parts of the world? Jupiter in Pisces is certain to influence our attempts to reopen parts of the world, and to control the virus.

With global Jupiter seeking open channels through the waterways, this raises an astrological red flag about the spread of more dangerous variants throughout the world. Many astrologers link Pisces to contagious outbreaks.

In 1987, during a prior Jupiter in Aquarius and Pisces circuit, the First Palestinian Intifada erupted in response to Israeli occupation of the West Bank, a clash that went on for over five years.

When Jupiter turns retrograde on June 20, many cities and countries may discover we were overly optimistic with re-openings (yes, again). We’re not suggesting a full-scale regression to lockdown, but continued caution at the least.

For developing countries or those ravaged by the virus at a mass scale, Jupiter in Pisces could bring important innovations in hospitals and medical facilities.

This prediction, excerpted from our 2021 Horoscope book (written summer 2020), has already come true:

In 2009-10 (Jupiter’s last sweep through Aquarius and Pisces), we were plagued by the swine flu/H1N1 pandemic, which is reported to have caused around 284,000 deaths worldwide. Issues of public misinformation, medical shortages and concerns about the side effects of the vaccine are eerily similar to the circumstances surrounding our current COVID-19 crisis. Will we learn from the past or repeat the lessons?

Flaws in the study led to him being struck from the medical register, but the widespread fear it created was linked to a drop in MMR vaccinations and gave rise to the modern-day “anti-vax” movement. Public health professionals are now concerned that this same phenomenon will find people refusing COVID vaccines in 2021. [Update since publication: This is happening.]

5. Creativity and spirituality will have a heyday—but don’t be so quick to trust when Jupiter is in Pisces

In spite of—or because of—the intensity and chaos all around, human beings will search for answers from sources beyond the material, 3D world.

Jupiter is the planet of metaphysics, philosophy and religion. In spiritual Pisces, we expect many people to seek solace through some connection to the divine. During times of massive uncertainty, this is normal. And with Jupiter in Pisces, the quest for “the big why” or “the ultimate truth” will only deepen.

While questions will probably only lead to bigger questions, comfort can be found through art, music, dance, meditation, prayer or some connection to a “higher power.” Principles from the recovery movement may rise in popularity.

Warning: With Jupiter in passive Pisces, some people will be looking for a guru figure to “save” them. Watch out for susceptibility to master manipulators masquerading as saviors, healers and religious leaders during this vulnerable time.

Major uprisings and peace accords have occurred when Jupiter visits Aquarius and Pisces. In 1987, during a prior Jupiter in Aquarius and Pisces circuit, the First Palestinian Intifada erupted in response to Israeli occupation of the West Bank, a clash that went on for over five years.

At this writing, this very part of the world is being rocked by missile launches and terrifying attacks.

Is there hope for a peaceful outcome and an end to the devastation before it worsens? This summer’s Jupiter in Pisces transit could go either way. Our hope? Past cycles have led to many global peace treaties.

To wit: The mid-1980s Jupiter in Pisces transit saw Mikhail Gorbachev introducing Perestroika and Glasnost to the Soviet Union. At the time, this was a revolutionary concept that included “restructuring” of policies and “openness” to express opinions without fear of being turned in to the KGB.

Between 1998 and 1999, The Good Friday Agreement was signed in Ireland, bringing an end to much of the violence of the Troubles, a political conflict that had been waging in Northern Ireland since the 1960s. During that same Jupiter in Aquarius and Pisces period, the Truth and Reconciliation Commission was formed in South Africa to investigate and heal the wounds caused by apartheid.

The Arab Spring rocked many Middle Eastern nations while Jupiter was in Pisces in early 2010. Armed rebellions and anti-government protests sprang up first in Tunisia, then spread across five other Arab nations.

In late 2020, as Jupiter advanced toward Aquarius, tens of thousands of Thai protestors assembled on the streets of Bangkok to decry government abuses.

7. Nuclear and hydrogen power—the quest for the next energy source?

That’s not a huge surprise, considering that no-limits Jupiter exposes, expands and amplifies whatever it touches. In the final two signs of the zodiac, Aquarius and Pisces, neither the ceiling nor the g-force can hold us!

Unfortunately, innovation can be a mixed blessing, especially when its power is used irresponsibly or abused.

Prior Jupiter transits through Aquarius and Pisces brought the 1986 Chernobyl disaster at a Ukrainian nuclear power plant, which killed 31 people and rendered the area uninhabitable for 20,000 years. Radiation that spread from the (preventable) accident is still pegged as the cause of rare forms of cancer and birth defects today.

Use of nuclear arms can also be traced to past Jupiter in Aquarius and Pisces phases. In 1938, Albert Einstein (a Pisces) penned a letter to U.S. President Franklin Delano Roosevelt (an Aquarius), explaining how the power of fission chain reactions utilizing uranium could be used to construct “extremely powerful bombs.”

Subsequent Jupiter in Aquarius/Pisces cycles brought more developments. In response to the Soviets, the U.S. engineered its first hydrogen bomb in the early 1950s. The Cuban Missile crisis created a huge scare in 1962, when a 13-day confrontation between the United States and the Soviet Union was sparked by a Soviet ballistic missile deployment in Cuba. In 1974, India detonated a weapon and became the sixth nation in the world to declare itself a nuclear state.

8. Will water become the new “liquid asset” of billionaires while Jupiter is in Pisces?

As galactic gambler Jupiter rolls the dice on the zodiac’s Water Bearer and Fish, we may become more enterprising about H2O. Currently, investors are looking to water as a viable commodity, much like oil or gold. It’s a matter of supply and demand.

Although 70 percent of the Earth is covered in water, 97 percent of it is saltwater, which cannot be utilized for much without treatment and processing. Pollution, rapid industrialization, the agricultural industry, the growing population—all of these contribute to an even greater scarcity of clean, fresh water. United Nations projections predict that more than half of the world’s population will live in highly water-stressed areas by 2030.

Blue-chip and small-cap companies alike are all getting in on these “liquid assets.” Despite the environmental impacts of plastic waste, the bottled water industry continues to grow due to increased global demand. Water-based ETFs and mutual funds are now available, which may contain stocks from water utility companies, treatment plants and more.

Will water barons become the new Rockefellers? Rumors continue to swirl about the Bush family’s holdings in Paraguay, one of the four countries (along with Uruguay, Argentina and Brazil) that cover the Guarani Aquifer. This freshwater reserve, which is the size of Texas and California combined, contains enough drinkable, potable H2O to sustain the world’s population for 200 years —definitely a valuable lifeline for human sustenance!

Meanwhile, enterprising Jupiter may pave the way for radical developments in desalination, the process of extracting the harmful hypersaline brines to create safe drinking water. Current iterations of this treatment tend to be both expensive and environmentally harmful. But in the past year researchers have been refining their processes. A team of engineers at Columbia University led by Ngai Yin Yip created TSSE (Temperature Swing Solvent Extraction), a separation method that doesn’t require costly, high-impact evaporation. We anticipate more developments from labs in 2021.

9. So…is this summer gonna be intense all over again? (Yes, and here’s what to do about it.)

With roll-the-dice Jupiter in unpredictable Pisces, our advice is this: Brace yourself for surprises, especially ones that emerge from left field. Continue to take pandemic precautions, whether you’re vaccinated or not. Look deeper into anything you hold as “true” rather than accepting what you hear at face value.

And DO make time for Pisces pursuits of art, creativity and “going with the flow” whenever you can. Even if the world seems to be falling apart, find a way to connect to that divine channel within yourself and to tap into your greater link to the oneness of the infinite universe.

Portions of this post were excerpted from The AstroTwins’ 2021 Horoscope guide. Read everything about Jupiter in Pisces in the book.

Photo by Maite Pons via Stocksy