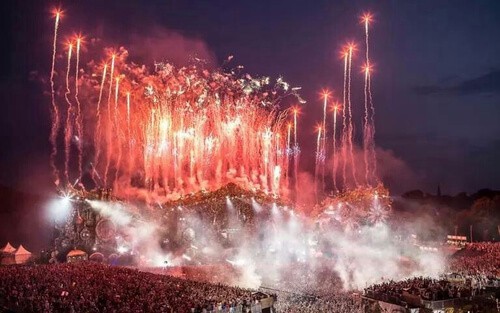 Summer of strife? For the last week of August and the first week of September, aggressive Mars and authoritarian Saturn will travel arm-in-arm through intense Scorpio. This only happens every couple years or so, as Saturn is a slower-moving planet.

Mars is rash, brash, impatient and aggressive—always ready to fight. It’s like the arrogant teen of the cosmos who wants to leap without looking. By contrast, Saturn is like the cautious curmudgeon, always taking the conservative route and acting like the restrictive, even oppressive, buzzkill. So when the two blend their energy, it’s like having one foot on the gas (Mars), the other on the brakes (Saturn). Hello, whiplash.

With percolating Mars constricted by dominating Saturn—both in Scorpio, the sign of control—tensions and flagrant abuses of power are par for the course. To wit: we’re dealing with Ferguson, Missouri becoming a near police state, the ISIS beheading of American journalist James Foley and the ongoing Israel-Gaza strife. (Anyone else wonder what planet we’re actually living on?) Mars has already been clashing with Jupiter for the past month, making for a summer of disturbing upheaval.

In your own life, you may be feeling this transit intensely, too. We’ve heard so many people talk about being tired, having violent dreams and clashing with loved ones, that we knew we had to post about it. As with any tough astrological transit, we often rely on the words of our fellow Sagittarius Winston Churchill: “If you’re going through hell, keep going.” Forging through any rough spots CAN be eased a bit by simply knowing that the stars are in crisis, and that this, too, shall pass.

Here are some of the ways you might experience this Mars-Saturn conjunction:

Rage is a common result of a Mars-Saturn conjunction. Worse, it’s easy to dehumanize the target of your wrath, thinking of this person as a one-dimensional “enemy” rather than a fellow human being who deserves to be treated with compassion. Under this aspect, people take sides, draw divisions, get super-righteous and who’s “us” and who’s “them.” You may also rightly have some issues that you’ve shoved under the carpet, and now it’s time to face them squarely. We recommend the book Radical Forgiveness by Colin Tipping as a guide for how to deal with any upsetting circumstances, people or memories without taking yourself down, too.

Mars gives us our life-force energy and vitality, so with Saturn restricting it, you might feel gloomy, hopeless or unmotivated. The tragic recent suicide of Robin Williams sits in the shadow of this transit. Since Saturn rules experts, please reach out to a professional if you’re struggling with heavy thoughts or drifting into a dark place.

Saturn rules aging and time, while Mars rules youth and energy. Saturn sitting on top of Mars can make you feel and even look a few years further along than you actually are.

Hasty Mars makes us accident prone, especially with falls and sharp objects. Be extra careful when using knives in the kitchen or operating any kind of machinery (lawn mower, food processor, etc.). Pay attention to your surroundings, as crime can also go up during a Mars-Saturn conjunction.

Cautious Saturn and angst-filled Mars can make you anxious, nervous or worried for reasons you don’t even understand. If you find yourself acting paranoid or even having thoughts of death and doom, don’t be surprised (not to be morbid here!). We’ve heard of a couple people having anxiety and panic attacks in the last few days, too.

You could have strange or even violent dreams during this time, likely related to an area of your life where you feel blocked or frustrated.

Saturn is associated with fathers, men, authority figures (bosses, politicians). We become angry, and often rightly so, at political leaders. No surprise that President Obama has sparked outrage by hitting the golf course right after hearing news of Foley’s death, and failed to make a personal appearance during the heat of Ferguson.

People get serious about making things official under Saturn’s influence, but may rush and skip details in their haste. Deals could fall through in the last minute, or they could be inked in haste. You may feel anxious to DO something, or to make things official, yet nervous or skittish about taking action with cautious Saturn in the mix. Find the right balance between being patient and proactive—and yes, we realize this can be tough!

So, what can we do about it?

It also helps to consider what the greater lesson might be. Crises also create opportunities for growth. This transit gives us the chance to slow down where we’re rushing, and to pick up the pace if we’re procrastinating. It’s about finding the balance between being active/proactive, and the wisdom of stepping back for an objective look. As anger erupts around the globe, we want to transmute it into positive action, not just fan the flames of discontent, helplessness and rage. Saturn invites us to step into our leadership, and Mars gives us courage. We certainly need some fearless voices for justice now more than ever. How can you use yours?