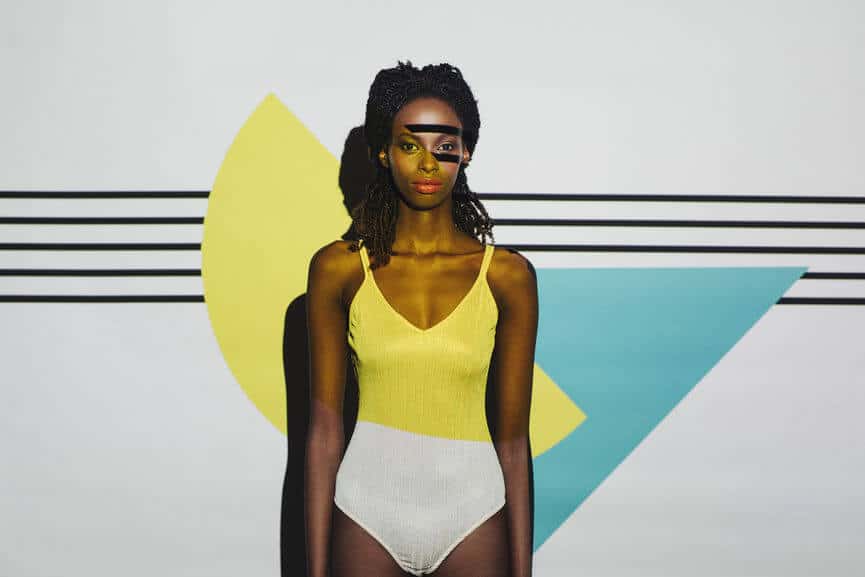 Dream on, dream away! On March 6, 2019 at 9:11AM EST, the new moon in enchanting Pisces—the watery sign of the Fish—opens the floodgates of healing and inspiration and reveals what’s hiding beneath the surface.

The Pisces new moon marks the beginning of a poetic, romantic and inspired cycle that culminates with the full moon on September 14, 2019. Here are 7 ways this lunar lift can bring divine guidance.

So you’ve given your closets and drawers the Marie Kondo treatment. Now, how about your psyche? As the twelfth and final sign of the zodiac, Pisces energy can hold a lot of baggage, and not just the physical kind. Since Pisces rules the subconscious, this new moon beams your attention inward. Your thoughts have a big part in shaping your reality, which, in turn directs your outlook on life. So it makes sense to give your mind an internal audit from time to time. The goal is to make sure all that “monkey chatter” isn’t bringing you down!

Regular meditation breaks can help you tune in to those shadowy corners of your mind. (Try our guided meditation for Pisces season!) As you close your eyes, allow yourself to ruminate on where you are feeling stuck, uninspired or hopeless. You may discover some entrenched thinking that needs to come to light. For example, maybe you’re telling yourself, “I’ll never make THAT much money,” or “If I want it done right, I guess I’ll just have to do it my damn self.”  After sitting quietly and observing your mental landscape, open up your journal and write about it. Here are a few prompts you can use: 1) what situation is causing me to feel upset? 2) what emotions am I experiencing about this? and what is my belief about this situation?

Then, try giving each disempowering thought a positive reframe. For example, “I am committed to learning about money management so I can create abundance in my life.” Or, “I will find the right support for my dreams.” Bonus: helpful guides and “earth angels” tend to show up near a Pisces new moon, so don’t try to figure out the particularly snarly issues on your own. Friends and family can be great sources of support, but if you’re worried about leaning too heavily on them, reach out (and up!) to an expert who can Sherpa you through your transformation, like a therapist, coach, spiritual leader or shaman.

What if you regarded everything you do—from preparing your breakfast to composing an email—as a work of art? Imagine what kind of honor, dignity and divinity you could bring to every waking moment. You would exist in a true state of grace. So here’s a Pisces new moon idea: try this as an experiment for two weeks and see how your experience of life begins to shift.

Need a nudge? Participate in a social media challenge, like the 100 Day Project, where you post your own artwork on Instagram with a daily hashtag. Or, get inspired by artist extraordinaire Michelangelo, a Pisces born March 6, 1475. He spent four years painting the awe-inspiring ceiling of the Sistine Chapel, which is one of the seven wonders of the world. During his lifetime, Michelangelo was known as Il Divino (“the divine one”). How very Piscean, since the veil between the earthly and the divine is thinned by Pisces’ esoteric influence.  What spirit or force drove him—or other brilliant Pisces like Nina Simone and Alexander McQueen—to such excellence? Pick up your own version of the metaphorical microphone or paintbrush and find out.

Ever notice that when you’re bored, an hour feels like a lifetime, but when you’re “in the zone” it flies by way too quickly? The Pisces new moon prompts us to shift into quantum thinking, where time is more elastic than fixed—and can be bent at our will. Albert Einstein, whose theory of relativity turned our concept of reality on its head, was a Pisces, born March 14, 1879. (And it’s interesting to note that the late, great theoretical physicist Dr. Stephen Hawking—a Capricorn—died on Einstein’s birthday, which is also Pi Day). The Pisces new moon encourages us to question linear concepts like distance and time—just as Einstein, Hawking and even Galileo had done. One of our favorite (and most digestible) books on the quantum realm is Dr. Joe Dispenza’s Breaking the Habit of Being Yourself: How To Lose Your Mind and Create a New One.

On that note, when was the last time you lost track of a few hours? Just let yourself follow your whims? Daydreamer Pisces encourages you to ride a divinely-inspired wave. Tinker with a musical instrument or watercolors. Have an impromptu dance party for one. Wander through boutiques checking out scents, bespoke bags and lust-worthy shoes (glamorous Pisces rules the feet). The Pisces new moon encourages you to follow the muse and see where it takes you.

Mermaid Pisces rules the oceans and seas and this new moon spotlights the need to protect and share our planet’s aquatic resources. Coral reefs, which are home to more than 25% of marine life, are dying off at an alarming rate. Water temperatures are rising because of industrialization and our oceans are becoming more polluted by plastic waste. The smallest changes can add up to a sizeable impact, so don’t lose hope! Let this moon guide you to make sustainable changes, like toting your refillable water bottle and coffee mug, and skipping unnecessary packaging whenever possible. And here’s a tiny shift that can make a huge change: decline a straw in your to-go drink! Truckloads of these “microplastics” wind up in the seas, become ingested and absorbed by marine life and in turn, corrupting the food chain. Read more about this and the #StopSucking campaign at OurLastStraw.org. Under the charitable influence of this new moon you might donate time or money to clean-up missions like 4Ocean.com, that literally dredge the plastic out of the Caribbean waters where coral reefs are particularly threatened.

5. Ponder the possibility of past lives.

As the final sign of the zodiac, Piscean energy is often equated with a metaphorical death of sorts. It’s why so many people born under this sign are “old souls” with a strong connection to the other side. Pisces is also associated with reincarnation and the afterlife. A book that’s made a huge impact on us is late (Aries) hypnotherapist Dolores Cannon’s Between Death and Life: Conversations with a Spirit. While regressing her patients to heal traumas, they recount memories of their time in between earthly incarnations. Cannon records this with fascinating detail, without trying to convince the reader to believe, but rather to try on the possibility and see if it resonates as a personal truth. For us, Cannon’s work brought deep comfort—and a profound sense of “remembering”—during the transition of Wendell, our 17-year-old dachshund (and spirit animal). If you’re dealing with the passing of a loved one, the website ModernLoss.com also offers a broad swath of people’s experiences dealing with grief, death and dying in the modern world.

While this zodiac sign is the most empathetic of them all, when does compassion veer into codependent territory? Since Pisces is ruled by nebulous Neptune, figuring out where you begin and another person ends can be a bit challenging—but try! This new moon may serve as a wakeup call that you’ve been making too many sacrifices to your self-care in the name of “being there” for a loved one. Giving is not a true act of generosity if you exhaust yourself in the process. Set up healthy boundaries and don’t stay silent about your need for support. The struggle is real sometimes, but instead of wearing it like a badge of honor, let it be a wake-up call that you need to reach out.

7. Be open to divine guidance.

Wanting to be in control is part of the human condition. Pisces is the star sign of surrender and release. Under the spell of this intuitive energy, try handing the metaphorical reigns to the universe (or god, the divine…however you see it) every now and again. The mysterious and unseen force may have a better plan than the one your mortal mind can concoct. If things take a U-turn or veer off onto an unchartered path, try not to freak out. Instead, say, “Hmmm…I wonder what I’m to learn from THIS change of events?” Let your curiosity lead instead of your anxiety. Stop, tune in, and plug into the flow. You’re being guided, so listen carefully and watch for serendipities as clues along the way. You might even keep an angel card deck handy and pull one for the new moon, then ponder the meaning of its message.