Planets and Their Meanings in Astrology 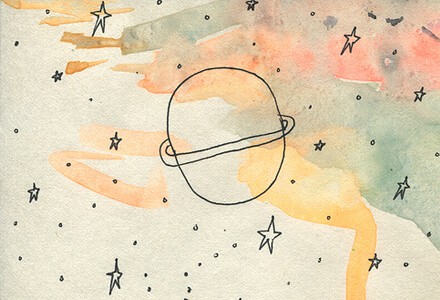 How do the planets affect you? Every planet orbits the sun at a different speed, going slower and slower the farther they are from the sun. Each one is said to affect a different part of your personality.

The “inner planets”— the sun, moon, Mercury, Mars and Venus—move quickly through the zodiac. As a result, they affect your day-to-day life, moods and habits.

The “outer planets” — Jupiter, Saturn, Neptune, Uranus, and Pluto — move slowly, changing signs every one to fifteen years. As a result, they shape the bigger trends in your life. In fact, Neptune, Uranus and Pluto orbit the sun so slowly that they’re said to shape entire generations.

Each planet is associated with a zodiac sign, and that sign will exhibit traits of the planet. For example, turbo-charged Aries is ruled by warrior planet Mars. Cheerful Sagittarius is ruled by optimistic Jupiter. If you want to learn more about your sign, look no further than its ruling planet! (P.S. We still look at Pluto as a REAL planet, even though astronomers on-and-off diminish its status to “dwarf planet.” Its impact is undeniable in astrology.)