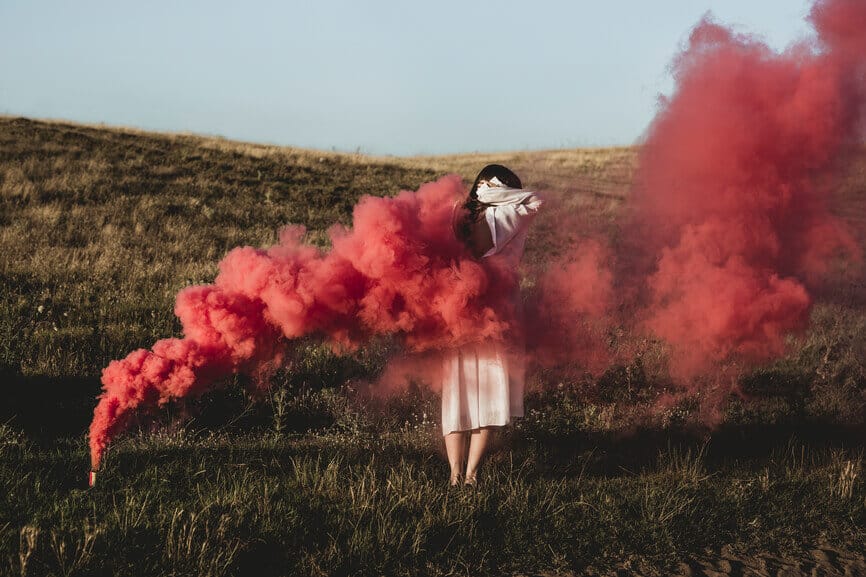 September may start slowly, but it will pick up speed in the second half, gathering potency as the month progresses.

Is it 2021 yet? (JK but not.) Against the analytical backdrop of Virgo season, the first three weeks of the month give us lots to think (and think and think…) about for our September 2020 horoscope.

We’re not gonna lie: The outlook for the rest of the year is pretty intense. We’ve got Mercury retrograde through election season, two more eclipses, a final Jupiter-Pluto meetup and the “Great Conjunction” of Jupiter and Saturn to navigate before 2021 arrives. (Don’t worry, we’ll be with you every step of the way!)

This month, the headline news is that Mars, the planet of aggression and drive, will turn retrograde in its home sign of Aries from September 9 to November 13. Mars is making an extended visit to Aries from June 27 to January 6. This will cause tempers to roil and hotheadedness to spike. There’s little to no pause between stimulus and response right now.

And while it’s important that people don’t feel silenced or suppressed, it’s equally vital that we speak from an informed and mindful place. That’s not easy with so much pain churning up a wellspring of feelings from the deepest parts of our collective psyche. The upside of Mars retrograde is that it will reduce the world’s emotional temperature from a boil to a simmer. Instead of being reactive, we may find the space to be proactive—which is in everyone’s ultimate best interest. They adage of “respond instead of react” will help us through Mars retrograde.

The tricky part is that Mars in reverse can cause us to stuff down our anger, creating the effect of a dormant volcano. All that suppressed rage could explode when Mars turns direct on November 13, one day after the already volatile Jupiter-Pluto conjunction of November 12. Mars rules weapons, and we’ll need to be vigilant about gun violence for the rest of 2020.

Given that Mars will “station” back into direct (forward) motion ten days after one of the most historically charged U.S. presidential elections, we want our readers to be careful and safe. We don’t like to post scary predictions. But we feel it’s our duty to report on the range of possibilities so YOU can be prepared.

Mercury retrograde is on the horizon

Mercury, which rules the postal system, will be retrograde from mid-October until November 3 (literally ending on Election Day—WTH, stars!?!). Mail-in ballots are already priming us for another potential vote-counting catastrophe that could surpass the 2000 Bush-Gore election breakdown, which was also during a Mercury retrograde. The only thing certain is that more uncertainty is ahead.

In other news, all five of the outer planets—Jupiter, Saturn, Uranus, Neptune and Pluto—are in powered-down retrograde for the first half of September. These heavenly heavyweights move slowly, and each spend four to five months in a retrograde cycle. It gives us a chance to pause and reevaluate our long-term plans, correcting course and going back to the drawing board. But these retrogrades can also gridlock some of our major decisions.

With all of the outer planets except Neptune stuck in grounded earth signs, spring and summer may have felt like super-slow motion, if not a grinding halt. (Or, as one of our readers put it, “I feel like I’m getting half as much done in twice as much time.”) At times, it seemed impossible to plan for the future. Plans had to be scrapped, redrafted and made again. Amid so much uncertainty about going back to school and work, vaccine releases and the winter flu season, we’re all stumbling around trying to get through the day or week while being ready to pivot at a moment’s notice!

In some ways, the outer planet slowdowns were helpful. It’s been virtually impossible for most people to operate at their usual speed against a background of 2020’s intensity. The pandemic, shutdowns, police killings and social upheaval have taken a huge toll on the world’s psyche. Throw in the topsy-turvy eclipses of June and July and our systems are still trying desperately to process it all. (Picture the spinning rainbow pinwheel on a Genius Bar-bound Macbook…that’s your brain on 2020.)

On September 12, expansive Jupiter will be the first to end its four-month retrograde, followed by structured Saturn on September 29, then Pluto on October 4. All three of these planets are in Capricorn, which rules structure and planning. The relief of their direct turn will help dormant agendas pick up speed.

Use the time wisely—and make as many concrete decisions as you possibly can. Saturn is in Capricorn until December 17, then it won’t come back here until 2047! Likewise, Jupiter will remain in Capricorn until December 19, then we’ll have to wait over a decade before it returns (not that it will be missed, since it’s in its weakened “fall” state here).

The balancing beams of Libra season will be welcomed. The Sun shifts into this measured sign from September 22 to October 22. As the sign of partnerships, Libra reminds us that we’ll go farther faster when we cooperate. With the world so polarized, it’s never been harder to create dialogue instead of deepening divisions. Here’s hoping the stars lend a hand.