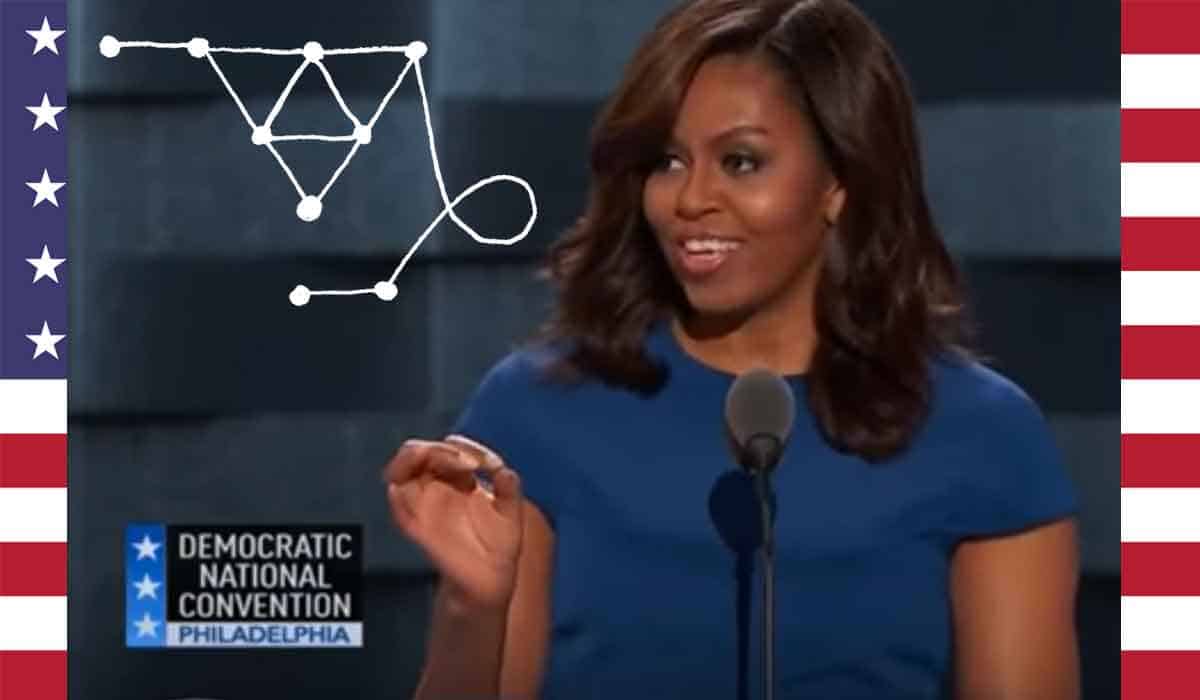 Boom! Nobody does dignity, grace and high-minded class like a Capricorn woman in the zone. Michelle Obama’s horoscope is practically nominating her to run for President in 2020. (Sorry, Kanye.)

At the 2016 Democratic National Convention, First Lady Michelle Obama, a Capricorn Sun sign born January 17, brought the whole nation out of its petty bickering and lowbrow in-fighting, reminding us—in true Capricorn style—that there is WORK to be done.

Capricorns are the adults of the zodiac, the mature Mountain Goats who keep their eyes on the prize, focusing on long-term goals instead of temporary distractions. No wonder this zodiac sign gets so much done! They don’t waste time on “micro-dramas” (as our Capricorn friend puts it) when there’s a world to change…and lead.

So here’s our astrological take on why we could start igniting the “Michelle Obama for President in 2020” rallying cry right now (or in 2024…if Hillary Clinton wins and runs for a second term, of course).

1. Elegant Capricorn is the sign that rules governments, leadership and authority figures.

While this zodiac sign can be hardhearted and overly tough, a balanced Capricorn like Michelle Obama could be THE one to bring structure and sanity back to our country. Governed by prudent Saturn, Capricorn brings the wisdom of experience and the ability to step back from one’s emotions to make sound decisions. Capricorn is a grounded earth sign and of the “cardinal” (or ruling) quality, giving the First Lady common sense AND natural leadership gifts. As a measured Capricorn woman, Michelle Obama speaks with power and will back up her words with action. She could restore integrity to politics as future POTUS.

2. Transformational Pluto is in Capricorn until 2024.

Pluto, the ruler of transformation and alchemy, is in Capricorn from 2008-2024, changing government and leadership as we know it. Who better than Michelle Obama to round out this cycle with a 2020-24 seat in the Oval Office? Structured Saturn will also be in Capricorn from December 2017-March 2020..the perfect time for Obama to lay the groundwork for her campaign.

An interesting similarity to Hillary Clinton here: Both Barack Obama and Bill Clinton are Leos. Despite this sign’s reputation for being egocentric, many Leo men are proud, dignified and secure enough to champion the powerful women they’ve chosen as partners. Bring on the Leo #FMOTUS action! 4. Her Pisces moon makes her compassionate and empathic.

Michelle Obama has her moon sign in compassionate water sign Pisces, which softens some of the harshness of her Capricorn Sun sign. (Hillary Clinton also has a Pisces moon, as it turns out!) She will be tenacious and tough, saying what she means and meaning what she says—an advantage she has over Hillary, whose Scorpio Sun sign and rising sign can make her seem opaque, hard to read and secretive.

The north and south nodes in the chart reveal our life purpose. Michelle Obama was born with her south node—or past life sign—in Capricorn and her north node (destiny point) in Cancer. Balanced masculine and feminine energy is written in her stars. Her Capricorn south node indicates that she was a male AND in positions of authority in many previous lifetimes. Translation: She understands how to move through the world of men, and is primed to shatter the glass ceiling. Her north node in Cancer reveals that she’ll be a champion for women, family and mothers’ rights. It also helps her bring some heart into the game, even though she’ll be able to put her emotions aside when necessary. She is the mother AND the father we all wish we had. Hi, Mom…I mean Madam President.

6. She can eviscerate a hater with one dignified Capricorn quotable.

Sorry, Donald Trump, but employing the negative traits of Gemini tactics like insults, lies, false promises and childish bullying, is no match for a grounded Capricorn like M’Obama. “When they go low, we go high,” she said. Mic drop: Complete.

7. She keeps it classy…but knows when to show the world she can have fun.

Capricorns get a rap for being SERIOUS all the time—which isn’t entirely unfounded. But they have a wicked (if quiet) sense of humor. The zodiac’s Goats also have some of the best comedic senses of timing of any sign. They can do deadpan humor, but they can also get silly with masterful physical comedy (cue Capricorn Jim Carrey). So maybe the FLOTUS seems a bit stiff in her Made In America shift dresses and perfect ballet flats…but don’t write her off as completely buttoned-up. I mean, you did see her carpool karaoke rendition of “Get Your Freak On” with Cancer Missy Elliott and Leo James Corbin, right? Watch it again now.