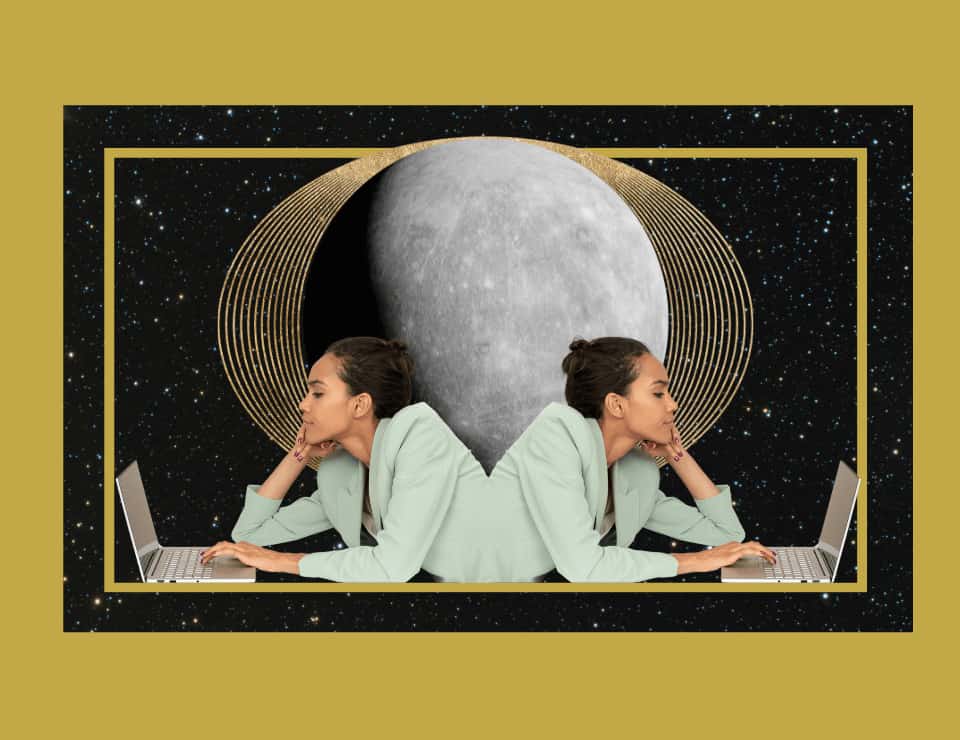 The Fall 2022 Mercury retrograde begins September 9 and ends October 2 with visits in two zodiac signs, partnership-powered Libra, an air sign, and wellness warrior Virgo, an earth sign. The focus of this retrograde will be on balancing relationships and restoring vitality. But you might have to hit pause on some of your fast-moving developments in order to recalibrate.

Don’t be deterred by these forced slowdowns. When Mercury flips into reverse, it blesses us with an important timeout to review, revise, revamp (and all the other “re” words).

What are the Fall 2022 Mercury retrograde dates?

The Fall 2022 Mercury retrograde begins in Libra on September 9. It moves into Virgo on September 23. The full retrograde ends on October 2 when the messenger planet corrects course and begins its direct transit through Virgo.

This is the third of four Mercury retrogrades in 2022, although the Fall 2022 Mercury retrograde is the year’s last full cycle. The final backspin, in Capricorn, begins on December 29 and lasts until January 18, 2023. Better firm up those New Years plans early to avoid Mercury retrograde’s notorious scheduling snafus!

While reversing through air signs (Gemini, Libra, Aquarius), Mercury retrograde tightens up regulations around social interactions and our messaging. Is everyone pulling their weight in your relationships and on your teams? Are you all on the same page and using up-to-date technology? Have you properly stored and protected your data? And are you aligned on how you’re presenting yourselves to the world?

When Mercury retreats through earth signs (Taurus, Virgo, Capricorn), put on a project manager’s hat. Review budgets, timelines and environmental impact—and use the red pen to make corrections. Once you see where the fixes need to be, create guidelines, operations manuals and systems that everyone can easily follow.

Cuffing season, interrupted? Relationships could hit a series of speed bumps while Mercury spins retrograde through Libra from September 9 to 23, forcing us to review our Mercury-directed communication styles. Popular love advice tells people, “Just be yourself!” but, um, what does that actually mean? While it’s important to bring authenticity to your interactions, it’s equally crucial to pay attention to the impact of your words and body language.

Fortunately, savvy Libra is a zodiac sign that understands the nuances of relationships. As people, we are always responding and reacting to each other—it’s part of being made up of molecules and cells. So how about embracing the opportunity to become better at picking up other people’s signals? Modulate your pitch and volume depending on each conversation. Are you talking to a quiet, shy type? Enter slowly and move softly. In a room full of extroverts? Experiment with amping up your excitement levels.

Much research has been done on mirror neurons, which fire in the brain’s frontal lobe when we observe someone else in action. This ability to sense someone else’s intentions can pave the way for empathy. Rather than planning a grand entrance, see what happens if you slow down a beat or two and “read the room” while Mercury is retrograde in Libra. You may discover new paths to connectivity with people you never really vibed with before.

Since Libra is associated with legal matters, review contracts to make sure you’re in compliance during the Fall 2022 Mercury retrograde. This deep dive could save you future legal issues or set a healthier tone for your work environment.

Knowledge is power—and on an emotional level, the path to feeling safe and secure! Even the best relationships could drift into choppy waters. Patience will be required to keep things on an even keel. Exes will be especially prone to reminiscing—consider yourself warned!

One of the best ways we know to work through communication issues is to do your Composite Chart, AKA your relationship’s chart. This special astrological chart calculates the exact midpoints of every planet in two individual charts. What would it be like if you and your person met each other in a perfect compromise? We’ve got your answer in our new book The Astrology of Us! Head here to calculate a free Composite Chart and get your copy of our book to start dissecting it all!

The devil is in the microscopic details as retrograde Mercury slips back from even-keeled Libra into keen-eyed Virgo. Review everything on the finest setting possible during this segment of the backspin.

Be an unapologetic purist when you go on any research or sourcing missions. Can you find a greener solution that not only saves you cash but is also socially and environmentally responsible?

Constructive feedback is hard to suppress while Mercury’s in its home sign of analytical Virgo— but check the judgmental attitude. Buffer your pro tips with a “praise sandwich,” starting and ending with the positives so people feel empowered by your input.

Focus on wellness, too! With the mindful planet in this healthy sign, go deeper with your self-care rituals. Where could you curb stress from your life? Change your diet to reduce inflammation and improve gut health, a key component of strong immunity—and more important than ever since Virgo rules digestion.

If you have any medical procedures scheduled during the retrograde—particularly this portion, make sure you go into them fully informed on everything from potential side effects to prescriptions and aftercare. Don’t be shy about asking as many questions as you need to and speak up if anything feels off. Clear communication is always the key to sailing through the Fall 2022 Mercury retrograde.

When does the Fall 2022 Mercury retrograde end?

Scrambled signals begin to clear up on October 2 when the Fall 2022 Mercury retrograde ends. As the cosmic communicator powers forward through sanity-restoring Virgo (until October 10), logic reigns supreme.

What to do with this earthy, orderly energy? Get obsessed with systematizing and simplifying. Color-code your bookshelves and purge processed junk food from your fridge. Straighten out your schedule and do your level best to achieve “inbox zero.” Rejig your budget and have any necessary conversations about money that you’ve been putting off.

Since Virgo loves wellness, accessorize with your fitness tracker and create an October workout plan. Just be careful not to hop on the latest fad. That gemstone-infused, activated-charcoal healing tonic sounds divine, but uh, could you whip one up at home? Pin that recipe!

Mind the shadow period from October 2 to 17

Have you ever wondered why Mercury still feels retrograde after it spins back into direct motion? Every retrograde has a shadow period, AKA “retroshade,” that lingers until Mercury arrives back at the same degree of the zodiac where it began its backspin, in this case 8º57′ Libra. Although the Fall 2022 Mercury retrograde ends on October 2, until October 17, expect to be ironing out the details of anything that went sideways between September 9 and October 2.

How to handle the Fall 2022 Mercury retrograde by zodiac sign