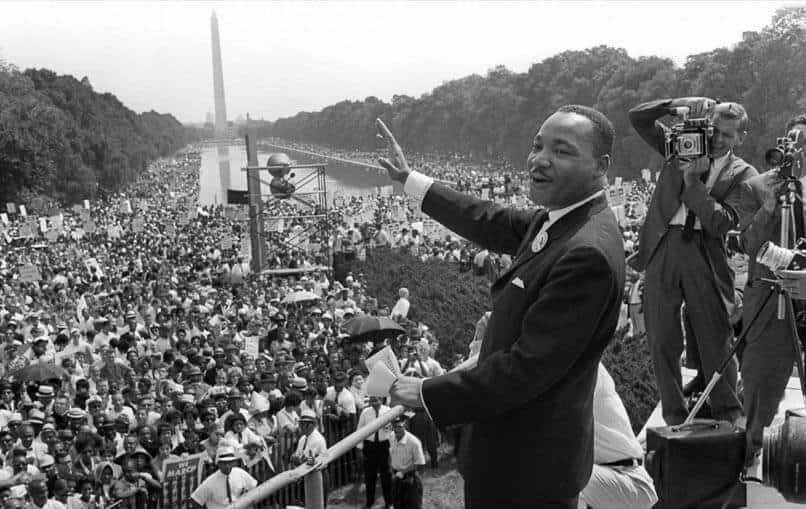 While his birth time and rising sign are unknown, Dr. King’s birth chart reveals much about his lasting legacy. A steadfast Capricorn with a moon in compassionate Pisces, he embodied the traits to match his zodiac sign’s path.

1. Dr. King’s Sun was in ambitious and rock-solid Capricorn

The Sun sign is one of the key factors that shape our personalities and how we express ourselves in the world. Dr. King’s Capricorn Sun made him a rock-solid leader, effectively organizing both individuals and groups. Capricorn men have a strong paternal quality and King fathered not only his own children but a movement of non-violent activism. A traditional earth sign, he skillfully navigated establishments such as churches and government. He was beside President Lyndon B. Johnson for the signing of the Voting Rights Act in 1965, prohibiting racial discrimination in voting. 2. Dr. Martin Luther King’s Moon and Venus were both in compassionate Pisces

The moon sign in astrology is the ruler of emotion and its placement in the chart reveals what drives us on a deep, internal level. Venus is the planet of love, peace and harmony. With both heavenly bodies in ethereal, boundless, compassionate Pisces, it’s little surprise Dr. Martin Luther King, Jr. built a movement based on love—ultimately leading to him becoming the youngest person in history to win the Nobel Peace Prize.

Pisces is also the sign governing dreams and MLK’s “I Have  Dream” speech, delivered at The Lincoln Memorial during a march on Washington, echoes and resounds to this da1y. His moon in Pisces allowed King to operate on an imagined reality which he worked tirelessly to bring to form. In his words: “Faith is taking the first step even when you don’t see the whole staircase.”
Pisces is the sign of sacrifice and the martyr too. King threw his whole life into the cause he believed in and ultimately died for his vision when he was assassinated in 1968.

Mercury is the planet that governs communication and thought processes. In Dr. King’s natal chart, this planet was in visionary, humanitarian Aquarius—the sign that governs civil rights, teamwork and activism. Having Mercury in Aquarius no doubt helped to shape King’s popularity and accessibility as a leader people could relate to. In true Aquarian “power to the people” style, he didn’t simply preach from the pulpit. He was in the trenches, leading activist efforts like the Montgomery Bus Boycott and the Selma to Montgomery March to support voter’s rights. With Mercury in this people-focused sign, it’s no surprise King once asked, “Life’s most persistent and urgent question is, “What are you doing for others?”

This may be why King urged us to judge people, “not by the color of their skin but by the content of their character.” In addition to rallying activists across all racial lines—a groundbreaking accomplishment at the time—King was a stirring and prolific writer of speeches, sermons and books, which can be found here. In Dr. King’s words: “A genuine leader is not a searcher for consensus but a molder of consensus.” 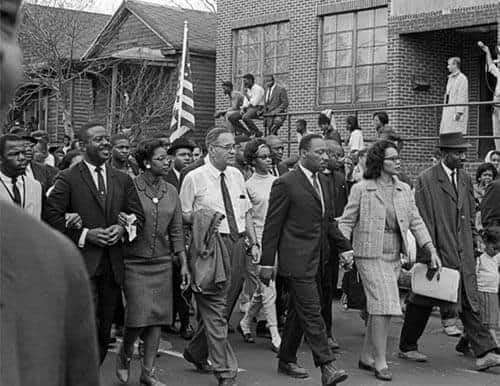 4. Dr. King’s Mars was in articulate and communicative Gemini

Inarguably one of history’s greatest orators, Dr. King was born with passionate, driven Mars in Gemini, the sign that rules language, speech, writing and all manner of communication. Mars is the warrior sign and he fought, not with violence, but with words that roused people to action and gently-but-firmly forced them to question their limiting beliefs. “Our lives begin to end the day we become silent about things that matter,” King reminded us. 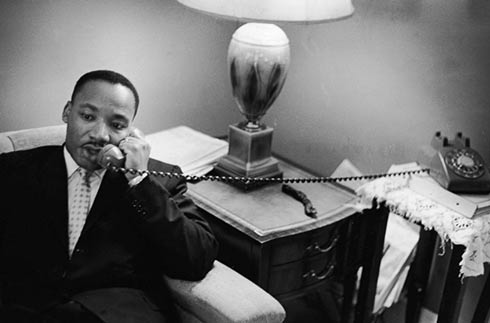 5. Martin Luther King had his South Node in transformational Scorpio

The South Node is the karma (or past life) point in the chart based on the lunar nodes. It can show one’s wheelhouse or comfort zone. Having a South Node in mysterious, transformational Scorpio (the sign that governs death and rebirth) may have imbued Dr. King with a certain fearlessness around facing life-threatening situations. As the leader of a movement, he put himself in the line of fire many times and was ultimately assassinated in 1968.

This South Node gave Dr. King charisma and appeal, but the shadowy, conspiratorial nature of Scorpio also attracted many enemies including J. Edgar Hoover, who was the head of the FBI and had King listed as a communist for his protests against the Vietnam War.

Scorpio is the sign of transformation: Like a spiritual phoenix rising from the ashes, King’s legacy lived on after his death—but his killing may be tied to the destructive Scorpionic aftermath of rioting and burning of cities around the USA.=

6. His North Node was in Taurus, ruler of the voice and throat

The North Node is the other half of the lunar node equation, and could be considered our “destiny point” or calling. A North Node in unwavering, stubborn Taurus blessed Dr. Martin Luther King, Jr. with dogged determination to stick to the cause despite inconceivable obstacles (centuries of racism, fire hoses, legislation, closed minds). The brass tacks Taurean energy may have helped Dr. King cultivate simple-yet-effective means of protest such as the lunch counter sit-ins, bus boycotts and marches. “Change does not roll in on the wheels of inevitability, but comes through continuous struggle. And so we must straighten our backs and work for our freedom. A man can’t ride you unless your back is bent,” said King.

Taurus governs the throat, lending to Martin Luther King’s oratorial talents and ability to move people with his voice. Taurus is also governed by the planet Venus, explaining King’s non-violent principles. Fittingly, King stated, “I have decided to stick with love. Hate is too great a burden to bear.” 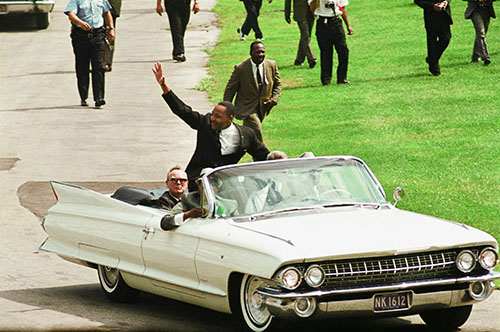 7. Dr. Martin Luther King was a Life Path 1 and an Earth Dragon—both courageous marks of a natural leader

In numerology, Dr. Martin Luther King was born as Life Path 1, the numerical archetype of the leader. This pioneering birth path fueled Dr. King’s willingness to take a stand and publicly champion civil rights with such an unwavering commitment. He was also born under the Chinese zodiac sign of the Earth Dragon, a fearsome and mystical creature that’s the only non-animal in the whole Chinese horoscope. The wisdom and power of his Dragon zodiac sign is palpable in every recording and timeless speech he delivered.