In Numerology, there are Universal Years and Personal Years. 2017 is a 1 Universal Year, marking the beginning of a new numerical cycle.

The Universal Year is like the landscape or terrain you’re driving through all year long and is calculated by adding the numbers of the current year together.

The Personal Year is calculated from your individual birth date and tells you more specifically what you’ll personally be working with during the year. (Get your complete Personal Year forecast in The AstroTwins’ 2017 Planetary Planner!)

You can think of the Universal Year as the state or country you’re driving through on your yearly “road trip” and the Personal Year is more representative of the points of destination you individually choose to stop at as you “travel” throughout the year.

A Universal Year means that everyone on the planet will be feeling the energy related to that particular number’s vibration during the entire year.

You calculate the Universal Year by simply adding the numbers in the current year (in this case, 2017) together like this:

So what about this 1 Universal Year?

Last year was a doozy. 2016 was a 9 Universal Year and since it marked the end of a cycle (9 is the highest number in Numerology), the year held major changes on a global scale. Big cultural issues received a scorching spotlight—ongoing escalations worldwide of violence, terrorist actions, religious fanaticism, racial and gender violence, volatile politics across the board, and economic instability. Need we go on?

The 1 Universal Year is the beginning of a new cycle. In Numerology, it’s a year where we’ll all feel a bit of relief that things are moving forward, even if the onset is slow. Momentum will pick up a few months into 2017, as the fog lifts and change gradually unfolds into something tangible.

The energy of the 1 is all about independence, initiation, achievement, and creative individuality. 2017 is the beginning of a new chapter—a year of initiation for a whole new 9-year cycle that will occur on a global scale.

The first portion of 2017 could feel like waking up with a massive hangover. The events of 2016 catalyzed deeper change in the world and therefore the shift happens in increments, not overnight. In the U.S. the election is decided and inauguration takes place in January, which will calibrate world politics for this next go-round. In a 1 Universal Year, we are forced to take action and step up—to make our voices heard, and to work with the most spiritual and evolved task: countering hate and violence with love, peace and compassion.

5 Keys to Success in a 1 Universal Year:

Whatever you begin during a 1 Universal Year will impact the next nine years (and beyond). Be decisive: Choose carefully what you bring into your life and what you allow to remain from the past cycle. Metaphorically you’re planting the crops for eventual harvest. Find fertile ground, cultivate it and choose which seeds you’ll plant. Trees? Pumpkins? Hemp?  Then make a plan for watering, sunlight, ongoing fertilization, weeding and general care. Focus on creating something new and more in alignment with your highest potential. That will take focus, initiative and drive.

2. Strengthen your sense of independence.

A 1 Universal Year can create a narcissistic streak. The energy of the 1 Year is—surprise—all about Number One. There will be a tendency for people—particularly the “powers that be”—to pursue their own agendas without including others’ needs and viewpoints. The highest and best use of 1 energy comes when its pioneering spirit and resilient creativity is used for more than personal gain.

No time for napping! This is the final year of what I call a three-year “push” time universally. This intense period of transition was activated in 2015 (the 8 Universal Year) and comes to its peak in 2017. 2018 will be a slower and stable energy—but we’re not there yet. This year will test everyone’s endurance and our collective ability to “fail forward.” There could be things that transpire on the world stage that will be wrong across the board. And yet the key is to learn from them rather than use them as weapons for even more wrong and misguided choices.

4. Answer the call of leadership.

The energy of the number 1 demands that we take the lead, define a path, and make things happen. It’s not the energy of idle chatter or lackluster goals. 2017 is the springboard into the future, so let’s go! We need to get the coffee brewing and get out our vision boards. How can we dynamically and realistically reconfigure our world to be more inclusive, more humanistic, more loving and compassionate? Is it possible? What are the first baby steps we all can take in order to make this new blueprint of the world a reality? “Think globally, act locally” is a great mantra for 2017. (Recommended 2017 reading: Power vs. Force by David R. Hawkins.) This concept is crucial for moving into a new paradigm initiated by 1 Universal Year.

The 1 Universal Year invites us to color outside the lines. The old way just won’t work and the new way is yet to be established. And it won’t be a linear process. There is movement toward unveiling the delusions we have around “right” and “wrong,” “normal” and “not normal,” “good” and “bad.” As we deconstruct these foundational belief systems, we’ll need to experiment to see what can take replace the outworn paradigms. Allow curiosity to take the place of fear. The 1 Universal Year helps us build a world that values and respects our individuality and honors our creative natures.

Challenges of the 1 Universal Year:

The energy of the 1 Universal Year supports healthy independence, originality, leadership, and a pioneering spirit followed up with action. But we can default to being self-absorbed rather than working toward common goals. The energy of the 1 can sometimes bring a crippling lack of self-esteem. It can cause us to lash out—to become the cynic or the victim. We may level crushing judgment on others instead of taking personal responsibility for our role in any messes. At times, this can be a year of hard knocks. Yet, failures can be crucial to uncovering your optimal path. The key is to think “curiosity” rather than “my way or the highway.” This is an expansive cycle when we are open to exploring solutions that are new and revolutionary.

Remember, the Universal Year is the overarching energy that everyone in the world experiences during a calendar year. Yet you also have an individual theme for the year: your Personal Year. This energy will feel even more immediate to you than the Universal Year number. It’s powerful to see how both the energies mix-and-match in 2017. Read your January Numerology Forecast to find out more about how the 1 Universal Year will affect you. 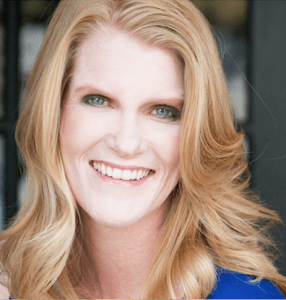 PinFelicia Bender, Ph.D is “The Practical Numerologist” and the author of Redesign Your Life:  Using Numerology To Create The Wildly Optimal You. To learn more numerology from Felicia, order custom reports and book a reading, visitwww.FeliciaBender.com