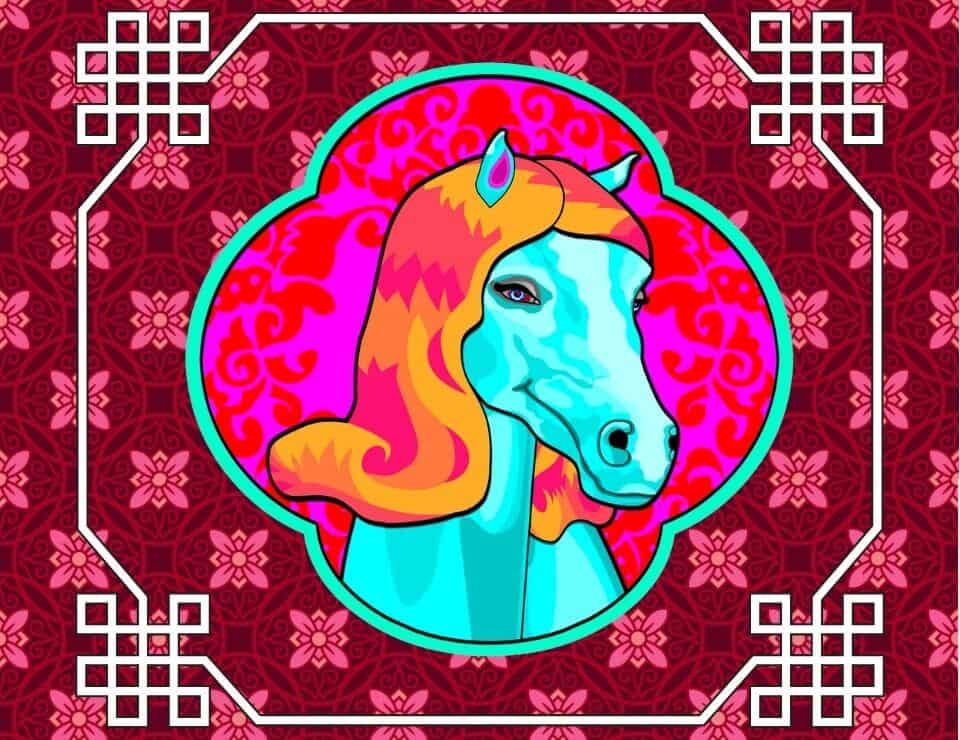 Wild horses run free! This Chinese astrology sign can’t be reined in, and their greatest joy is to roam wherever their spirits guide them.

Horse Years in the Chinese zodiac

What is the personality of a Horse?

Wild and unbreakable, Horses need to run free and make their own rules. Excitement is their middle name. When they’re not courting controversy, Horses have a talent for attracting it. Still, nobody is more fun than this sign. Chatty Horses are the life of every party.

Untamed and restless, they’re always finding new books, people and ideas, and will plunge into new experiences as quickly as they leave them. Horses love to open minds and encourage their friends to see new perspectives. They have unforgettable laughs and when they smile, may expose a prominent set of “horsey” teeth. According to legend, many Horses leave (even abandon) their biological families, often at a young age. The original rebels, they either stay single for life, or set up their own redefined family structures. Dashing and dapper, Horses have unforgettable energy that reminds us all to stay young at heart.