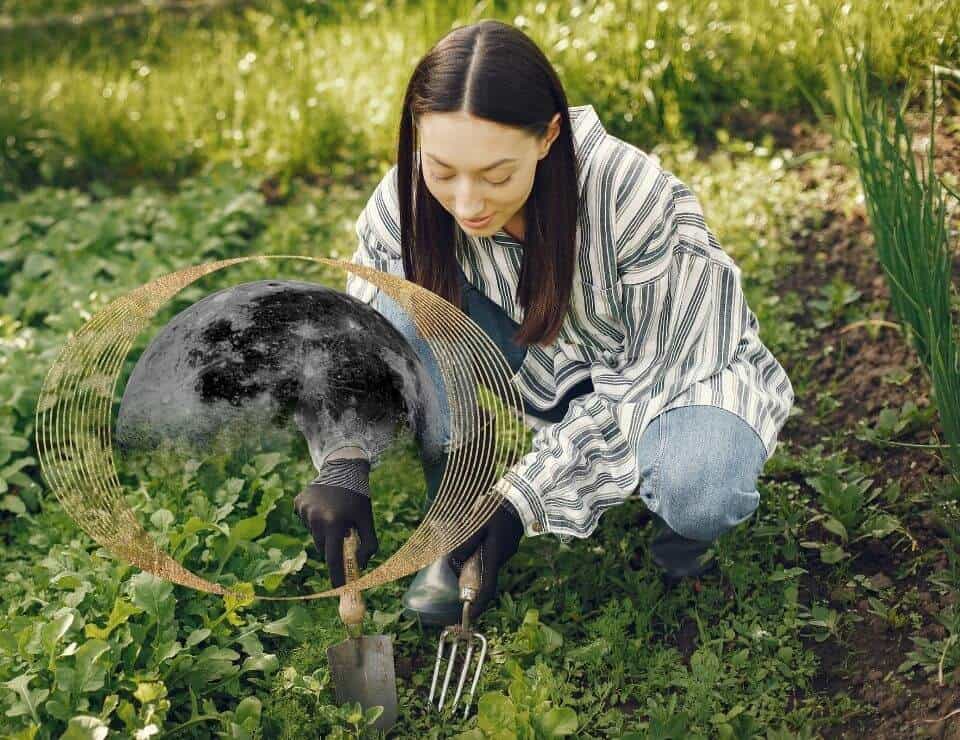 New moons happen once every month when the Sun and moon line up at the same point in the sky. Because the Sun is illuminating the back side of la lune, the moon is basically invisible to our view. (Though you can see a new moon if you squint.) Although it’s dark, the new moon is different than a black moon, which is the term for rare months when there are two new moons on the calendar.

What do New Moons mean in astrology?

Because new moons reset the monthly lunar cycle, astrologers treat these occurrences as ultra powerful moments to set intentions, start fresh and begin projects anew. The sky is dark, offering a blank canvas for creation during these tuned-in lunar lifts.

Be patient with the process! You may not see results until the corresponding full moon which occurs six months later in the same zodiac sign. But since the “ground” is especially fertile during new moons the seeds you plant on the days of new moons bring greater promise of producing a bumper crops. Two weeks after each new moon comes a full moon (in a different zodiac sign). Early sprouts may already pop up through the metaphoric soil by then.

New Moons and the zodiac

Whatever zodiac sign the new moon falls will direct our focus! And we get a double-shot of that sign’s energy during a new moon since both el Sol and la luna are in the same zodiac position.

For example, the Aries new moon always happens during Aries season, when the Sun is in the Ram’s realm between March 20 and April 19. The Scorpio new moon happens during Scorpio season, October 22 to November 21.

The exact dates of new moons will vary from year to year, but they will always occur during these specific monthlong solar cycles.

How do I make a wish or set intentions during New Moons?

Making new and full moon wishes is not just about passively writing down a “laundry list” of what you want and waiting for the items to show up like an absentmindedly placed Prime delivery.

While you can technically wish for anything, if you want to harness the power of a new moon, direct your focus toward the energy of the zodiac sign that it’s in. For example, when the new moon is in partnership-powered Libra, set intentions for your most important relationships or to manifest a healthy romantic match, for example.

It’s not required, but putting intentions into writing can take them much further. One study even showed that people who wrote down their goals, shared them with others, and maintained accountability for their goals were 33% more likely to achieve them, versus those who just formulated goals.

Then, share some of your wishes with friends. Let’s face it, our memories can lapse. Having other people hold the space (or hold you accountable) for the intentions you set at each moon can add extra power!

Our friend, renowned Japanese astrologer Keiko, has leveled up the lunar game in a way we love. “It bothered me that the vibration of the word wish felt a bit weak,” explains Keiko. “It just didn’t feel like a good enough match for the new and full moon. When I asked myself what to call it instead, Power Wish immediately came to mind.”

It’s like applying for a job, Keiko explains. Not only do you want to submit an attention-grabbing resume, it also has to be for the right position. The most brilliant graphic designer won’t be hired as a top-tier attorney, for example.

In her book, The Power Wish, Keiko shows you how to use important moon phases as a sort of lunar LinkedIn, making you the Universe’s favorite candidate!

Using what she calls “anchoring statements” and “anchorings,” Keiko demonstrates how to make a Power Wish that will make you the teacher’s pet of the Universe.

New and full moons happen two weeks apart. Keiko advises setting intentions for what you want to have happen at the new moon, and in The Power Wish, she shows great examples for writing a statement that gets results.

In The Power Wish method, you must also write a corresponding full moon Power Wish for the lunar cycle’s peak that happens two weeks following each new moon.

Rally your soul-seeking and self-aware friends—and invite that person who might not be as far along their spiritual path, too. It’s great to take turns hosting if you have a regular moon crew, or to come together and each add something to the plans. This should be a comfortable, joyful experience—a time to feel good. You’ll definitely want pens and paper for guests to write down their intentions or what they’re releasing. Here’s our guide to creating new and full moon rituals that will bring everyone together for a beautiful lunar ribbon-cutting ceremony!