What Is a Black Moon? Discover the Meaning of This Rare Occurrence 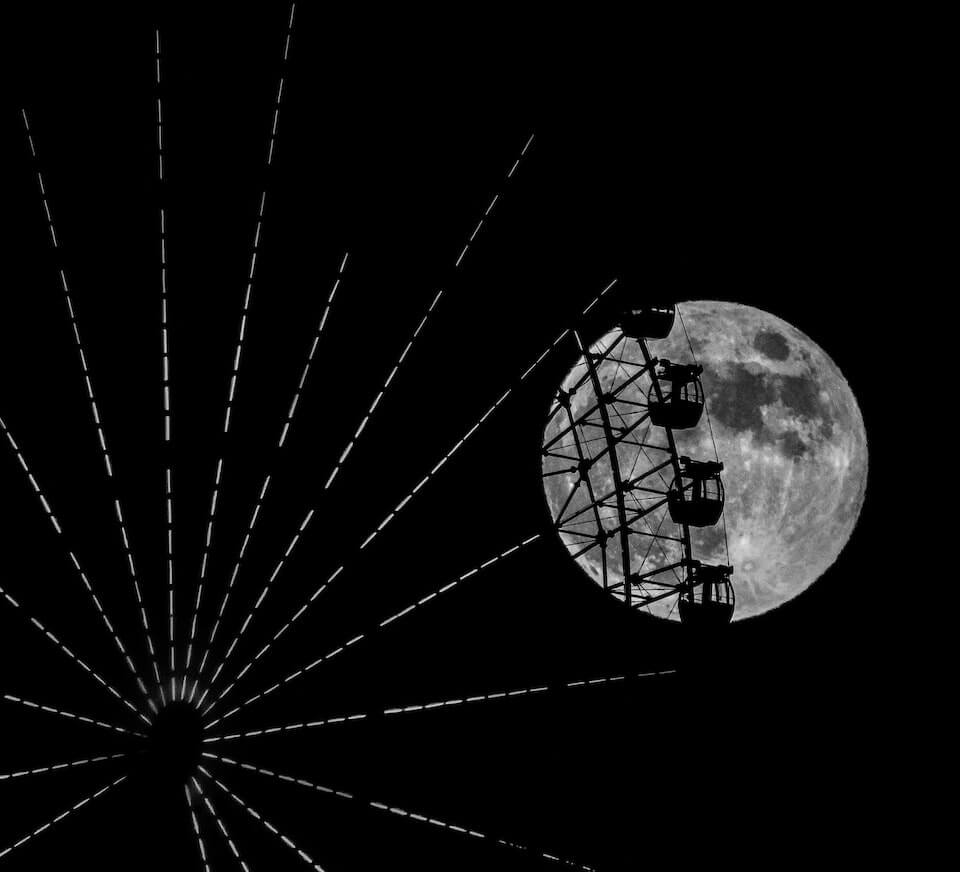 Although “once in a blue moon” is a popular expression, have you heard about its fraternal twin, once in a black moon?

Let us demystify this enigma for you.

A black moon is a second new moon within a single calendar month.

A blue moon is a second full moon within a single calendar month.

Exactly how rare is a black moon?

Astrologically speaking, both a black moon and a blue moon refer to lunar double headers. And yes, they are a rare occurrence.

Both phenomena occur once every 32 months—and sometimes only in particular time zones.

This “bonus moon” means we have 13 new moons in a calendar year, rather than the typical 12 new moons. And since new moons create the most expansive (highest to lowest tides), having an extra new moon might bring an epic burst of growth in a single month.

Why are black moons so rare?

Since the moon takes 29.5 days to complete a lunar cycle each calendar month, it’s rare that two new moons can be squeezed into a single month.

But every so often—or, to be exact, every 2.7 years—we get a month with two new moons in it!

Normally, there is only one new moon and one full moon per month—in other words, a total of 12 full moons per solar calendar year.

In black moon years, there are 13 new moons on the calendar, a “bonus moon” if you will.

This can only happen in a month that has 30, or usually 31, days. We will never have a black moon in February because there are only 28 or 29 days in that month. A lunar month (a complete cycle of the eight moon phases) is 29.5 days long. So that means a new moon can get skipped in February on rare occasions.

Is the black moon actually black in color?

Well, sort of. The moon is not illuminated by the Sun during the new moon phase, so any new moon will be basically invisible, or black, in the night sky.

How is a black moon different from an eclipse?

The black moon is not to be confused with an eclipse—although a black moon could be a solar eclipse, since these eclipses only happen during new moons.

We get a solar eclipse when the Sun, moon, and Earth align on the ecliptic during a new moon. During a total solar eclipse, the moon appears to black out the Sun from our vantage point on Earth, darkening the sky and creating bizarre light and shadows.

What about the 90s Hip Hop Group?

Around the same time we learned about this astrological phenomenon, we were bopping our heads to a favorite 90s hip hop group, Black Moon—and acronym for Brothers Who Lyrically Act and Combine Kickin Music Out On Nations (Try saying that quickly five times).

The frontman, Buckshot Shorty, captured our astro-obsessed attention by wearing a Scorpio necklace onstage an during a few interviews we caught. And we still can’t get enough of the Barry White remix of their track, I Got Cha Opin.

Tali had a Buckshot Shorty fangirl moment in the aughts. While taking her dachshund, Wendell, on his morning stroll, she spotted the rapper standing outside the adjacent building to her. (Yes, it was the Scorpio necklace that gave him away.) In a moment of Sagittarius nerve, Tali decided to carpe diem and ask, “Hey, um, are you Buckshot Shorty?”

Kenyatta, as he introduced himself, was both pleased and a little shocked to be recognized by a seemingly unlikely fan. The two got to talking and had the first of a few long, philosophical conversations that they shared that summer.

Yes, it was a moment, and a memorable one at that.

After all, things like this only happen once in a black moon!

Photo by Nikolo Zi from Pexels