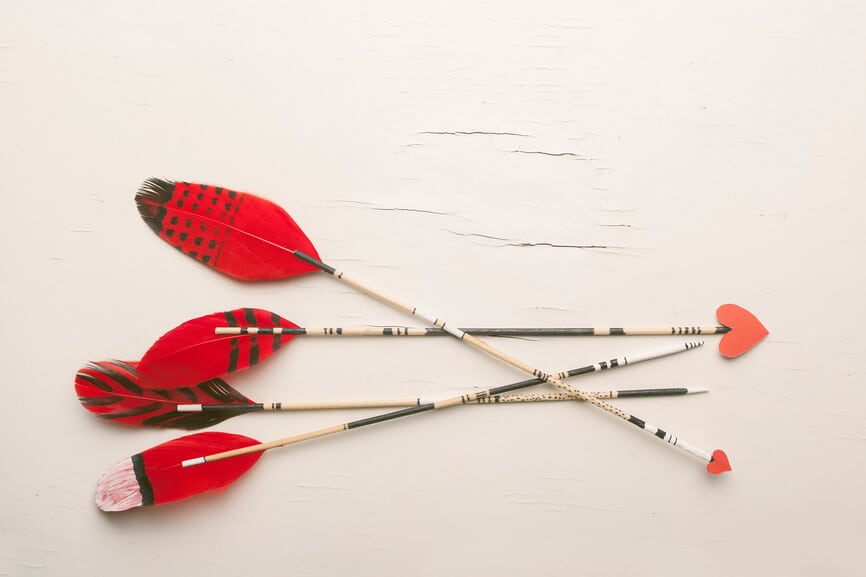 Talk about a dramatic entrance! Your February horoscope starts off pulsing with both progress and pandemonium. The month kicks off on the coattails of January’s back-to-back full moons, the grand finale a total eclipse in theatrical Leo. Midmonth, hearts will open everywhere when the dreamy Pisces new moon solar eclipse sends us straight to cloud nine.

February begins a day after the January 31 total lunar eclipse in wild-hearted, showy Leo. Turns out it’s not only March that will “come in like a Lion” in 2018. We’re surfing into February on the waves of TWO full moons that bookended January, making the second lunation a “blue” moon, a supermoon AND an eclipse all rolled into one (would Leo have it any other way?).

This was the culmination of events sparked by the August 21, 2017 “Great American Eclipse,” which left a trail of vision-protecting paper glasses and raging parties in its wake last summer. Seeds planted then are finally sprouting into something that makes actual sense. Do you feel like a different person with new priorities? You just might!

The only directive now is to expect the unexpected. Eclipses can reverberate for several days, if not all month long, and February starts off pulsing with both progress and pandemonium.

Valentine’s Day could seem like a minor event (more on that shortly), especially since it falls the day before yet another eclipse. Cupid might just have to share the stage with la luna…and a pack of cosmic canines.

On February 15, a partial solar (new moon) eclipse lands in team-spirited Aquarius, sending ripples through our communities, friendships and collaborations. While we could find ourselves scrambling to adjust to planetary plot twists, let’s not get too comfortable just yet.

In addition to being a solar eclipse, February 15 kicks off the Chinese year of the Earth Dog. After an exhausting year under the Fire Rooster’s rule (Twitter wars, pecking orders…enough already!), the collaborative and loyal Dog could come as a welcomed relief.

Luckily, this should be a more coolheaded eclipse (relatively speaking), since we’re dealing with rational Aquarius instead of drama-rama Leo. The second eclipse on the 15th will also fall on a NEW moon, putting the focus on fresh starts and bold beginnings, rather than the swift changes and revelations sparked by a full moon or lunar eclipse. With the Sun in Aquarius until February 18 (#AquariusSeason), here’s hoping the Water Bearer’s laid-back vibe can cool down some of that proud Lion’s fire.

Both eclipses will reverberate again this summer—much like they did in 2017—as another pair lands back in both Leo and Aquarius. Mark your calendar: July 27 will bring an Aquarius total lunar eclipse (the culmination of the February 15 event), followed by a Leo solar eclipse on August 11. Prepare for even more changes to your personal goals, self-expression, friendships and collaborations. Working out the balance between solo stardom (ruled by Leo) and team effort (Aquarius’ domain) is a larger theme.

On the global/political stage, these eclipses could bring more leadership changes, waves of activism, and “people vs. the power” showdowns. Leo is all about speaking up and speaking out, while Aquarius brings people together around a common cause. The January eclipse put the spotlight on Leo Robert Mueller and heated up the FBI’s investigation into Russian election hacking. It also coincided with the sentencing of Leo gymnastics doctor Larry Nassar—while emboldening over 150 survivors to testify about his decades of sexual abuse. Awards season, from the Globes to the Grammys, brought a rallying cry in support of the #MeToo movement.

February is an unusual month because there are NO full moons, which means certain storylines may not completely unfold until March. Normally, we have one full moon per month, but since January had two (on the 1st and the 31st) and February is the year’s shortest month, we won’t see la luna burst into her bodacious glory until March 1.

Valentine’s Day could be overshadowed by the eclipse, and to top it off, it falls on a Wednesday AND a “balsamic” (nearly new) moon, when people tend to be on the sleepier or less motivated side. Cupid could receive a lukewarm reception this year, and we all might be better off rolling our romantic plans into a Chinese New Year party, or waiting until the weekend to let celebrate the occasion.

Or, hang tight until Pisces season begins on February 18, a month when we shift from heady Aquarius to the heart-centered Fish. Astrologically speaking, V-Day is a bit of a scheduling error: WHY have a touchy-feely holiday during the most cerebral season? Aquarius is the sign of emotional detachment and casual connections, which doesn’t exactly set the stage for grand, gushy gestures. But tell THAT to the Valentine’s Industrial Complex. As for us, we’ll hold off and let the cosmic mermaid pull the tides of our hearts into deeper waters later this month.