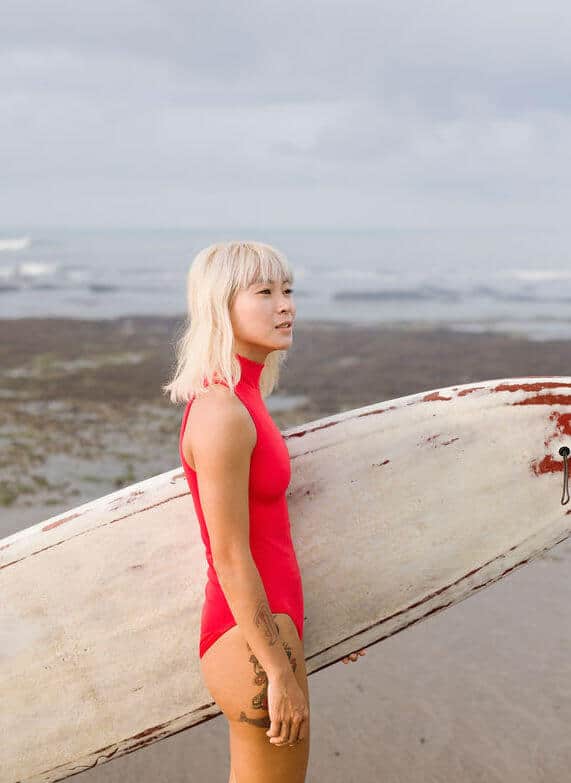 July’s energy brings us a bit of cosmic whiplash. With two of this summer’s galvanizing eclipses arriving and expansive Jupiter ending a four-month retrograde, it’s all systems go…or is it? With five planets still powered down in retrograde motion throughout the month, there’s unfinished business to handle, too.

Stay on your toes, stargazers. July is the season of surprises, as this month kicks off the second wave of 2018’s eclipses with two of summer’s three transformational moon moments arriving July 12 and July 27. Eclipses, which sweep through the scene four to six times a year, rouse the unexpected and can prompt swift and sudden change.

But while the pace picks up from these change-making eclipses, five planets will be retrograde throughout July, a time to slow down, retrace our steps and handle unfinished business. All month long, energizer Mars, structured Saturn, dreamy Neptune and transformational Pluto are in reverse, putting our mojo and motivation in low-power mode.

Expansive Jupiter is retrograde until July 10, and when it powers into direct motion—rejoice!—big plans could pick up steam. But do keep a watchful eye on your data and devices, and apply strong filters in all conversations (both verbal and virtual) once messenger planet Mercury turns retrograde in dramatic Leo from July 26 to August 19.

When the eclipses arrive, it will seem a bit like a blaring alarm clock, or a firetruck waking you up after pulling an all-nighter. Brew a strong pot of that ethically-grown “single origin” coffee—you’ll need all the backup energy you can get!

Eclipse season officially begins on July 12, when a partial solar (new moon) eclipse falls in caring Cancer that day—against the backdrop of Cancer season, which lasts until July 22. Solar eclipses mark boldfaced new chapters. Cancer is the sign of home, protection, security and family—and quite tellingly, the United States is a Cancer-ruled nation, with a “birthday” on the Fourth of July.

This new moon will kick off a two-year series of eclipses on the Cancer/Capricorn axis faling between now and July 2020, which will recalibrate the way we deal with leadership, power, work and family. As this eclipse rapidly approaches, children at the U.S.-Mexico border still await reunion with their families. The Supreme Court has just upheld a travel ban that’s created heart-wrenching panic for Muslim Americans who could be separated from their loved ones as a result. And with the retirement of Justice Kennedy, there’s a legitimate chance the Roe v. Wade will be overturned—right as the eclipse sweeps through Cancer, the sign of motherhood. Where is the Cancerian love and empathy our world so sorely needs right now?

This eclipse will fall on the same day that the bold Sun makes its once-a-year opposition to calculating Pluto, adding an air of intensity and possibly a few power struggles. Rouse your inner social justice warrior: We may need to stand up to extreme forces in order to turn this patriarchal ship back around.

Luckily, global ambassador Jupiter will end a four-month retrograde on July 10, powering ahead in transformational Scorpio just two days before the eclipse. Jupiter is all about connecting people across differences, not dividing us—and we need this divine diplomat to help us successfully share our planet.

When Leo season begins on July 22, we can expect to see some showy ego trips, but hopefully some more heart-centered and magnanimous moves as well. But Mercury—the planet of communication, technology and travel—will turn retrograde in Leo from July 26 to August 19, which could flare up drama. We’re also hoping it overturns the travel ban once again, and maybe restores a few of the “reigning” world leaders to their senses around all this.

That could all come to a head on July 27 when a total lunar (full moon) eclipse lands in freedom-fighter Aquarius, the “power to the people” sign of activism, humanitarianism and group issues. This is the very last eclipse in Aquarius from a series of Leo/Aquarius eclipses that have been bringing out fierce political upheaval since February 2017. These eclipses are a resounding call for us all to find leadership within ourselves, to gather with our tribes without spewing hate, exclusion, elitism and worse on those who aren’t part of our “group.”

Think of lions on the savannah, tightly gathered with their tribes, living communally, but also fiercely fighting off outsiders and hunting “weaker” animals with great pomp and circumstance. While Leo energy can be proud and regal, it’s also fiercely vigilant and hierarchical (if not downright Machiavellian), which works on National Geographic but not at all in national policy. Aquarian energy, by contrast, is all about the collective and democracy—which is beautiful in idealistic terms but can drift into the kumbaya clouds or “P.C.” red tape, while power and rights are stripped away. These eclipses are forcing us to find a middle ground between the extremes.

Not to minimize the awfulness happening in the world, but our planet has started to look a bit like a high school cafeteria, with everyone hulking self-protectively at their lunch tables, observing the other groups with judgmental and threatened eyes. Then, there’s that one table of people who aren’t so easy to classify and just kinda get along with everyone. THAT is the energy of Aquarius—and the vibe we’ll want to amplify the hell out of at the end of July. To rephrase the famous Mean Girls quote: “You CAN sit with us.”

One more eclipse will wrap up this series in January 2019. Between now and then, we’ve GOT to find new ways to work together, respect each other and start designing a world that works for everyone.