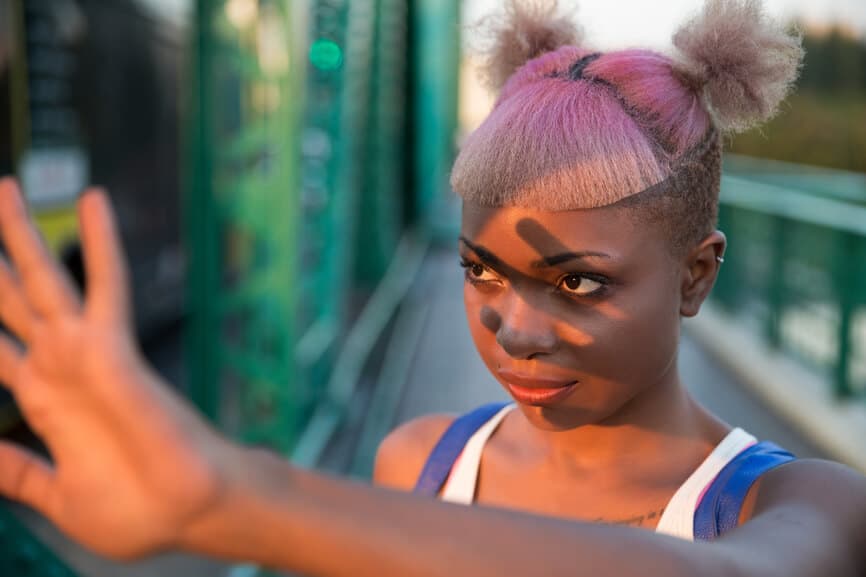 Revolutionary rumbling: still going. Outspoken Jupiter and radical Uranus lock horns in a square for the first time since 2014, driving the urge to break free from limits.

Sunday, January 17, could be one for the history books. For the first time since 2014, global, expansive Jupiter rumbles with disruptor Uranus.

The two planets crash into a fixed sign square (90-degree angle of tension)—a cosmic tug o’ war that forces us to reconcile dueling agendas. They meet at this crossroads every seven years. We’ll feel that impact in the days and weeks to come!

With Jupiter in radical Aquarius and Uranus in single-minded Taurus—there could be more jaw-dropping displays of insurgence, anarchy and rule-smashing outbreaks. This Taurus-Aquarius duel is going on all month between multiple planets, and has been since Mars entered Taurus on January 6, the same day the U.S. Capitol was stormed.

Jupiter and Uranus are both rebellious AND high-minded, and with these two planets both rooted in firm fixed signs, so January 17 could turn into a battle of ideologues.

It’s also a chance to break free from our polarized world of taking sides, perhaps reminding us that all humans have a common agenda somewhere, somehow.

Freedom at any cost—or a chance to break out of limits?

On a personal level, the Jupiter-Uranus square can be majorly liberating. But that freedom won’t come without struggle. Be prepared to speak your mind and stand up for your beliefs.

Since others may be just as fired up about their POVs, make sure you REALLY want to enter the “situation room” before you go there.

Can real dialogue happen without silencing and suppressing others? At what exact point do “free speech” and “hate speech” diverge? These are the issues that Earth’s residents are grappling with, both on land (Taurus) and in the virtual space (Aquarius). And we’ll continue to do so all throughout 2021, as more Taurus-Aquarius planetary squares fill the skies.

The urge to voice one’s truth must take into consideration that, right or wrong, factual or inaccurate, most people are convinced what they believe is THE capital-T truth. (And so staunch are we that we can easily dehumanize those who don’t align with this truth, justifying those emotions.)

How in the heck can we work with this discordant energy and create a world that works for all who inhabit it?

Coincidentally (or not), the January 17 date of this Jupiter-Uranus square falls on the Gregorian calendar birthday of Benjamin Franklin, a champion for the ideals and freedom represented by both of these planets.

It’s also the 99th birthday of Golden Girls actor Betty White, another Capricorn icon of self-expression. Chuckle if you will, but we’ll heed the theme song’s words, “Thank you for being a friend.”

Aquarius is the sign of friendship, after all. And in our book, that’s classic television-speak for Hippocrates’ famous oath to “do no harm”… or a Golden Girls’ remix of the Golden Rule to “do unto others.”

The message of this Jupiter-Uranus showdown? Whether you channel Ben Franklin, Bea Arthur or anyone in between, treat them as you would a friend.

Capricorn Martin Luther King, Jr., whose birthday is observed this weekend, said it best: “Love is only force capable of turning an enemy into a friend.”

Reach deep and find that love wherever you can.

Here’s how the Jupiter-Uranus square will impact your zodiac sign:

Aries:
It will be hard to know where your limits lie when free-spirited Jupiter clashes into a tense square with rabble-rouser Uranus. Under this complex mashup, your own value system comes under the microscope. Ready as you are to rail against societal conventions, your secretly traditional side is stomping down its Prada loafer, commanding you to stay in line. Yes Aries, some rules were meant to be broken, but others are in place for a reason. Before you race ahead (or stop the action!), play out every possible scenario. And get philosophical about the future! If I do X, then Y could happen. There isn’t ONE right path but there is a route that will make you a happier, healthier Ram—and it’s going to take a few good days of ruminating before you can uncover it. Take. Your. Time.

Taurus:
Pay attention to protocol on Sunday when devil-may-care Uranus gets T-boned by Jupiter, the galactic gambler. As the two crash into an ultra-rare square (90-degree angle), rebellious moves draw backlash from the power players. No, it’s not “all about the money,” Taurus, but if you’re contemplating a move that could put your income at risk, hit the brakes! There’s a way to express your grandiose ideas that inspire rather than offend—or at least hit the mark with YOUR intended audience. Finding the right “brand messaging” is a worthwhile exercise, and one that could launch you to new heights of success in ways that you are proud of. Take time to get philosophical. Put your radical ideas up on the whiteboard, too, but let them go through all the iterations before you unleash them to the world.

Gemini:
There’s no telling where exploration will lead when Jupiter, the boundless eternal student, squares Uranus. Take a detour from the usual sources you check for data. You could become a devotee of a new teacher who was previously off your radar. By the same token, this impulsive cosmic combo can lead you away from your good senses. Check your sources to make sure they’re credible. There’s a fine line between ancient mysticism and conspiracy theories but you won’t find it at first blush this weekend.

Cancer:
Expand your horizons when “more is more” Jupiter gets in a dynamic square with Uranus. This planetary push could nudge you out of your comfort zone and into places where you might feel awkward…at first. Stay with it. There’s something to be learned here and, even if you start out as the quiet observer, you WILL get your bearings. Conversely, you may decide to draw a tighter ring around your social circle under this rare Jupiter-Uranus square, an event that only comes around every seven-ish years. Focus on a few key relationships that you want to nurture this year and give them the attention they rightly deserve—even if you need to back out of some prior obligations in order to do so.

Leo:
How well are you balancing professional and personal aspirations? You could have some eye-opening epiphanies when, for the first time since 2014, free spirits Jupiter and Uranus crash into a complicated square. Something’s gotta give here—and we’re not talking about your sanity. Are you taking on too much? Could you benefit from the power of partnership? Or, Leo, might you need to step up your game in one area or another. Trying to be the superhero is NOT the answer. Upgrading your technology, applying (even training) in team management skills or handing over half the responsibility to a capable cohort could make your life SO much easier.

Virgo:
We know you love a challenge, but when “more is more” Jupiter T-bones Uranus, you could get a little too ambitious for your own good. Take time to map out a project plan and think about the impact any commitments will have on your health. Work-life balance isn’t just a cliche. If you’ve been slow to motivate, the Jupiter-Uranus square, the first we’ve had since 2014, can put fuel in your tanks. The key? Setting up a structure that can support you along the path to victory. Work with a coach, mastermind group or accountability buddy who can hold you to your word while also reminding you to find pleasure in the process.

Libra:
Before you unleash your liberation front, know that every move you make will be watched (and judged) as live-out-loud Jupiter in your flamboyant fifth house clashes with Uranus on Sunday. Simply sharing your joy on social media could draw backlash, making you relate a little to Libra Kim Kardashian who was scorned for posting pics of her 40th birthday bash on a private island during a pandemic. TBH, running off to a tropical island sounds pretty damn good to you this weekend. (Even better if you can escape with a sexy plus-one.) You have every right to enjoy yourself with as much Jupiterian hedonism as you can safely muster. And be sure to document every minute of it—perhaps keeping the album private, at least for now.

Scorpio:
Truth-agent Jupiter throws down the gauntlet with disruptive Uranus, which could lure you into a pursuer-distancer dynamic. With these planetary libertines locked into their first square (90-degree angle) since 2014, your need for ultimate freedom duels with your desire for locked-and-loaded security from the people in your life. It’s not that you CAN’T have it both ways, Scorpio, but asking people to give you something you can’t return is a recipe for resentment. Every connection is unique, so avoid extremes and try to negotiate the right balance for each relationship. Consensus is harmony!

Sagittarius:
Be mindful of your messaging when your ruler, outspoken Jupiter in your third house of communication, clashes with shock jock Uranus. This is their first square (90-degree angle) since 2014, a transit that can wake you up to “the truth” as easily as it can lead you down the garden path. Your beliefs and ethics may come under the microscope. Get philosophical! Maybe you’ve been going along to get along, but you no longer feel in sync with the beliefs of your neighbors or peer group. But it may also be too soon to rush in with a strong reaction. Give yourself a moment to not only formulate an opinion but research it from every angle. What’s right for YOU will emerge as you explore a wider range of perspectives.

Capricorn:
Uranus’s direct turn in the fifth house can also bring an unexpected 15-minutes (or longer) of fame, especially when live-out-loud Jupiter dances into a dynamic square with the side-spinning planet for the first time since 2014. If you’re planning to put yourself out there this Sunday, make sure you’re representing true to form. Be polished, but not untouchably so. Be proactive but avoid “toxic positivity.” You can still uplift people by acknowledging their pain. When it comes to money, don’t go spending fast and loose. Sleep on it, Capricorn, because even a limited-edition, never-to-be-found-again item won’t spark joy if it leaves you in the red.

Aquarius:
Do you need to assert healthier boundaries with your people? Even the ones you love most can drain your energy as indie-spirited Jupiter in Aquarius squares Uranus for the first time since 2014. Forget giving till it hurts! You’ll just snap if you do that. And once you cross that line, Aquarius, your rarely seen (but infamous!) temper can do major damage. Before you say something you regret, just say “No, thank you” or “I can’t right now.” Then, once you’ve had a spot of restorative “me time,” strike up a conversation about your feelings, wants and needs—bearing in mind that people may have no idea that they’ve crossed a line with you.

Pisces:
When freedom-loving Jupiter squares Uranus, you’ll need to practice extreme discernment with your casting process. An enchanting raconteur may slip through the cracks, dazzling you with their visionary ideas and lively conversation. Alas, this person might be a better sounding board than an actual collaborator. What it requires to bring them to life requires a totally different skill set—one that’s more about humble action than humble brags.