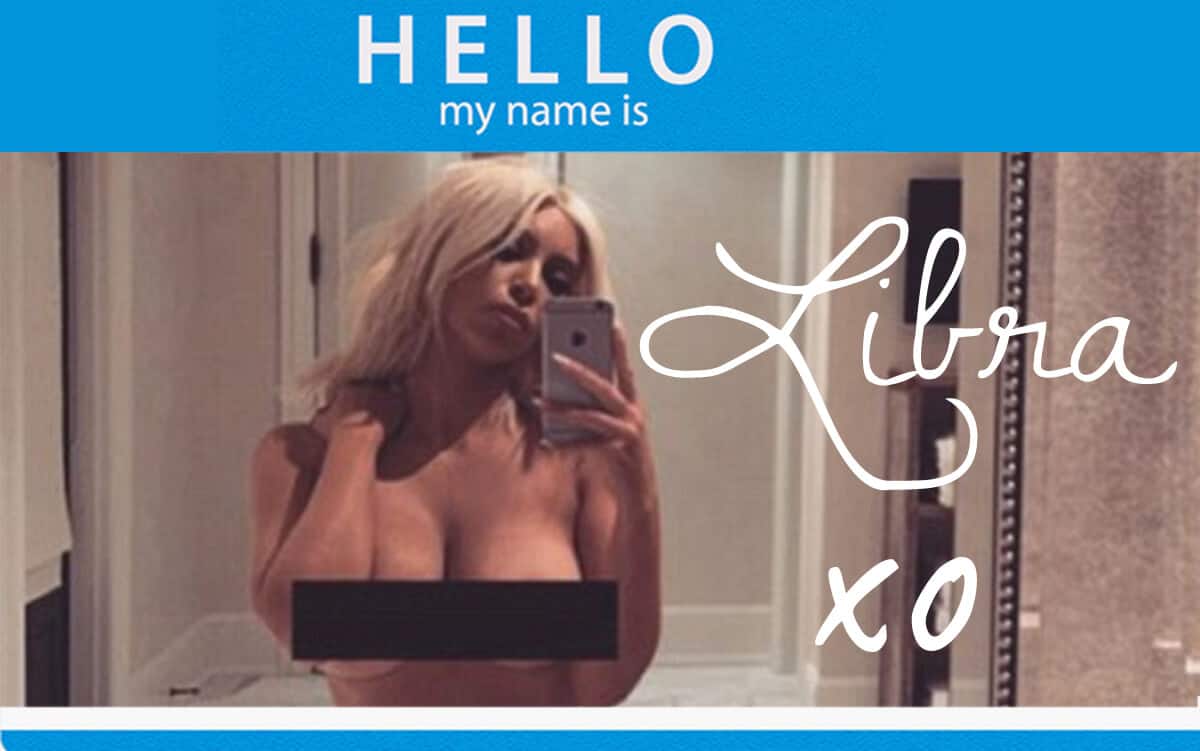 This week, Libra Kim Kardashian posted a nude selfie. And some people—including our beloved Sagittarius starmate Bette Midler—had snarky things to say about it. And so, a virtual girlfight erupted on International Women’s Day. Naturally, we looked to astrology for answers.

It was no coincidence—at least, to us as astrologers—that the online brouhaha happened right at a ground-shaking solar eclipse in sensual Pisces. Kim’s cosmic timing couldn’t have been better: As a head-turning eclipse beamed into the Sign of the Siren, she posts her Portrait of a Kardashian as Modern Mermaid on Instagram. (That’s what we would title this snap, anyhow.) Womanly curves unleashed—boom!—in your face. But Pisces rules the unconscious and passive-aggressive barbs, and it seems that Kim’s self-love was a little TOO much for some other celebrities to handle. She was quickly shamed on social media by Sagittarius Bette Midler (who, for the record we think of as an icon—especially in her 1970s “Bathhouse Betty” days, when she rose to fame performing in a gay bathhouse).

The Twitter pot was further stirred by Aquarius Chloe Grace Moretz (who posed nude on Nylon’s January cover—wha?!) and Aries Piers Morgan, who decided that as a man it was his God-given right to determine just how much nudity and under what terms a woman can acceptably reveal. 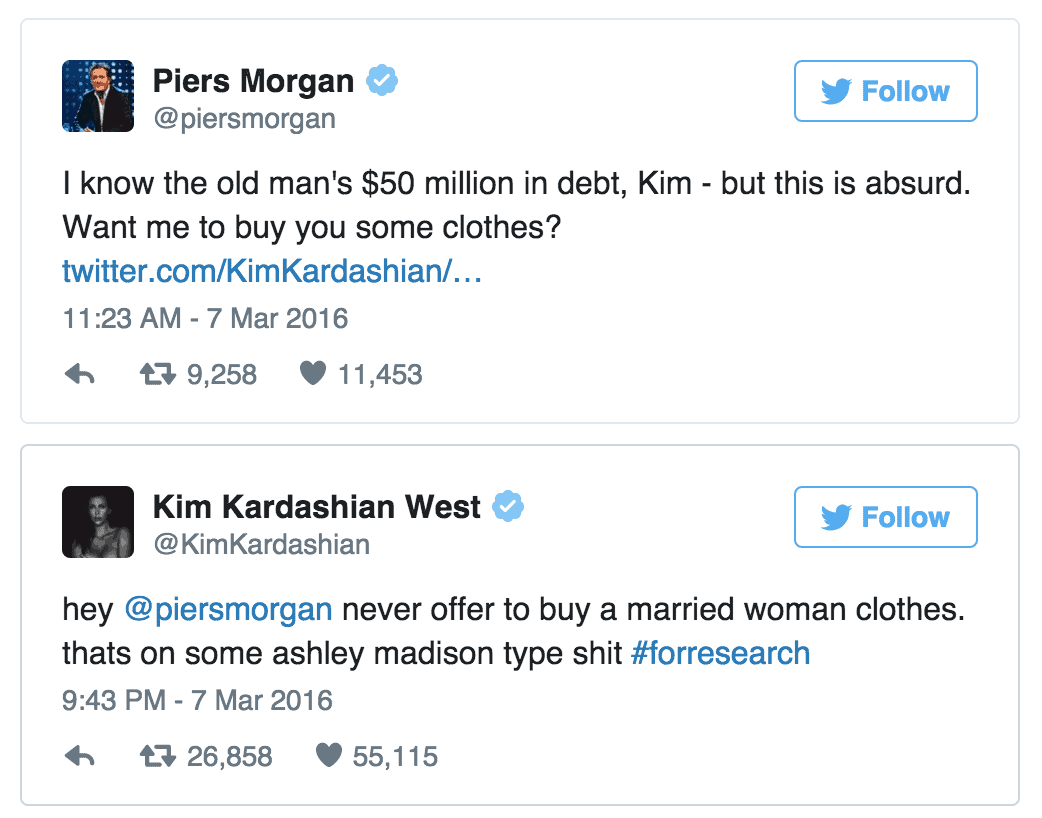 Here it is, Women’s History Month and International Women’s Day, and we’re gonna reach into our feminist roots for a celestial sound-off.

What Kim’s horoscope—and the female gaze—have to do with it:

As a Libra with a Pisces moon, Kim Kardashian has been gifted with Venusian beauty and Neptunian glamour—and with her Sagittarius rising, a bountiful booty to boot. So in that moment, she was confident. Feeling herself. She took pleasure in photographing herself—her OWN gaze, at least before she Instagrammed it—was the only one that mattered. A woman in love with herself? If that’s not feminist, we don’t know what is.

Let us consider Kim’s gaze: Although her camera is aimed at the mirror—this titillating vista WOULD one day be shared with her 90 gazillion followers—Kim Kardashian’s skin-baring photo does not seem to be “for us.” From the looks of it, she stepped into the bathroom with her iPhone and thought something like, “Damn. I look bangin’. I must take a picture.”

And unlike millions of other women (ourselves included), she probably didn’t immediately spiral into a litany of body-bashing thoughts, second-guessing herself or deleting the shot from her camera seconds later. Was this because she knew people would dig her picture? No. It was because SHE looked in the mirror and liked what she saw. Or so it would seem.

In a world where it’s considered normal for women to dislike their bodies—and “weird” if they do—that is a radical notion.

With a total lunar eclipse coming in Libra on March 23, Kim’s zodiac sign is getting fierce and full-frontal. She didn’t even need her incendiary husband to write her uncharacteristically aggressive (but well-deserved) comeback tweets. (#burn) You hear that, world? Libras. Ain’t. Gonna. Take It. No More.

And if you follow people’s signs, let’s get honest: Have you ever met a Libra that didn’t love their looks…at least a little bit? Our younger sister Leora shares KK’s Sun & rising signs and has been prancing shamelessly in front of mirrors since she could walk. She now holds weekend workshops teaching women to revel in the pleasure of beauty, self-care and sensuality—something she models with her own genuine curve-embracing abandon.

And fellow Libra Sharon Osbourne shared a nude selfie in support of Kim, too. So yeah, if you don’t believe in astrology, here are three pieces of evidence. 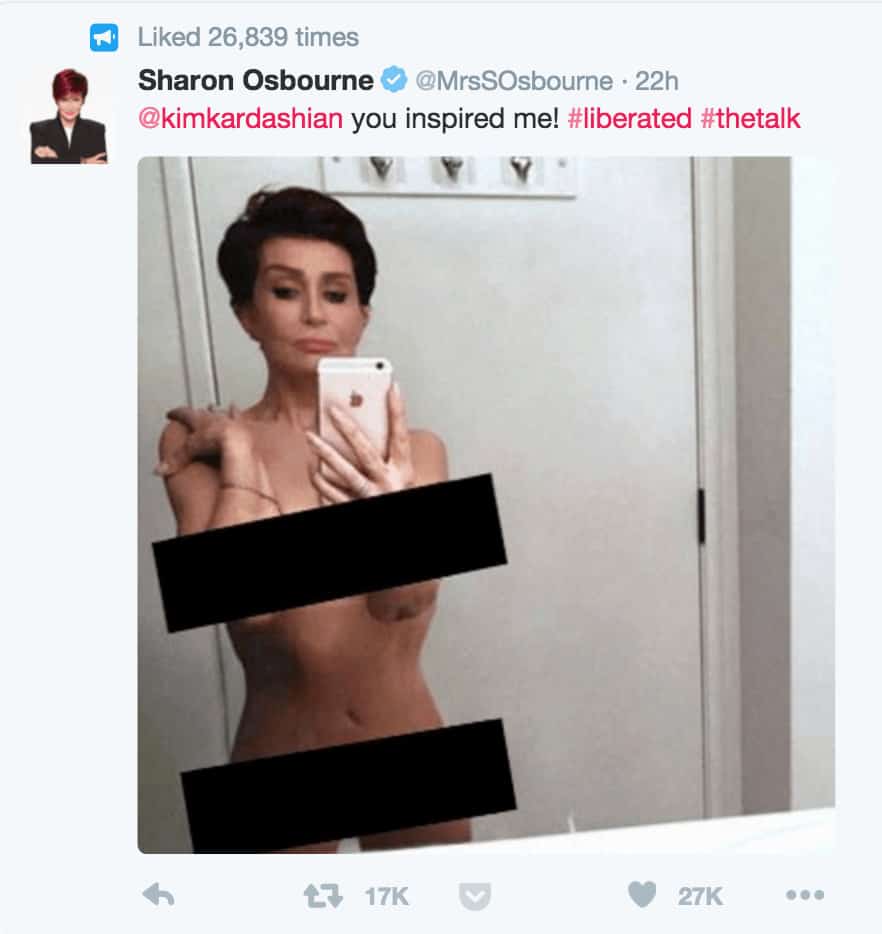 Not to say that the Kardashians haven’t participated in the diet and body modification industry (hello QuickTrim weight loss controversy, Kylie’s lip fillers and Khloe’s exercise obsession…to name a few times). But no matter what WE think, it’s their right to do whatever the hell they want with their bodies. If they want to go on TV and declare self-love while also constantly altering their faces and bodies under public scrutiny, we can’t stop them, even if it leaves us confused.

It may be these mixed messages that really rankle Kardashian fans and detractors alike. Never before has a family been so “real” and so artificial all at once. For every Kardashian action, there is an equal and opposite reaction. They publicly weathered the transition from Bruce to Caitlyn (which we documented astrologically here), an act of extreme generosity in our book. They also changed every hard consonant C-word in the dictionary (except “contouring”) to begin with a K—an etymological atrocity in our book.

And this, to bring it back to astrology, is pure Pisces pandemonium. The captivating contradiction. The blurred lines between reality and fantasy, role models and bad influences, The gated Calabasas-rich exclusion and the 24-hour social media accessibility. The siren that lures you into its depths and either marries you or drowns you. Or maybe both.

Eclipses find us acting out of character, where the normally-nice Libra fires off mean-Tweet comebacks. And a Pisces eclipse in particular reveals what’s hidden in the shadows—projections, hidden agendas, glass house-dwellers tossing stones. Bette Midler was called out as a “fake friend,” only to sourly repond that Kim couldn’t take a joke as well as she could take a selfie. Chloe Grace Moretz, who tasked Kim to be a role model in ways she wasn’t herself, was silent. And Piers Morgan, perhaps because he’s one of those Aries men who thinks his every bodily noise should win a Pulitzer Prize, penned an op ed. 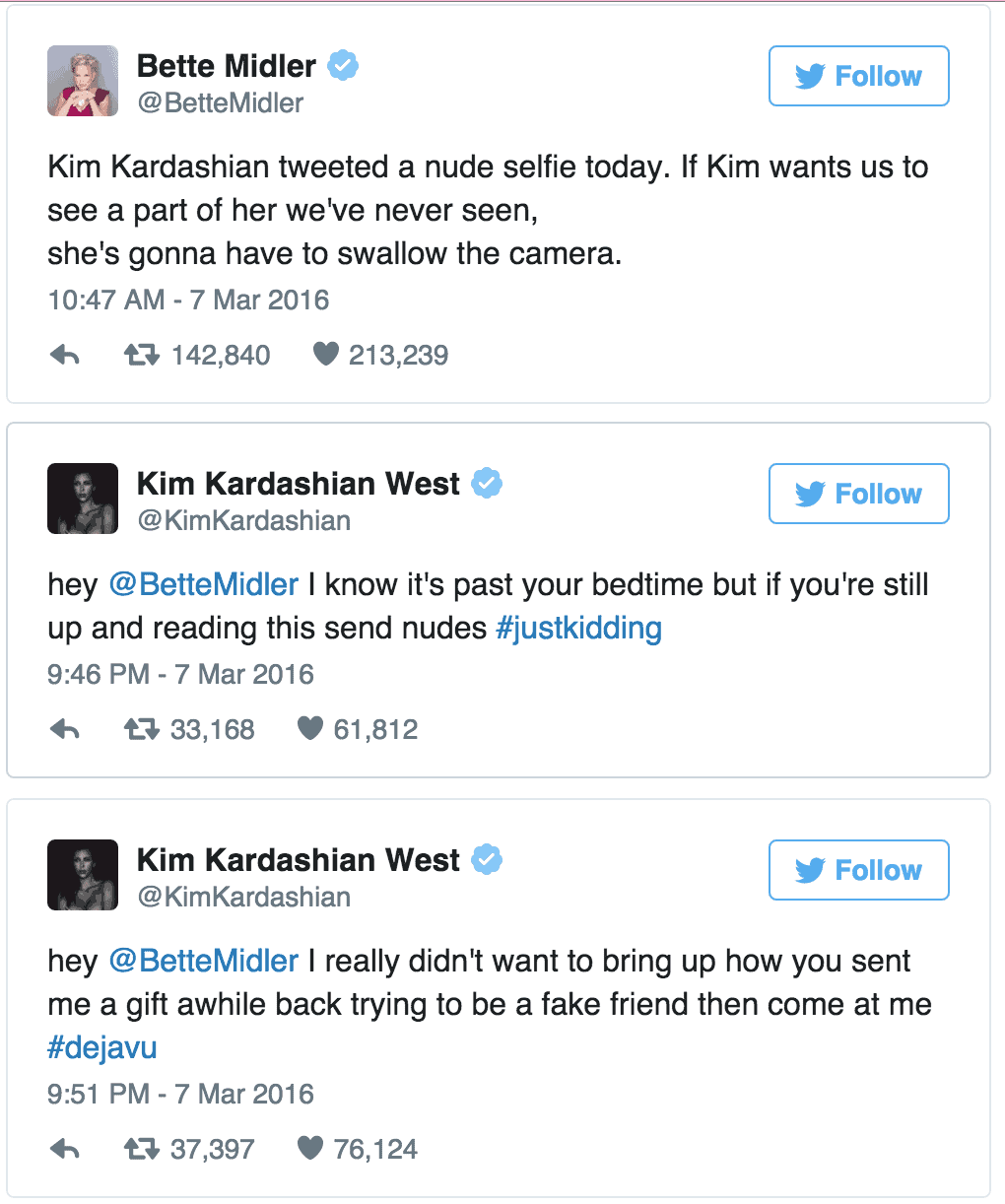 Astrology: An end to the madness?

We came by astrology because (we’ll admit it), we wanted to understand the guys we were dating—or trying to date—back in our 20s. But we stuck with astrology for its core and underlying ethos of ACCEPTANCE FOR ALL. Sure, the zodiac divides us into 12 neat categories. Yet, it’s not divisive. We’re all equally amazing and fucked up in the lens of astrology. It’s fair game.

It also offers a shot at redemption. Astrology gives us permission to accept our quirks, explain and understand parts of ourselves that don’t fit neatly together. With a spectrum of signs and character traits, horoscopes let us have fun embracing our differences instead of polarizing us.

Let’s call it Planetary Pluralism. It’s a movement that our Sagittarian sensibilities can get down with.

We spent our formative years publishing a multicultural women’s magazine, editing a book about body image and working at Ms. magazine. All the way back in the 1990s, we wrote and talked about tough issues (race, ethnicity, class, gender, sexuality, ableism, immigration etc.) that made people uncomfortable. It was necessary work, but the audience was small back then.

Astrology, on the other hand, has given us access to millions of readers who can HEAR the same messages of inclusiveness and empowerment when presented through the filter of a daily horoscope.

Because truthfully—as horoscopes and naked Kim Kardashian may prove—unless we love ourselves, we might not be all that kind to other people, even when we dislike the choices they make.

In a weird way, astrology makes it safe for people to take personal responsibility for their “stuff.” In astro-land, we can own up to being less than perfect and enlightened, recognizing that we’re all messy and mixed-up human beings, because none of us have it figured out anyway. Heck, even Sagittarius Bette Midler was true to astro-form by firing off a blunt, brassy Tweet without realizing how below the belt it would land.

So we can’t help but summon the silent battle cry of our solar system: Live and let live, people.

It’s not easy. But it’s what we’ve gotta do. It’s time to “eclipse” these outmoded Madonna/whore dichotomies and other polarizing paradigms out of our cultural scripts. Women’s History Month could use a star-powered makeover. Strip down, button up—we don’t care—and let’s get on to more important matters than what people are (or aren’t) wearing.

In times like these, we might call upon Virgo and Patron Saint of Sisterhood, Beyonce, to get us back in feminist formation. B, please remind us: Who runs the world?