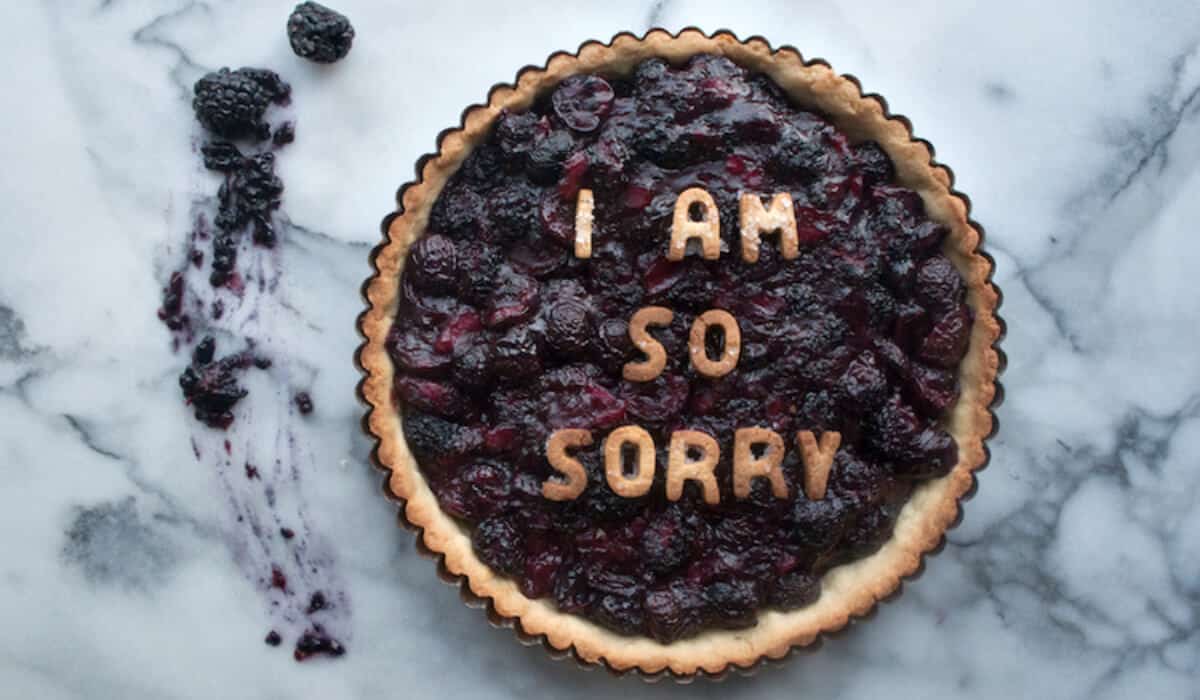 With U.S. families celebrating Thanksgiving in the wake of the polarizing presidential election, we don’t expect anyone will be able to avoid talking turkey about Trump their red state relatives. The Jupiter-Pluto square arrives on Turkey Day, meaning there’s just no way these two planets are going to let us off the hook without opening the table for discussion. And for that, we’re thankful.

When November 24 arrives, philosophical Jupiter in Libra, the sign of justice, will form a tense square to control freak Pluto in conservative Capricorn, erupting tension like a brewing volcano. Thought you could avoid those “taboo” topics at the dinner table? Guess again. This may be one of the most provocative days of 2016. If you don’t want to stick a fork in any important connections, like, say, with a parent who voted on the opposite ticket than you did, you might even rethink your Thanksgiving plans this year.

But is there a way to use Libra’s harmonious energy and attempt to normalize the holiday? Is it possible to balance gratitude and small talk with politics and poison? We’ll all get a hearty dose of truth serum to wash down our turkey/tofurky dinners. Since November 21, outspoken Sagittarius, one of the zodiac’s most candid signs. This four-week phase could help bring even more passionate voices into the discourse—complicated as they may be—until December 21.

Tip: The skies will be much calmer over the weekend if you can delay until a Sunday dinner. Or, you could always serve your meal buffet style so people can strategically avoid each other, instead of roping the whole table into a fiery diatribe. Both Jupiter and Pluto are prone to excess. Go easy on the emotional eating and libations, as this is a transit that can certainly drive one to drink.

The two potent planets will form the first of three exact squares (90º angles), throwing shade at each other for most 2017. (The follow up squares will take place on March 30 and August 4, 2017.) During these squares, Jupiter will be rolling through Libra, a sign that advocates for peace and fair balance of power. Can love trump hate? Jupiter, the planetary gambler, is betting on it. This candid planet won’t forgive us for keeping quiet about human rights violations, insanely unfair laws, or other proposed rescinding of rights. Libra is the sign that rules matrimony, in fact, so here’s hoping that lucky Jupiter’s protective beams hover over the Marriage Equality Act.

Pluto, on the other hand, is halfway through a sixteen-year tour through Capricorn, the sign that rules governments, corporations, the economy and yes, the patriarchy. In a way, this gives us hope. Pluto can be sinister, but he can also be the great transformer of the skies, burning down institutions so they can be rebuilt from the ground up. Just look at what happened in 2008 when Pluto first swooped into Capricorn: Banks fell to their knees, needing government bailouts. We got Barack Obama, our first black president. There was chaos and there was a climate of hope. “Yes, we can” was the rallying cry. And here we are at the halfway point of Pluto’s tour de Capricorn, which lasts until 2024. As Newton’s third law states, “Every action has an equal and opposite reaction.”

As we hover at this Plutonian pivot point, we have a choice: Surrender into silence or push ahead for the REAL change, making America truly great for all citizens.

In astrology, Jupiter is the ruler of high-minded Sagittarius, the sign that governs cross-cultural harmony, global relations and also the law. Jupiter’s high-minded presence is a call to stay awake and stay focused on justice. And with heart-centered Libra helming this operative, it’s time to revive the #LoveWins hashtag—and #StrongerTogether too.

Okay…but HOW to get through Thanksgiving?

We say, give yourself permission to laugh. We ALL need the release. Vent your frustration with a belly-shaking howl. Infuse satire into your rants. Embrace the power of the pun! Ophi recently pioneered a a protest-baking movement called #ImpeachPie…which is turning into a bit of viral kitchen activism among her friends. Slogans like “bake America great again” may not keep a white supremacist from becoming chief strategist—but at least it provides some comedic relief for now.

As our second-wave feminist foremothers loved to say, “The personal is political.” The key is finding your own patch of peace and glimmer of gratitude this Thanksgiving—while refusing to fall into neither food coma nor political slumber.