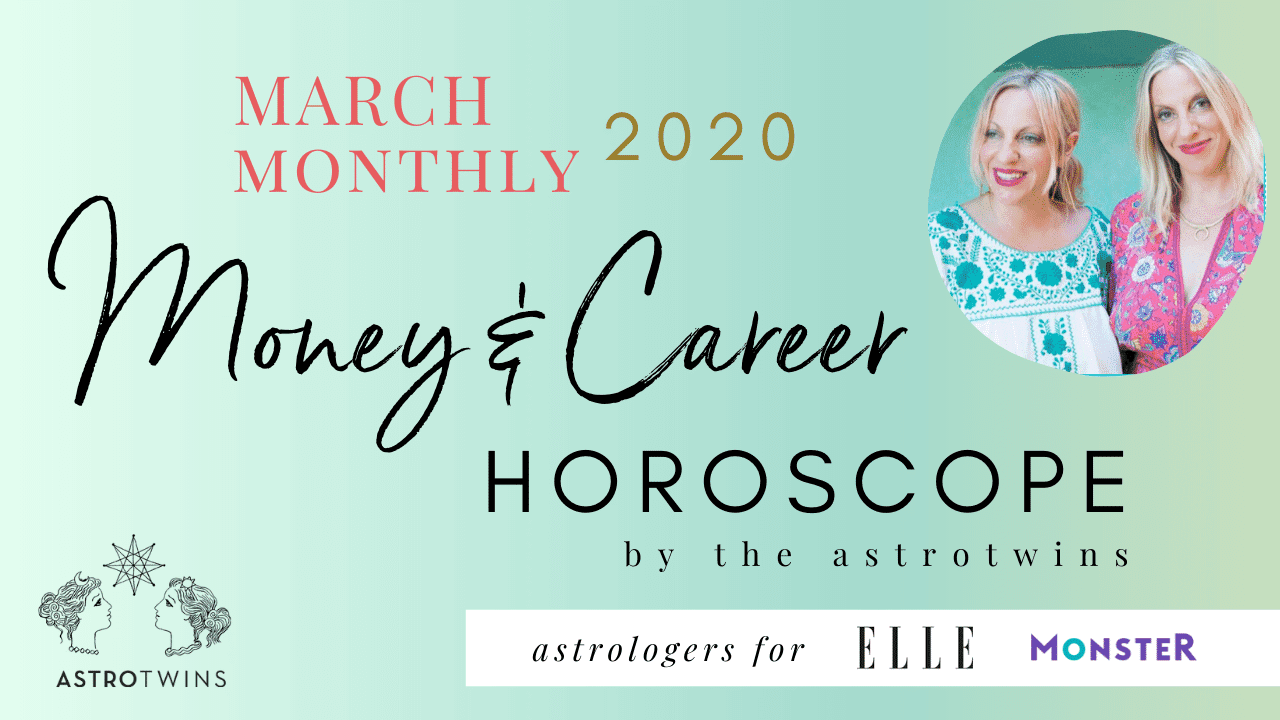 The month begins with the end of the first (of three) Mercury Retrogrades this year. Mercury, the planet of communication, technology and travel, did its backspin in Pisces from February 16 to March 4, and completes its retrograde in Aquarius until March 9. It’s not surprising that the coronavirus outbreak took foothold during a Mercury Retrograde.

The second half of the month will be led by Mars and Jupiter meeting at the same degree of Capricorn (on March 20) that Saturn and Pluto met at on January 12, the date that triggered much that’s unfolding now on the world stage. But it could be a lucky day! Hope and risk-taking are the themes you can concentrate on during this powerful meet-up. We could be positive economic news or opportunities. If you’re looking for work or preparing to launch a product, Mars supports your efforts as the planet of courage. It could be your chance to seize the moment!

Aries season also begins this month, on March 19. Aries is the first sign of the zodiac and falls on the spring equinox. It’s like hitting a reset button on anything you want to start fresh.

Mars and Pluto meet up in Capricorn on March 23 and the vibe could translate competitive. Expect to feel some highs and lows that day. We could also see financial markets move in dramatic ways. But we’re ready to make a plan with the Aries new moon the next day, on March 24. The big unknown is the effects of the coronavirus on the engines of our economy (see our post, 8 Things Astrology Says about the Coronavirus Outbreak, for a deep-dive into this topic).

Meanwhile, Saturn moves into Aquarius on March 21, where it drops in briefly, until July 1, and then settles from December 7 to March 7, 2023. Saturn’s last visit to Aquarius was 1991-1994. The slower-moving outer plants are useful to page back into history for clues. Could this transit reshape society and the economy?

Aquarius represents groups and society and with the continued fear of coronavirus and its affects on our lives, work and business, could more quarantines be in store, more conferences canceled and flights grounded?

The Economy and Your Wallet

As Mercury turns direct, there is a Virgo full moon on March 9 to usher in a focus on health and wealth and information. Will its illumination shine light on facts and bring a wave of health on the world?

The volatility will be felt, however, as a foursome of planets converge in Capricorn until March 21. It’s not unusual for that many planets to be in one sign, but these particular planets don’t come together often and they will leave their mark.

On March 30, Mars and Saturn come together in Aquarius. These are malefic planets, known to bring challenges. Think of Mars as the gas, Saturn as the break and brace yourself for some whiplash. Your best plan for your March 2020 money and career horoscope? Have one!